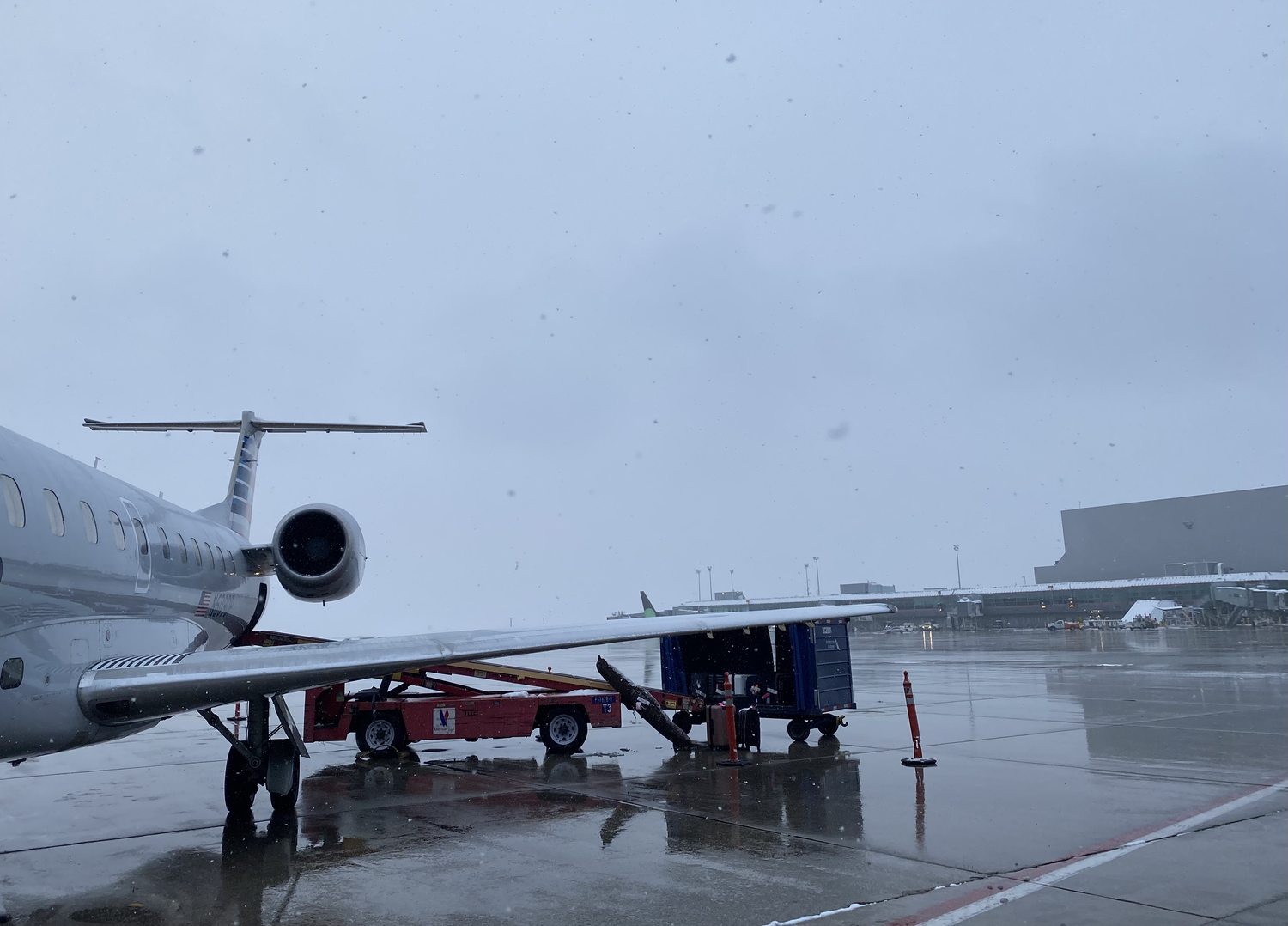 Dear Boston and your terrible winter weather (and to the airline that caused my misery which I would totally namedrop if I could),

All I needed from my weekend trip to New York was to make it to my silly little orthodontist appointment to fix my silly little crossbite that resulted from my silly little retainer that didn’t fit my silly little teeth. I promised I was going to come right back, but I guess you just couldn’t bear to see me leave because you made me stay at the airport for ten horrendous hours until you eventually canceled my flight. And I totally get it, you might say, “Annette, you should have known better! Harvard Today told you that it was going to snow the day you were supposed to leave.” That’s a really great point, but what was I supposed to do?? My airline didn’t cancel my flight and I’m a broke college student who didn’t buy insurance for her tickets and didn’t want to pay a fee to move them to another day, okay??

So, I braved your snow and took the T and the airport shuttle (alone for the first time), made it to the Boston Logan International Airport, and got through TSA. I was waiting patiently for my flight to take off when the nice flight attendant announced that there were small delays but that we would be taking off shortly. That was a BIG FAT LIE but I didn’t know it at the time. Naively, I went about my life FaceTiming friends and trying to get through some lecture slides.

After about an hour of waiting, the announcement came that changed the course of my evening, night, and early morning. Apparently, there had been a small little detail that the airline had failed to mention before which was the fact that WE DIDN’T HAVE A PILOT. So, you might be wondering, “What’s that gotta do with me?” Well, you see, the pilot was supposed to have flown from New York to Boston, but since it wouldn’t stop snow storming, the poor man was stuck in New York. I hope by now, you feel just a tiny bit of sympathy. Unfortunately, this was just the beginning of my struggle.

At this point, I’m panicking a little bit but trying to keep calm. I’m sitting by myself not knowing what to do when I see a group of people go up to the flight attendant to ask if they could change their flight. Normally, this is something that I would never, ever do because advocating for myself gives me ~anxiety~ but I figured it was time to put on my big girl pants. I went up to the flight attendant and she told me that I needed to go to the “Just Ask” desk if I wanted to change my flight. I did as I was told and waited half an hour on a line (which was a recurring theme of the night). When it was finally my turn to speak with a customer service worker, I was faced with my worst nightmare: making decisions.

TL;DR: there were two flights that were going to New York around the same time. One flight had no pilot and the other flight’s plane was frozen. Since I am indecisive, I let the nice worker (who was avoiding giving me definitive advice, probably so she wouldn't get sued or something) to choose for me. She hesitantly suggested that I go with the frozen plane because they said they could fix it soon. In hindsight, this was a HUGE MISTAKE.

At the time though, I was so proud of myself for taking initiative and ~adulting~ to the max! Again, I was totally wrong. It took hours for the maintenance trucks to come and start spraying steam at the plane. At this point, everyone at the airport was getting pissed, but the airline kept insisting that we would be taking off at some point that night. You would think we would all give up and leave at this point but I guess everyone, myself included, passionately wanted to leave Boston (because why wouldn’t we).

The next thing we knew, the airline was telling us that the flight had been canceled due to the maintenance issue that they said they would fix. So what did they do? They moved us back to the flight with no captain because apparently, now there is a captain! Crazy right? Well it gets even crazier.

I ended up boarding the plan. We were told the plane just needed to be defrosted for 15 minutes and then we would be taking off (neither of which ended up happening, FYI). Nonetheless, we all sat there in the musty plane for a good two hours until the captain hit us with the devastating news that the flight had not been canceled yet (what does that even mean???) but it will be (again, what does that even mean????). Our only “options” were to either go get refunds or stay on the plane until the flight was canceled. What really was the cherry on top of the whole fiasco was overhearing some guy proudly telling his girlfriend,“Babe, they just want us to refund our tickets so we can’t sue. We have to stay on the plane” (cue the eye roll).

At this point, it was well past 2 a.m. and I was so sick and tired of the airport that I ran up to the front desk and waited another half hour to ask for a refund. I gave up ever leaving Boston at this point. With whatever sanity I had left, I hailed an Uber and went back to my dorm. So, Boston: abcdefu and your airport and the airline and your snow and your broken down planes that I wish I could never see again but had to because the first thing I did the following morning was booked another ticket to New York (through another airline) and left.