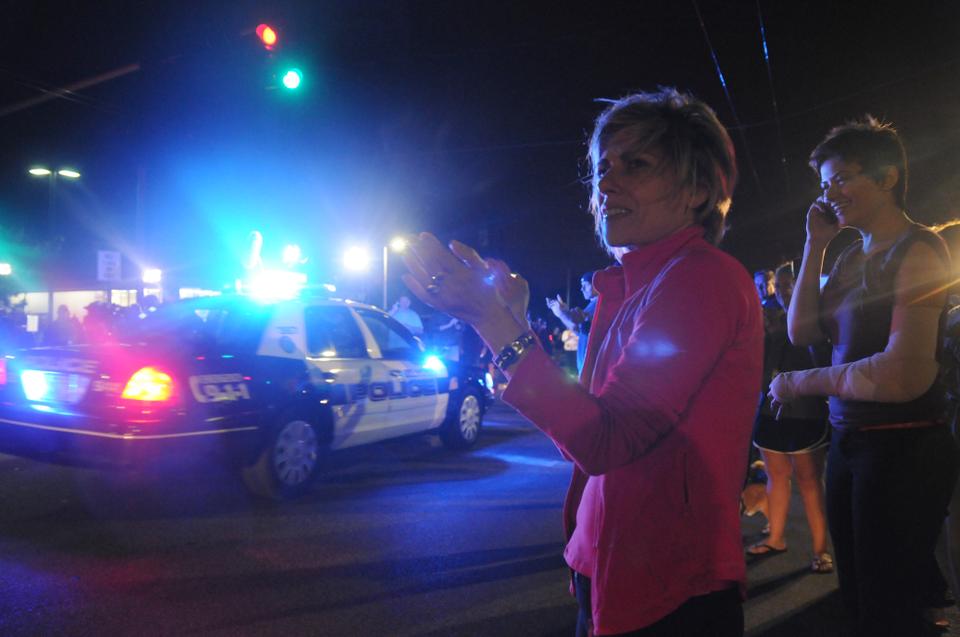 A Round of Applause - An onlooker applauds as police units withdraw from the scene of Dzhokhar Tsarnaev's capture in Watertown friday evening. Neighborhood residents lined Mt. Auburn St. to recognize emergency officials as they left the scene. By Mark Kelsey 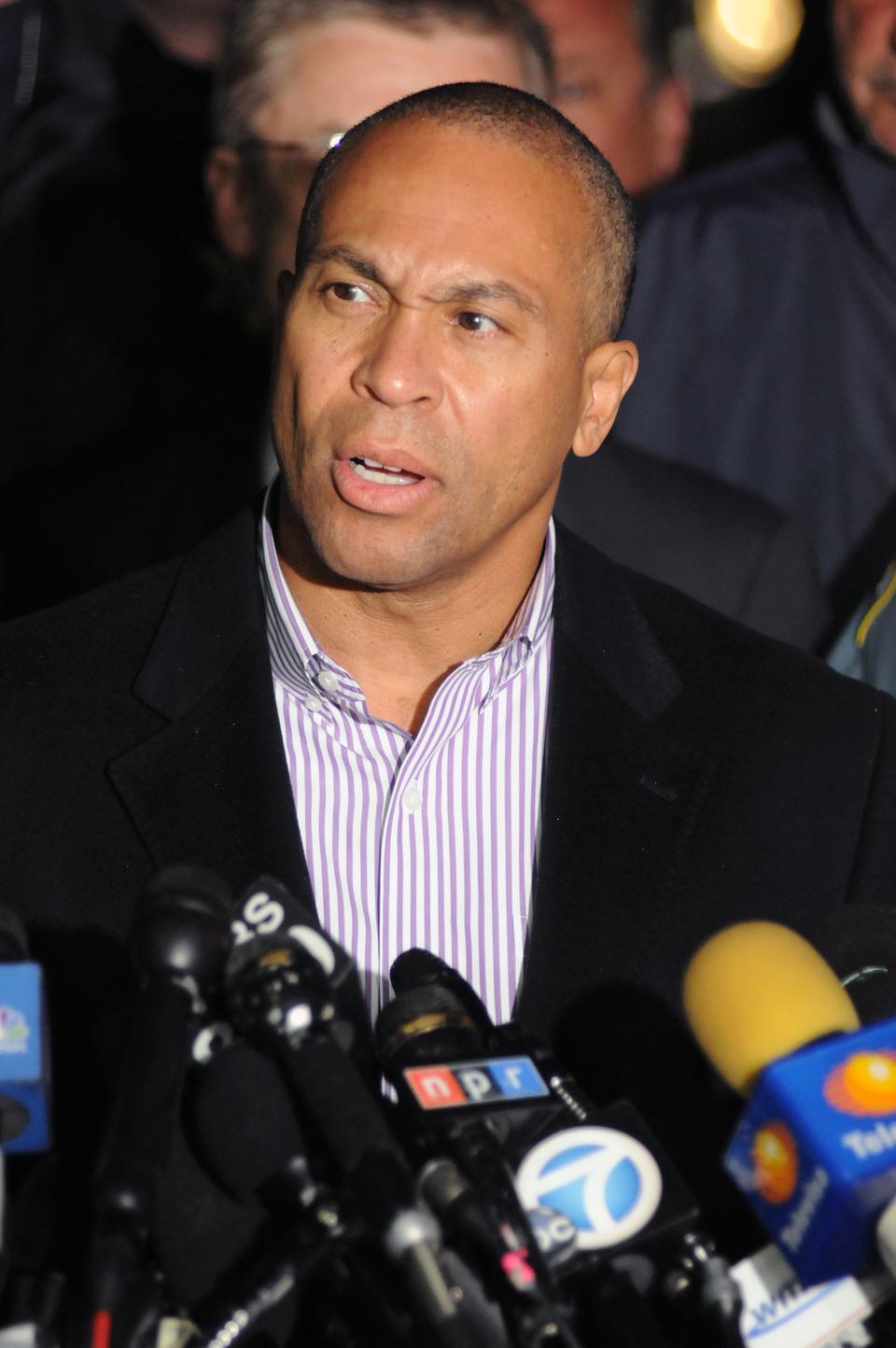 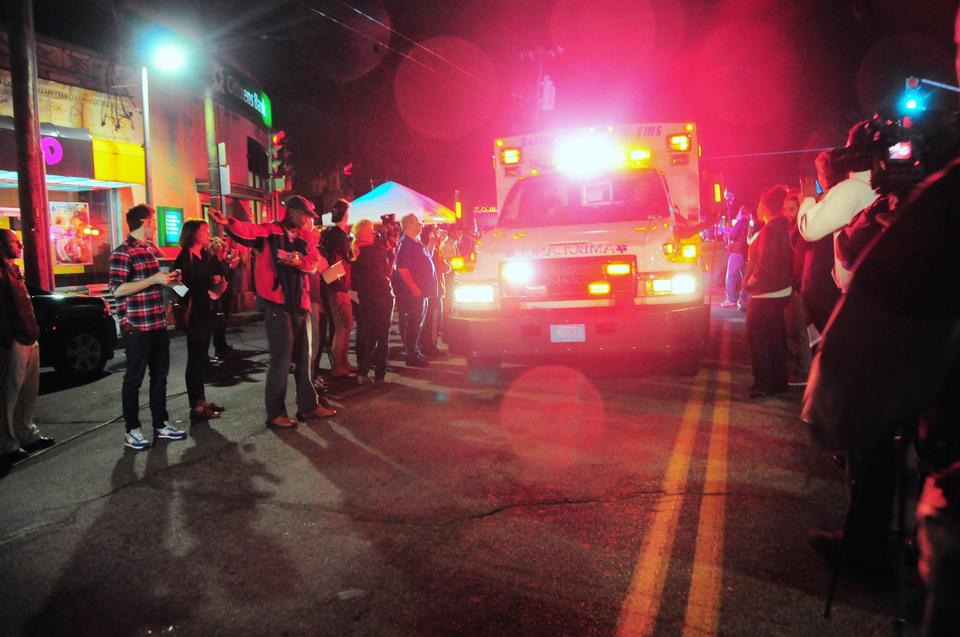 Mt. Auburn - Assembled crowds cheer as an ambulance passes by on Mt. Auburn Street after its departure from the scene where Boston Marathon bombing suspect Dzokhar Tsarnaev was apprehended by police on Friday evening. Bystanders cheered "USA! USA!" as police and fire vehicles exited the perimeter of the scene By Jessica C. Salley 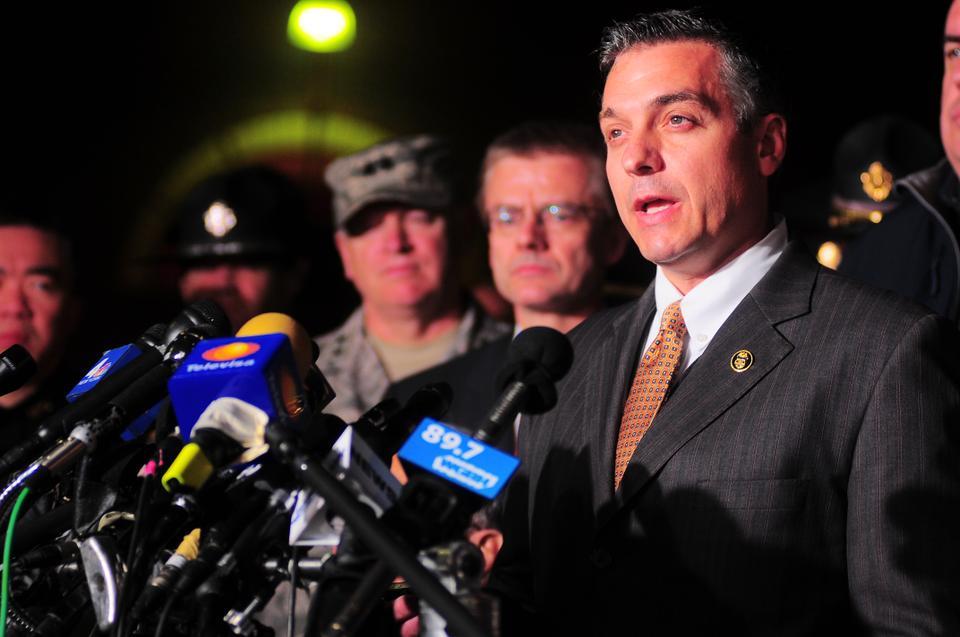 Marquez Speaks - Gene Marquez of the Bureau of Alcohol, Tobacco, Firearms and Explosives speaks at a press conference on Friday evening following authorities' taking Boston Marathon bombing suspect Dzhokhar Tsarnaev into custody. Marquez thanked the public for their support of the ongoing investigation, which shut down the Boston area on Friday. By Jessica C. Salley 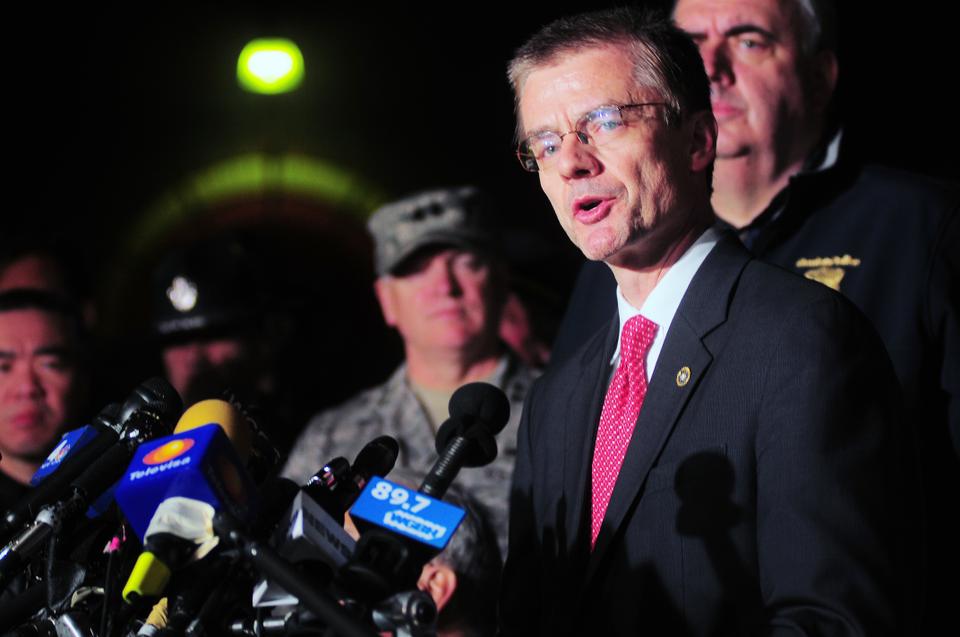 FBI Update - FBI Special Agent in Charge Rick DesLauriers speaks about the ongoing investigation regarding Dzhokhar Tsarnaev following the Boston Marathon bombing suspect's capture on Friday evening. DesLauriers said that a "variety" of witnesses were still being interviewed in the case. By Jessica C. Salley 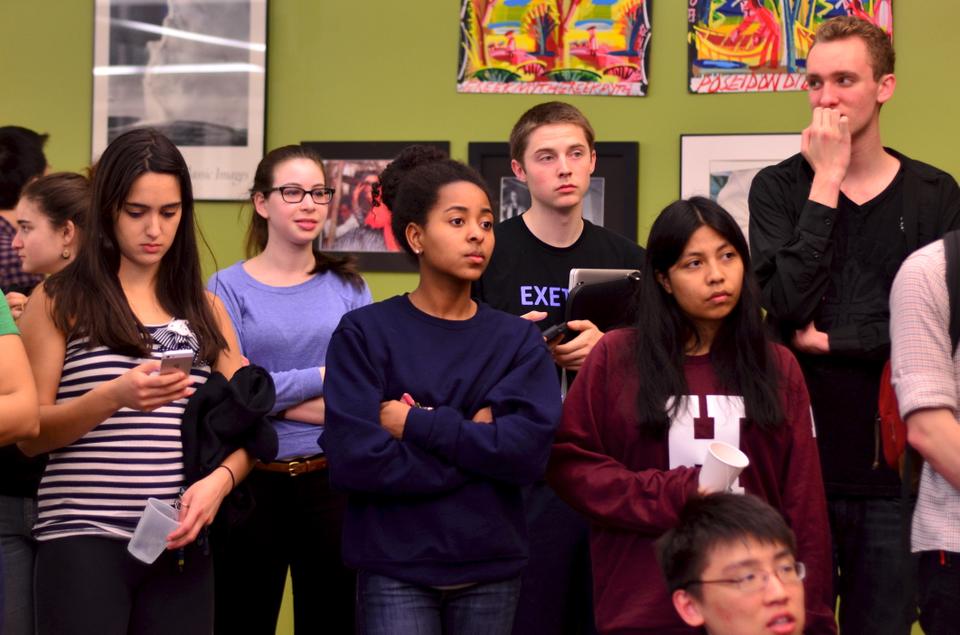 Students Gather - Residents of Currier House attentively watch the breaking news report of the Boston marathon bomber manhunt, gathering around the television on Lower Main on Friday evening. At the time this photo was taken, police had just located the suspect in a boat in the backyard of a house on Franklin Street, Watertown. By Sarah P Reid 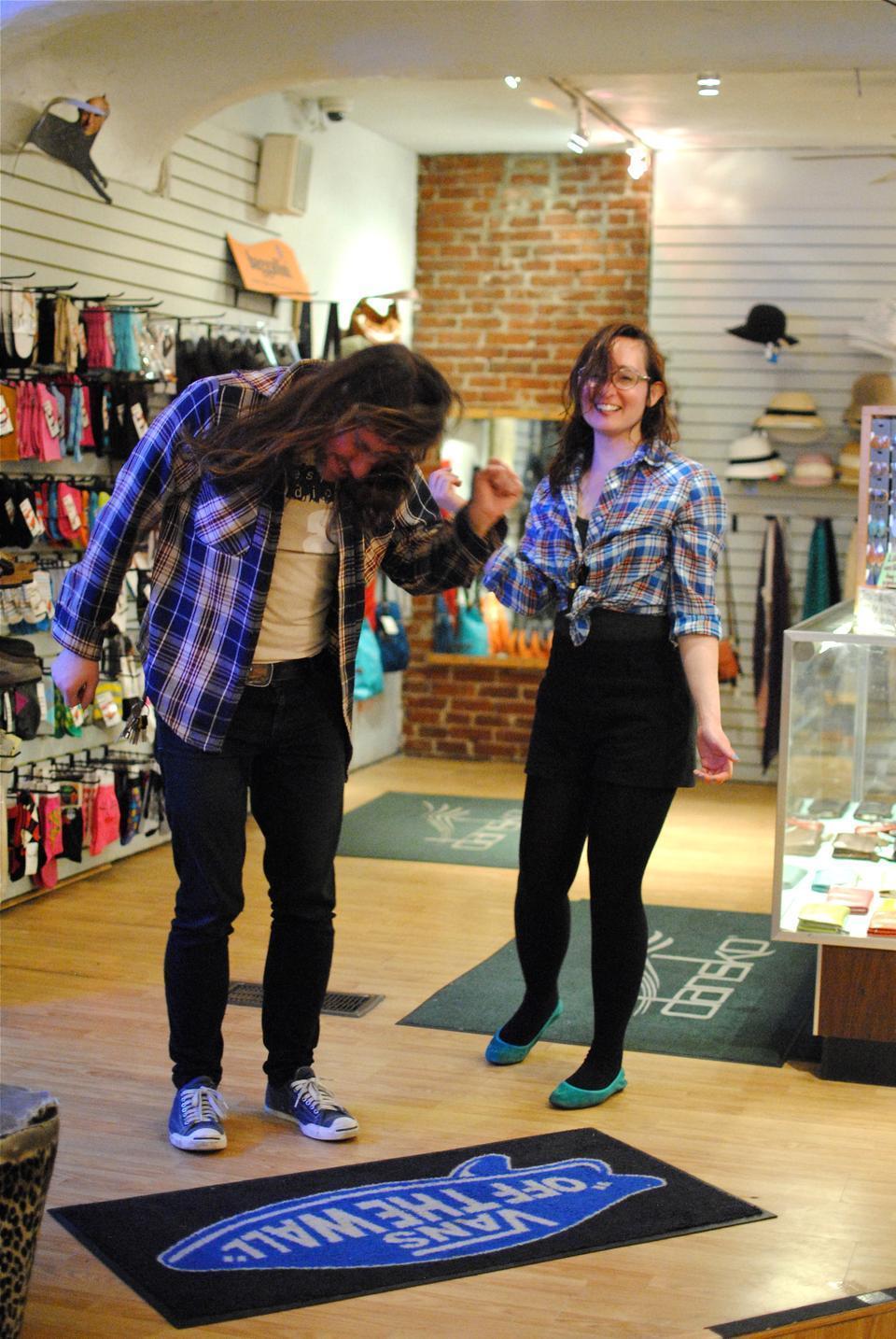 Celebrations After Authorities Capture Suspect #2 in Marathon Bombings - Mikey (left) dances with his co-worker to Fleetwood Mac in Berk's Shoes & Clothing on JFK St. after opening their shop late Friday night. Celebrating the capture of the 2nd suspect in the Boston Marathon bombings, when asked how long they would be open until tonight, Mikey beamed "However long we want!". By Tiana A Abdulmassih 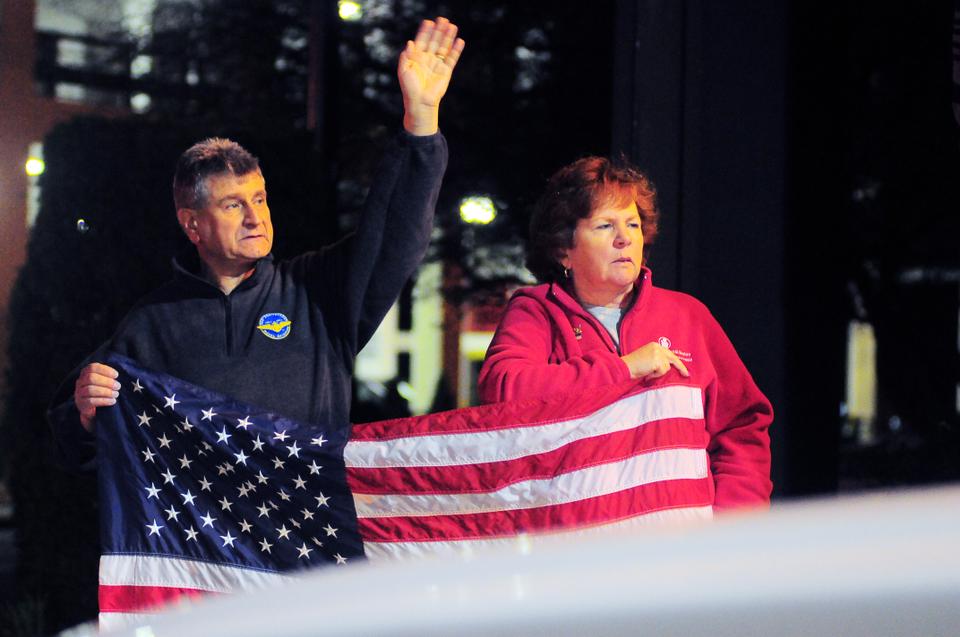 Greetings - A couple waves to passing police officers while holding a flag on Arsenal St. in Watertown on Friday night as emergency personnel departed from the scene. About an hour earlier, authorities had announced the capture of Boston Marathon bombing suspect Dzhokhar Tsarnaev. By Jessica C. Salley 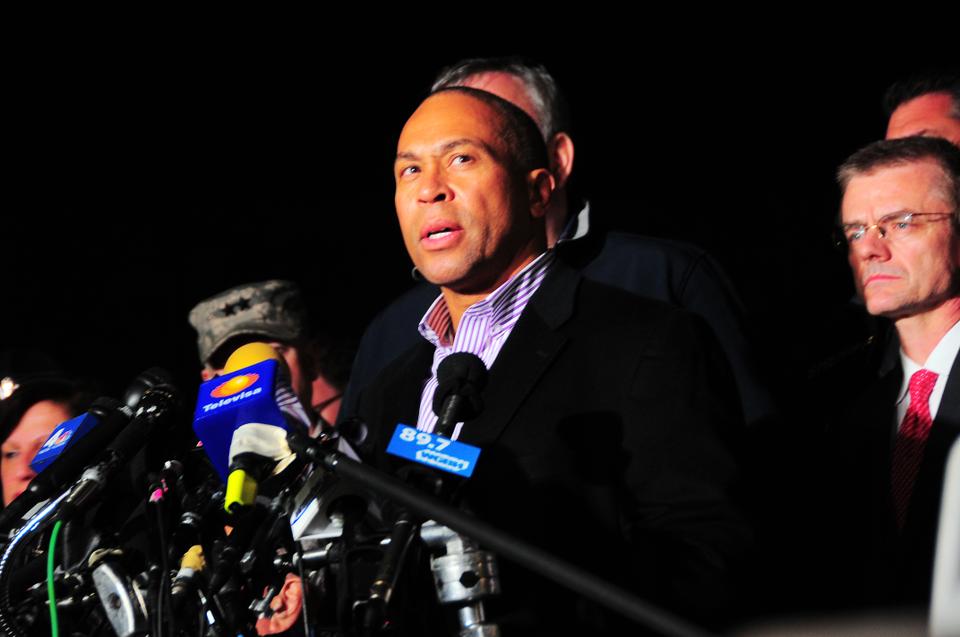 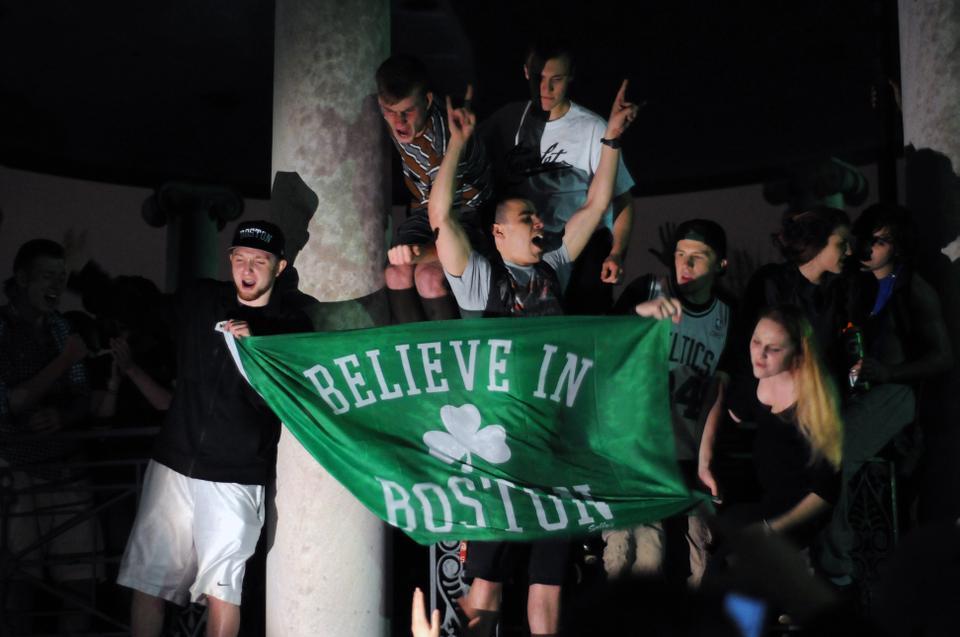 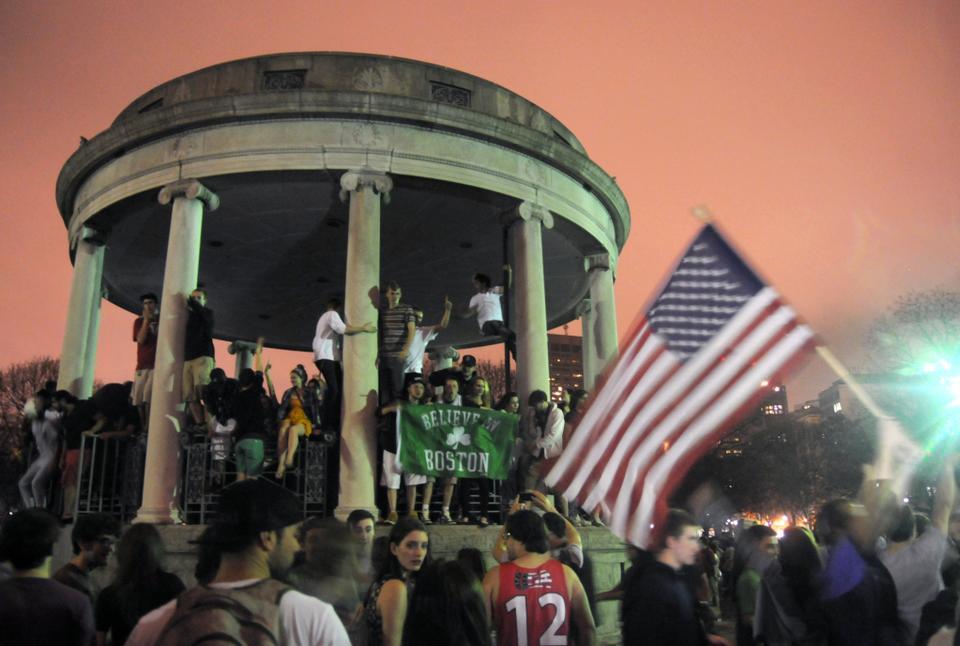 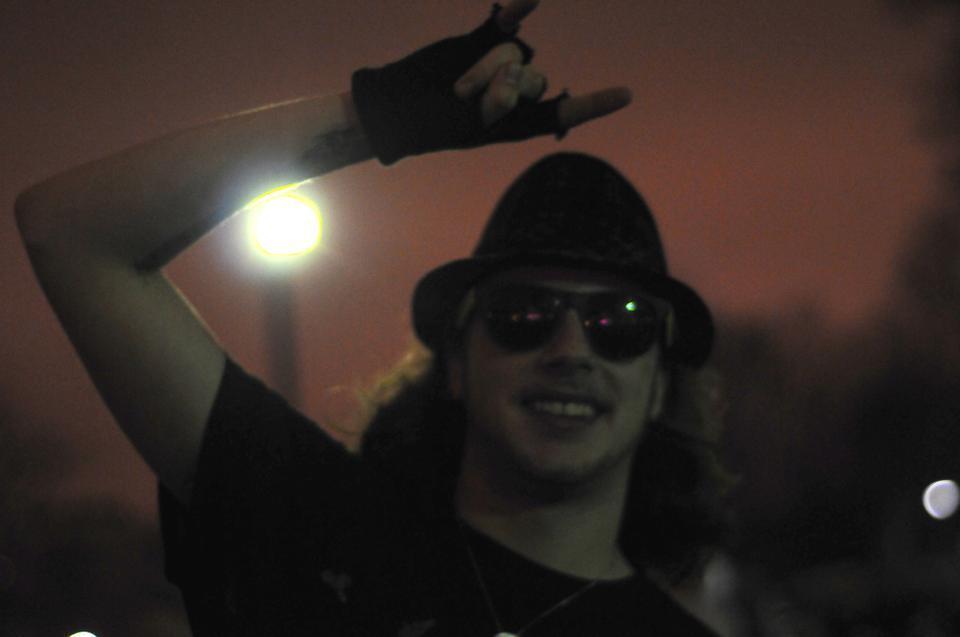 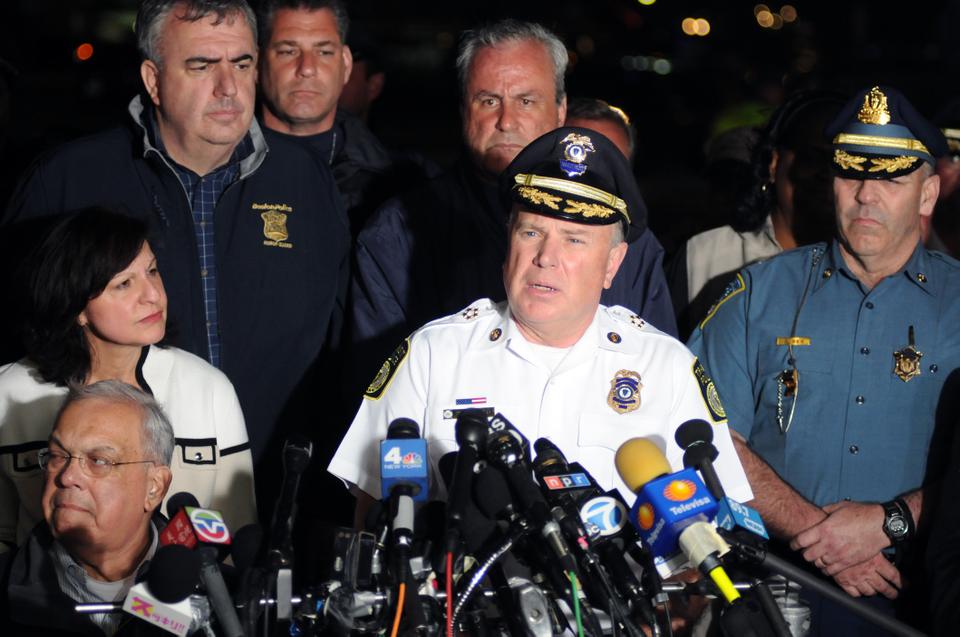 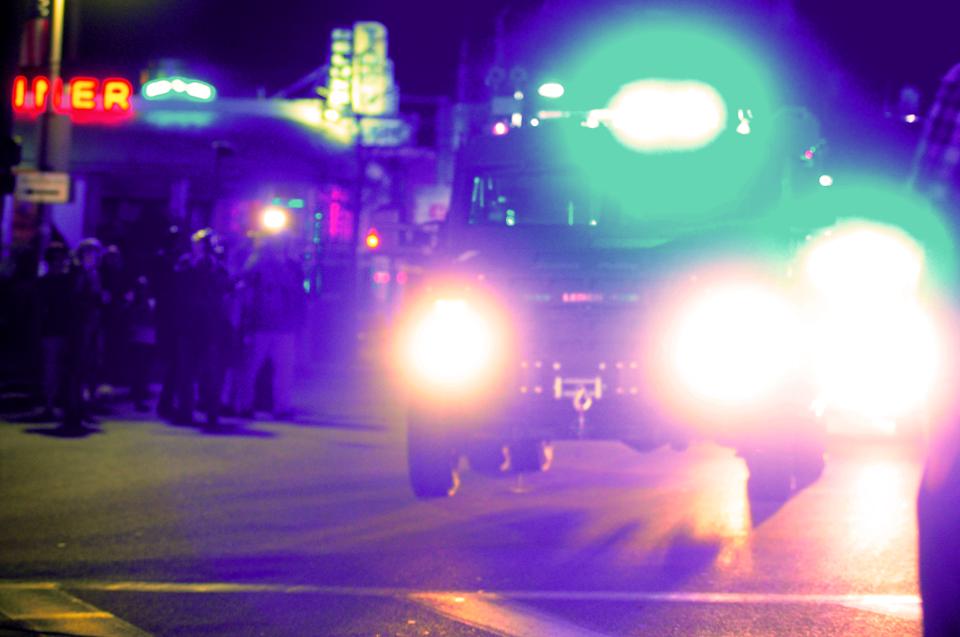 - A Humvee drives down Mt. Auburn St. before cheering crowds shortly after the announcement that Dzhokhar Tsarnaev was apprehended by authorities Friday evening in a Watertown backyard. By Jessica C. Salley
Crowds react on Mt. Auburn Street, in Harvard Square, and in Boston Common as officials hold a press conference in Watertown.