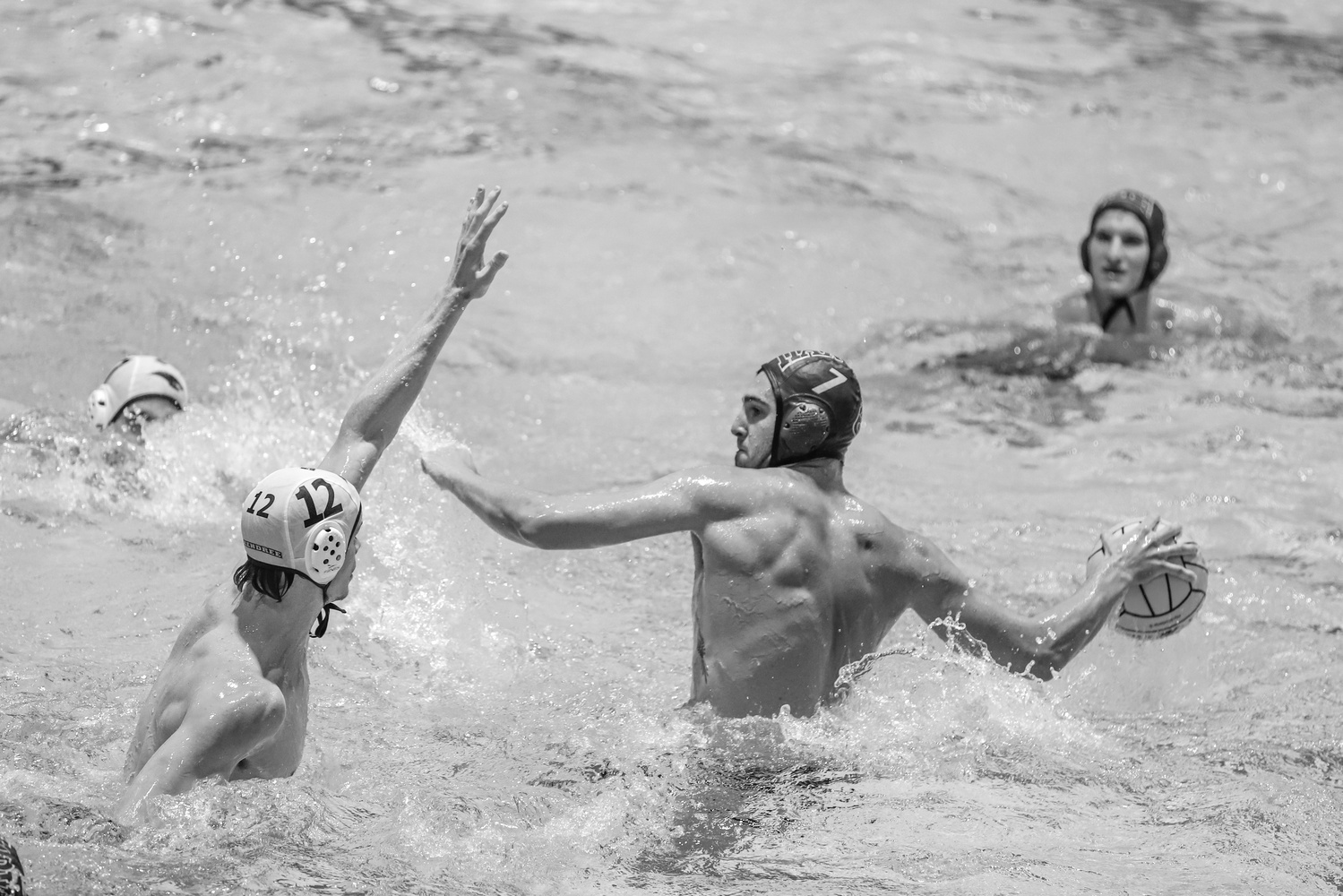 Junior attacker Dennis Blyashov winds up for a shot. The second contest of the weekend took place at eight o’clock in the morning, but the Crimson attack appeared unfazed by the early start time. Blyashov and sophomore attacker Alex Tsotadze both tallied four goals, and sophomore attacker Michael Sonsini poured in a pair while Hodge had two assists.