Gov 50 Students React to Allegations Against Instructor with Anger, Surprise

By The Crimson Brand Studio

Sponsored by Dan Lichterman: As an admission essay specialist, Dan Lichterman has been empowering students to find their voice since 2004. He helps students stand out on paper, eliminating the unnecessary so the necessary may speak. Drawing upon his storytelling background, Dan guides applicants to craft authentic essays that leap off the page. He is available for online writing support within the US and internationally. To learn more and schedule a brief complimentary consultation visit danlichterman.com. 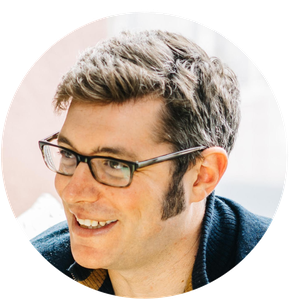 A light breeze caressing the cornfield makes it look like a gentle swaying sea of gold under the ginger sun of late summer. A child’s chime-like laughter echoes. As I rush through the cornfield, I hear the rustling of leaves and the murmur of life hidden among the stems that tower over me.

I remember the joy of the day when I solved one of my first difficult combinatorics problems at my parents’ house in the countryside. I felt so exhilarated that I ran outside and into the cornfield. As I was passing row after row of stems, I realized the cornfield was actually a giant matrix with thousands of combinations of possible pathways, just like the combinatorics problem I had just solved. I looked at the sky and I thought about the great mathematicians of the past that contributed so much to this field and about how I have added yet another dimension to my matrix. Suddenly, mathematics appeared to me as a 3D live map where staggering arrays of ideas connect each other by steady flows of sheer wisdom.

Suddenly a loud laughter from the next room wakes me up from my reverie. I am back in my room in the drab dormitory where I lived since I was fifteen. The dim sunset barely lightens up my room, while the cold November wind rushes from the broken-and-mended-with-tape window on the hallway, whistling beneath my door. My roommates haven’t returned yet, and I feel alone and isolated.

In moments such as these I always take out the ultimate weapon against gloominess: the picture of my family. I look at myself, my parents, my little sister, and my grandfather at the countryside, under a clear blue sky, hugging, sharing the joy of being together. It reminds me of the old times, when life was simpler, but it also reminds me of why I came to Bucharest to live in a dormitory. It was because mathematics fascinated me with its beautiful and intricate theories and configurations, and my parents and my family supported me 150 percent. They put in long hours at work to pay for school costs and they selflessly accepted my long absences. I decided then to honor their support, follow our common dream, and become an accomplished mathematician.

Math, for me, is a vast map of knowledge where theories intersect each other like pathways in a cornfield, and that explains the laws of nature and the universe itself. However, no matter what mathematical sphere shall I soar in, I will always have my family with me and the joy of that day when I was running freely in the cornfield.

Octav’s essay succeeds through its sophisticated use of narrative shift and juxtaposition. He transforms a youthful pastoral image of running through a cornfield into a wholly unexpected and exhilarating mathematical epiphany. The metaphor proves effective by merging his richly tactile experience with a cognitive experience that is maximally abstract: navigating a matrix of thousands of combinatorial pathways. Within this reverie, we see Octav’s intellectual freedom and ability to lose himself in both the contributions of great thinkers and his own original insights.

After leading the reader into his experience of pure mathematical reasoning, the essay takes a deft biographical turn. Through Octav’s austere study in a drab Bucharest boarding school we realize for the first time just how far he has travelled and how much has been sacrificed for his dream of becoming a mathematician. The cornfield takes on further dimensionality, now representing both a nostalgic connection to his family and the unbounded expansiveness that accompanies the life of the mind. When Octav mentions his mathematical “ace” it is almost besides the point–we already wholly believe in the promise of his curiosity-driven journey.