produced by The Crimson Brand Studio, with Jacob Keteyian, a master’s candidate in Health Management at the Harvard T.H. Chan School of Public Health 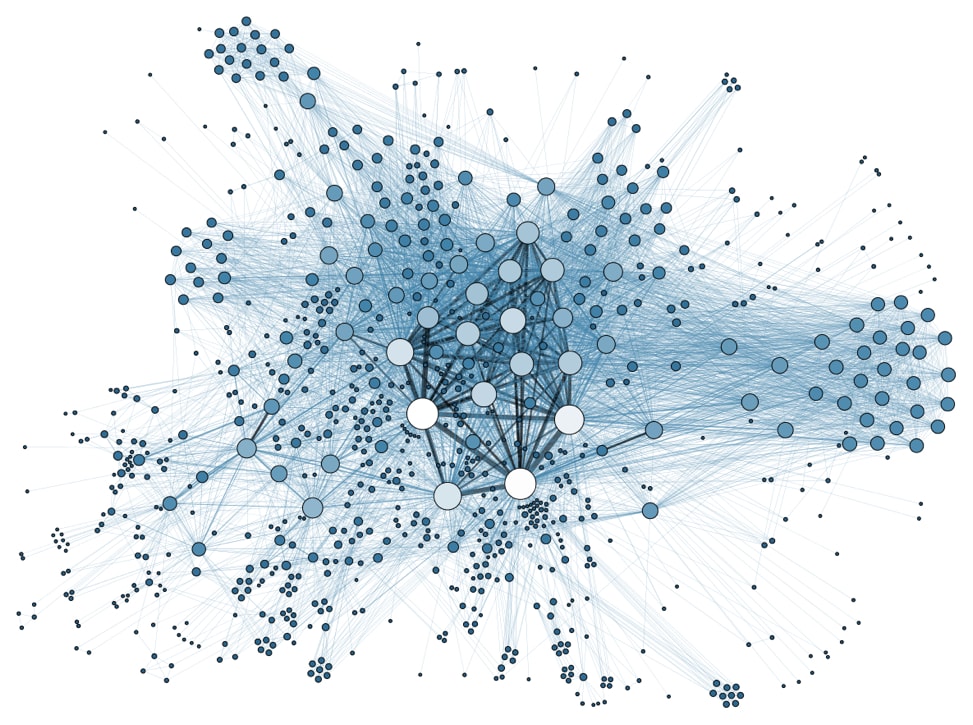 “Do good, do well” is an adage that encourages us to capture success while achieving a socially conscious goal. Embracing the spirit of “do good, do well” and the current cryptography craze, there is one blockchain that has emerged with a refreshing vision driven by its unique technology and community—DigiByte.

DigiByte distinguishes itself not only by its technology, but also the principles and vision of its founder, Jared Tate. Many other individuals in the space pursue ICOs (“Initial Coin Offerings”) as a means of raising a lot of capital quickly—but not those at DigiByte. In fact, nobody that “works” for DigiByte makes a dollar. There is no centralization of billions of their digital assets or any “owner” profiting from an uptick in price; DigiByte truly captures the spirit of trustless decentralization. Tate’s vision, and the vision of the energetic DigiByte community (that crowdfunded their only marketing effort) is to use this technology to have a positive impact on humanity.

'A Better Vision' – this gives the community an opportunity to 'do good.' By DigiByte

DigiByte is also noteworthy for its technology: DigiByte has faster transaction speeds per second, is more secure, and is one of the most decentralized blockchains in the space, as seen below.

'Better Technology' – this gives the community an opportunity to 'do well.' By DigiByte

DigiByte vs Other Blockchains

DigiByte has a digital asset that can be used as a currency. Its native asset is referred to as “DGB” and it is recorded on an immutable public ledger decentralized on tens of thousands of computers (or nodes) across the planet. DigiByte has become the world's longest, fastest, and most secure UTXO blockchain in existence. In fact, DigiByte blocks occur every 15 seconds, reaching speeds approximately 40 times faster than popular cryptocurrency Bitcoin.

DigiByte has five mining algorithms, which prevents it from potentially devastating attacks to the operations of its blockchain. In contrast, competitors like Bitcoin and Litecoin—each of which only have one mining algorithm—are more susceptible to potential “attacks” on its algorithm, which can disrupt operations for extended periods of time.

DigiByte has faster transaction speeds per second, is more secure, and is one of the most decentralized blockchains in the space.

Tate developed DigiBtye’s five mining algorithms seeking to think ten steps ahead, resulting in DigiByte’s market-leading security features. In fact, approximately 30 other blockchains are utilizing the “DigiShield” technology to protect themselves as well. For more details, you can watch Tate’s talk at the Texas Bitcoin Conference.

Use Cases and New Applications

There are tremendous opportunities for the application of this technology. In addition to current applications that already leverage DigiByte’s blockchain, including DigiShield and DiguSign, DigiByte can additionally be leveraged to build out decentralized applications for new use cases in sectors ranging from healthcare to cyber security, or reframe the way society considers public health issues such as the opioid crisis. 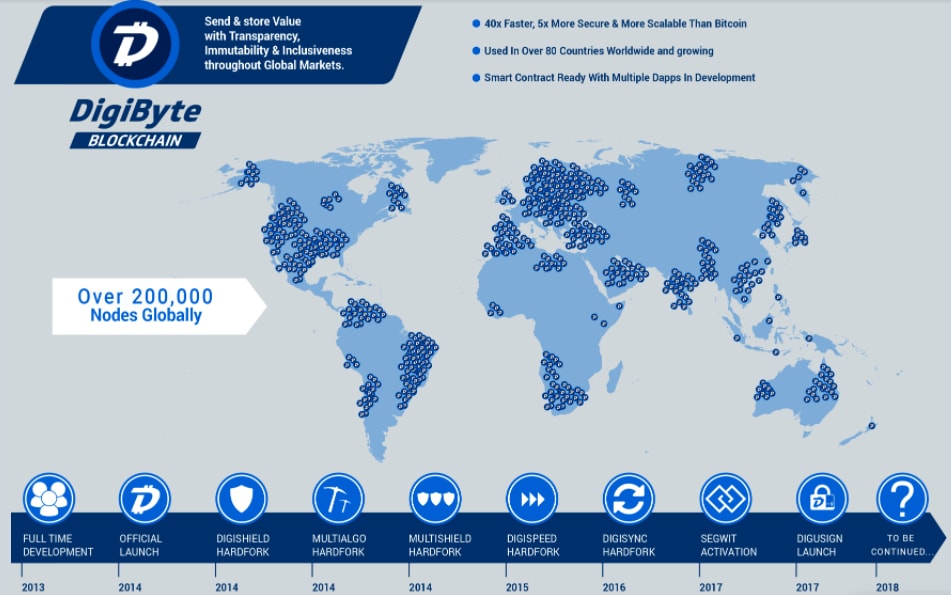 DigiByte already has an impressive global community with over 200,000 nodes around the world. By DigiByte

DigiByte is pushing for real world use cases in multiple fields with a goal of making the world a better place. DigiByte is currently looking for developers and entrepreneurs who share in its vision of having a positive impact on humanity—those that truly embody the spirit of “do good, do well.”

Those interested can connect with Tate and the DigiByte team by visiting their website or reaching out directly to ammar@digibyte.io.

Jacob Keteyian is a master’s candidate in health management at the School of Public Health.