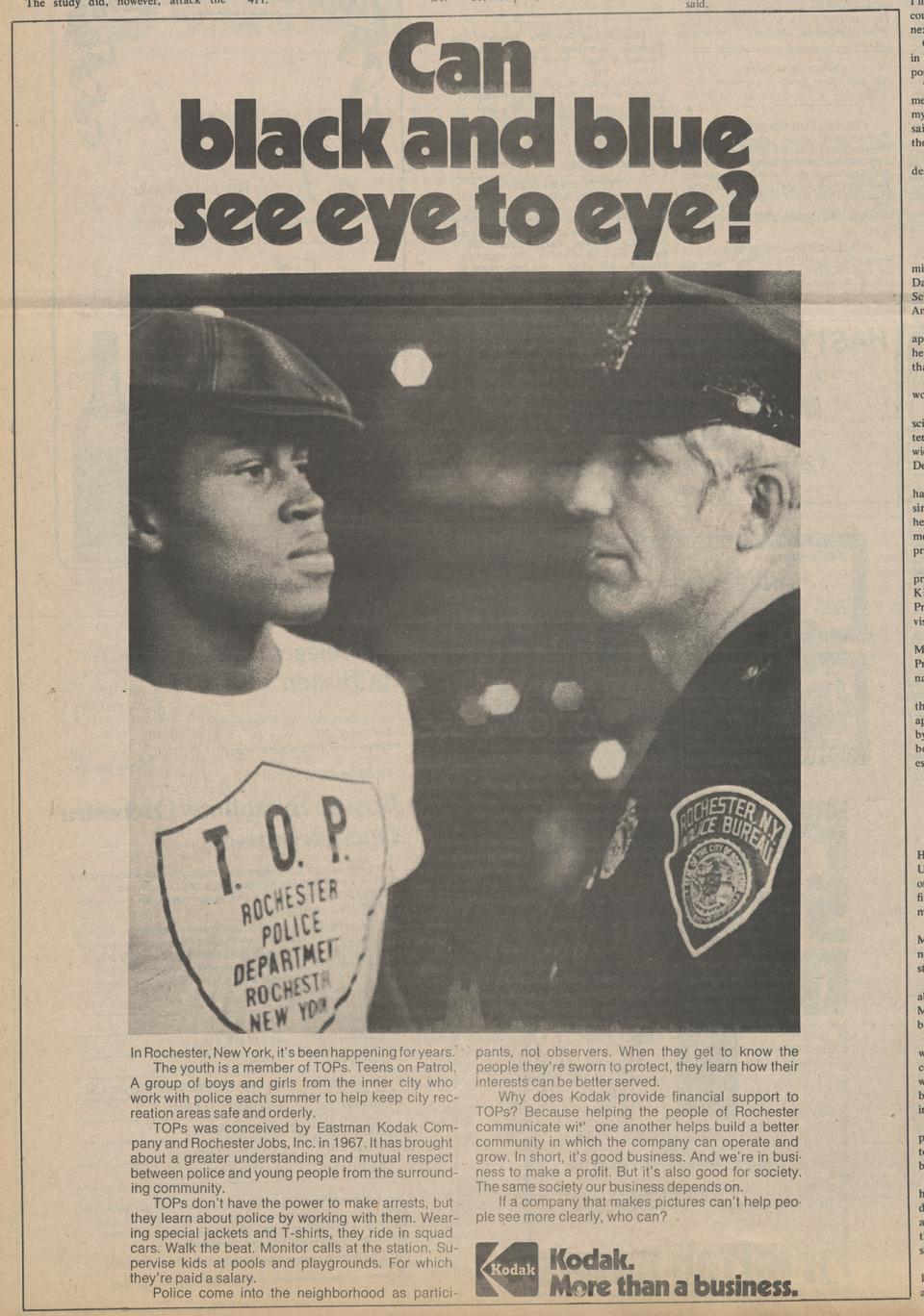 Over the past few days, we've been pulling snippets from The Crimson archives to commemorate the coming class reunions. You'll see selections from the graduation year of each class celebrating a reunion next week.

Today we look back at 1975, the year the Vietnam War ended and Bill Gates founded Microsoft. This ad for Kodak, published in The Crimson in the spring of 1975, highlights still-simmering racial tension, something Harvard was also addressing in a critical review of minority representation in its classrooms.

The year saw efforts to increase diversity and acceptance at Harvard: the administration urged alumni to help recruit minority students and a coalition of student organizations explored whether Harvard was actually achieving its affirmative action goals. Meanwhile, a series of op-eds explored what it was like to be out at Harvard.

In more mundane matters, 1975 also saw extensive debate about housing. That year, some freshmen were permanently assigned to the Quad, while others lived for a year in the Yard and then got to rank the River Houses in order of preference to determine where they would live for the next three years. But in 1975, nearly 1 in 11 of those freshmen didn't get into any of their top nine choices. Meanwhile, the college was trying to decide what to do with the highly unpopular Quad housing—whether to renovate it, move all freshmen to the Yard, move all freshmen to the Quad, sort everyone into 16 four-year Houses, or have all undergraduates live in the Quad for a year and then in the Yard for a year before moving to the River. This last proposition, referred to as 1-1-2, received a lot of debate but, to the delight of decades of future sophomores, was rejected.

While Housing was decidedly different, a few campus phenomena in 1975 were recognizable as predecessors of today's Harvard staples. For example, a series of lectures on the "the physiology and psychology of sex" began in February (the day before Valentines Day), causing much student excitement and prompting hopes for a semester-long course. And The Crimson described Ec 10, as simultaneously "uninspiring" and "the most popular offering in the University." "A lot of people have realized that taking Ec courses and concentrating in Economics is much better than concentrating in English for getting a job," Karl E. Case, the head tutor of Ec 10 at the time, told The Crimson.