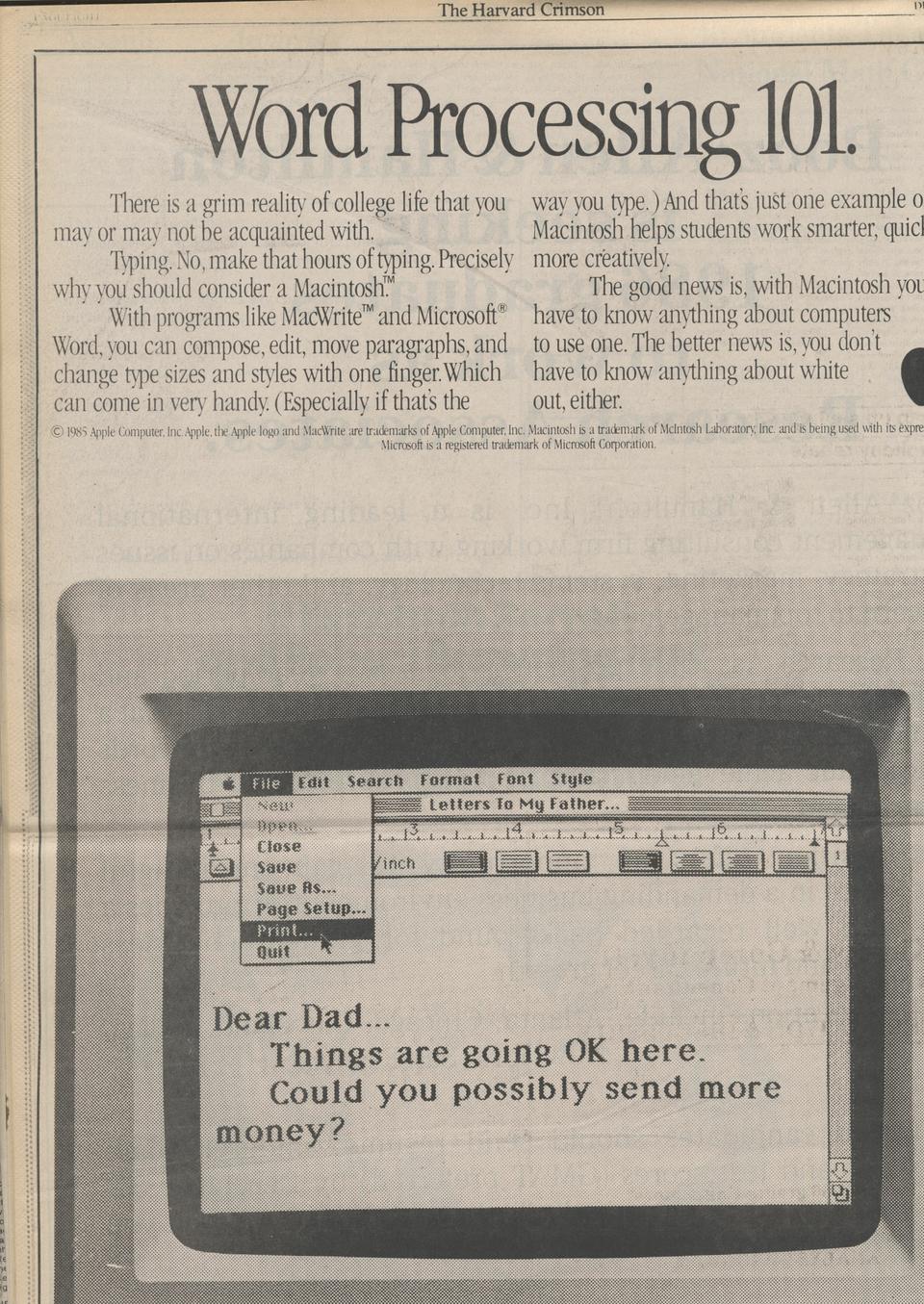 Throughout the past week, we've been pulling snippets from The Crimson archives to commemorate the coming class reunions. This is the last installment of the series.

This year marks the 25th reunion of the class of 1985, a class that not only witnessed the original rise of side ponytails and leggings, but also contended with a newly raised drinking age, the possibility of censorship of the CUE guide, and the daunting challenges brought on by the new computing era.

1985 brought Harvard into the future with increasing computerization.  That year, The Crimson reported that the Harvard University Library system had taken the first step by using computers to keep track of its acquisitions—a move they said might one day allow people to peruse the catalog from their bedrooms. In addition, Harvard Student Agencies started offering to type students' papers on computers, and thesis writers qualified for reduced rates at the Harvard Computing Center, where they could use a computer that had the power to store up to 500 pages.

Meanwhile, allegations flew that the administration was censoring CUE reports to hide negative reviews of star professors, which students decried as "censorship." The Undergraduate Council proposed that students should be in charge of administering the CUE.

At the same time, the University contended with new liability brought on by the fact that the year before, the drinking age had been raised from 18 to 21 in Massachusetts. The University "made the decision to ban underage drinking" in the fall of 1985. The change prompted a student editorialist to declare "The party's over. The days of drinking are done."