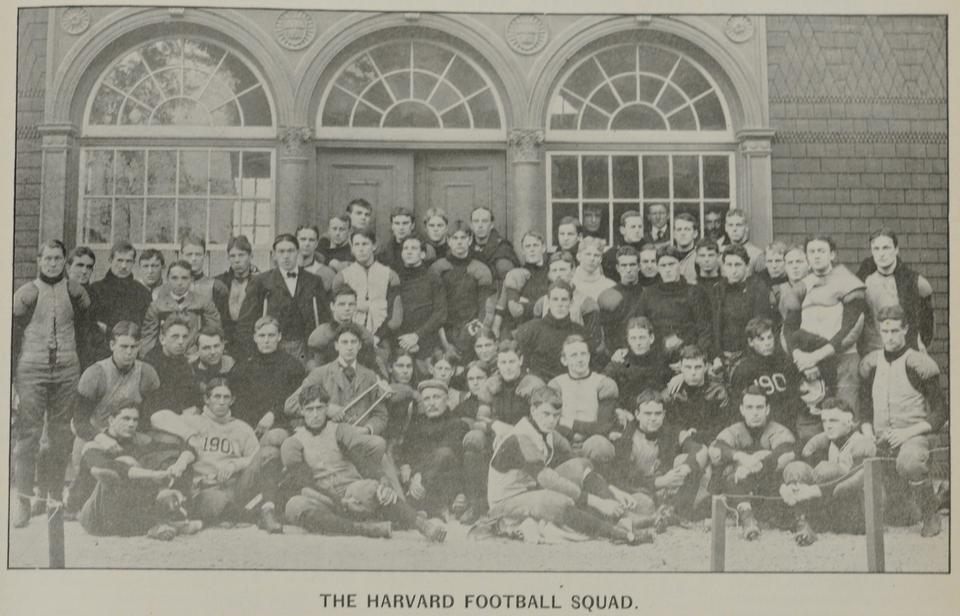 As reunion week approaches at the College, thousands of alumni from dozens of different classes will flock to the Harvard campus. But it's a safe bet to say that no one will be around from the class of 1901.

Even without these would-be 130-year-old alumni, The Crimson archives are still here to offer us a brief window into the world of Harvard 110 years ago—the news, the coverage, and the quirks.

Not surprisingly, the University was not the bastion of diversity that it has become today. According to a Nov. 20, 1900 article, of the 1,993 students enrolled in the college, 1,116 of them were from Massachusetts. A grand total of 20 were from outside the US. Beyond that, almost 100 students in the freshman class attended either Boston Latin or Exeter.

Throughout the 1900-1901 school year, the major focus of the paper was Harvard athletics, and in particular, football. The Crimson ran daily stories about the sports on the front pages in an era when the school’s teams were the some of the best—and among the only—competitors in the country.

The front page story the day after Theodore Roosevelt, class of 1880, was elected president: "Only Substitutes Practice," an article on the absence of starters at practice the day prior. No mention was made of the presidential inauguration.

Though football was the most popular sport, it was by no means the only one that the paper covered. A classified that ran on Nov. 14, 1900, offered up a "Throughbred [sic] brown gelding" to the paper’s readers. On Feb. 1, 1901, The Crimson described Yale—already an established athletic rival of Harvard's—and the upcoming roadtrip of its baseball teams.

Its opponents? Fordam, Georgetown, and the American League's Baltimore Orioles, who two years later would move to New York and become the Yankees. The Elis also played the Boston Beaneaters—today the Atlanta Braves—and the New York Giants.

The departure from professional-level athletic prowess is one major change, but it's hardly the only one.

Today, UHS deals with a wide array of health concerns. But rarely do they deal with malaria—an illness that the University confronted 9 times in the 1899-1900 school year. There were also three cases of Scarlet Fever and 42 of "overwork," the sixth most-common ailment afflicting Harvard's students.

Beyond its coverage of Harvard sports, The Crimson also reviewed most on-campus publications, and that included the work of the Harvard Lampoon, a semi-secret Sorrento Square social organization that used to occasionally publish a so-called humor magazine. The reviews were overwhelmingly positive.