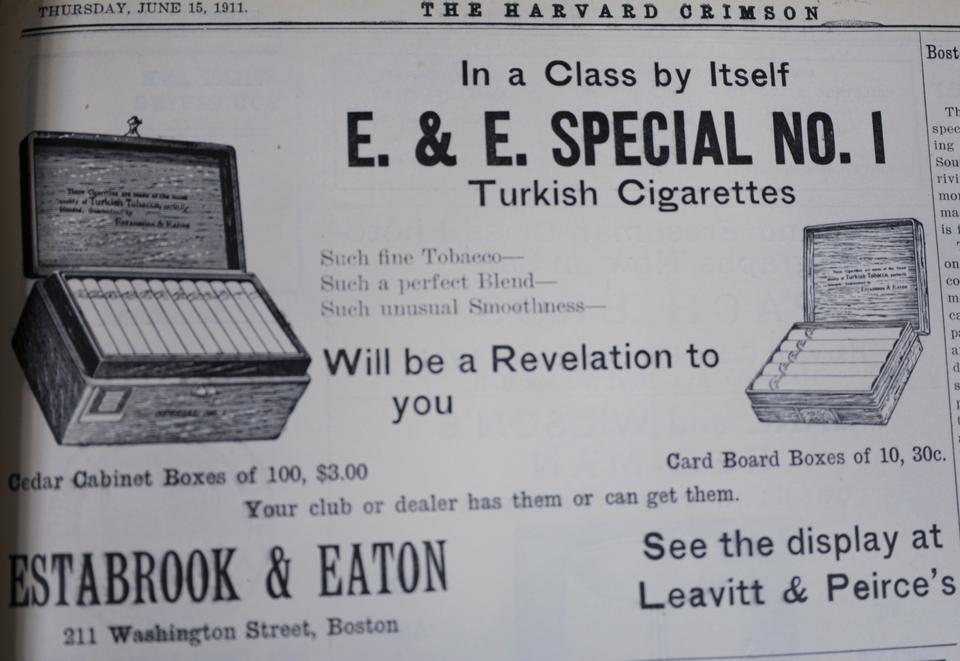 A peek inside the bound volumes of The Crimson shows how a picture of life at Harvard in 1910 very different from the Harvard experience one hundred years later. Rising seniors, for example, applied for housing in Holworthy, Hollis, and Thayer for their final year at Harvard — and shortly afterwards, everyone's rooming assignments were posted on the front page of The Crimson.

Football also dominated the headlines of the daily newspaper. The Crimson followed the Harvard team in great detail, covering blow-by-blow not only every game of the season but also everything from coaching styles to future prospects. At the annual Harvard-Yale Game, the two teams tied at 0-0.

The 1910-1911 academic year was also one that saw a number of world-renowned figures come to Harvard. Theodore Roosevelt, Class of 1880, delivered a lecture in Sanders entitled "Applied Morality," supporting the United States' work on the Panama Canal and the country's efforts towards conservation. And that spring, William Jennings Bryan, the soon-to-be Secretary of State famous for his 1896 "Cross of Gold" speech, gave a talk about the importance of strong oratory in the growth of democracy.

Meanwhile, on regular school nights, students looked for ways to take a break from schoolwork, much as they do now. While Brain Break had yet to become a tradition, "smokers," tobacco-infused social gatherings, were a fairly common informal social occasion for the Harvard student, and were often assembled by dormitory proctors themselves.

But more elaborate social gatherings also fostered a sense of community among students. In June, a Harbor Party was held for seniors, and an excerpt from the announcement in The Crimson describes what would have went down that day:

"With their drinking cups clasped in their soft little fingers, their pudgy little maulers clutching the tin tubas, and their pretty childish prattle fascinating the motherly bystanders, the Seniors will Subway to Park and thence to the Broad and Wide Way that leadeth to the berth of King Philip."