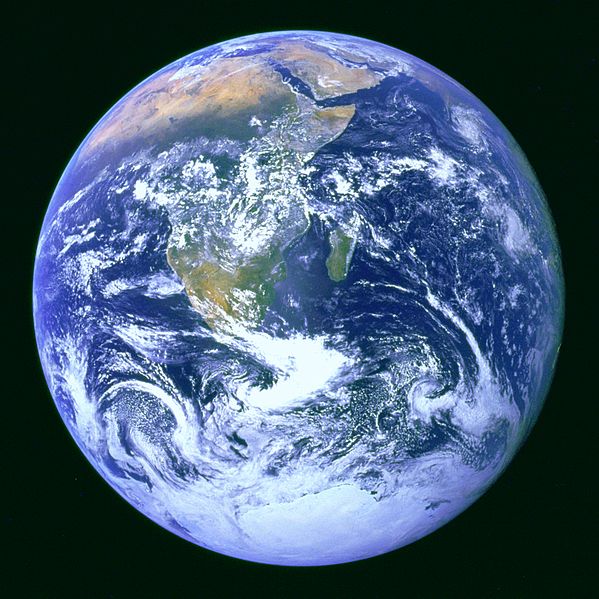 It turns out this crazy blue marble we’re perched upon isn’t just a wasteland of our froyo containers and cracked iPhones (or the blue eye of a giant). In celebration of Earth Day, here are some insane facts and phenomena that you might not know about this beautiful planet of ours!

1. We’re currently hurtling through space at a brisk pace of 67,000 miles per hour. That’s faster than a speeding bullet. Basically we’re all like Dash from The Incredibles.

2. The North Pole is migrating northward at 10 miles per year. How can something that defines where north is move even more north? No idea—must have something to do with the magical elves that live there.

3. There’s 13 billionths of a gram of gold in every liter of sea water. If we made an 1849 Gold Rush effort to collect all of the gold in the ocean, it would add up to 20 million tons, or about nine pounds per person. Go get your pan sifter!

4. We've seen our planet from 3.7 billion miles away. In 1990 a satellite traveling to the boundary of the solar system was instructed to turn around to take a selfie of the Earth. This image is known as the “Pale Blue Dot,” which depicts the entirety of humanity (and some extraterrestrials) as a fraction of a pixel. Crazy, man.

5. It’s postulated that we used to have a twin planet called Theia that shared our orbit. The two planets eventually collided, which supposedly created the moon. This is one of those “from destruction comes life” learning moments, where “life” is a barren, cratered, white thing that we think is made of cheese. Still cool though.

6. Ever wondered what Earth looked like from other planets? To us, Mars is red and Venus is the brightest, but to them (them being aliens), Earth is actually the brightest. This is due to all the water (71% of our surface area) on our surface which is perfect for reflection (and drinking, fishing, sailing...).

7. The earth is smooth as hell. Yes, we have Mount Everest and the Challenger Deep, but if shrunk down to the size of a billiard ball, it would actually be smoother than billiard balls we use now! Whatttttt.

This planet of ours may seem indestructible and enormous, but it’s important to remember, especially on Earth Day, to do everything you can to preserve its beauty. This is (assumedly) the only home planet we get, so let’s keep it as insanely amazing as it is! Word to your Mother (Earth).