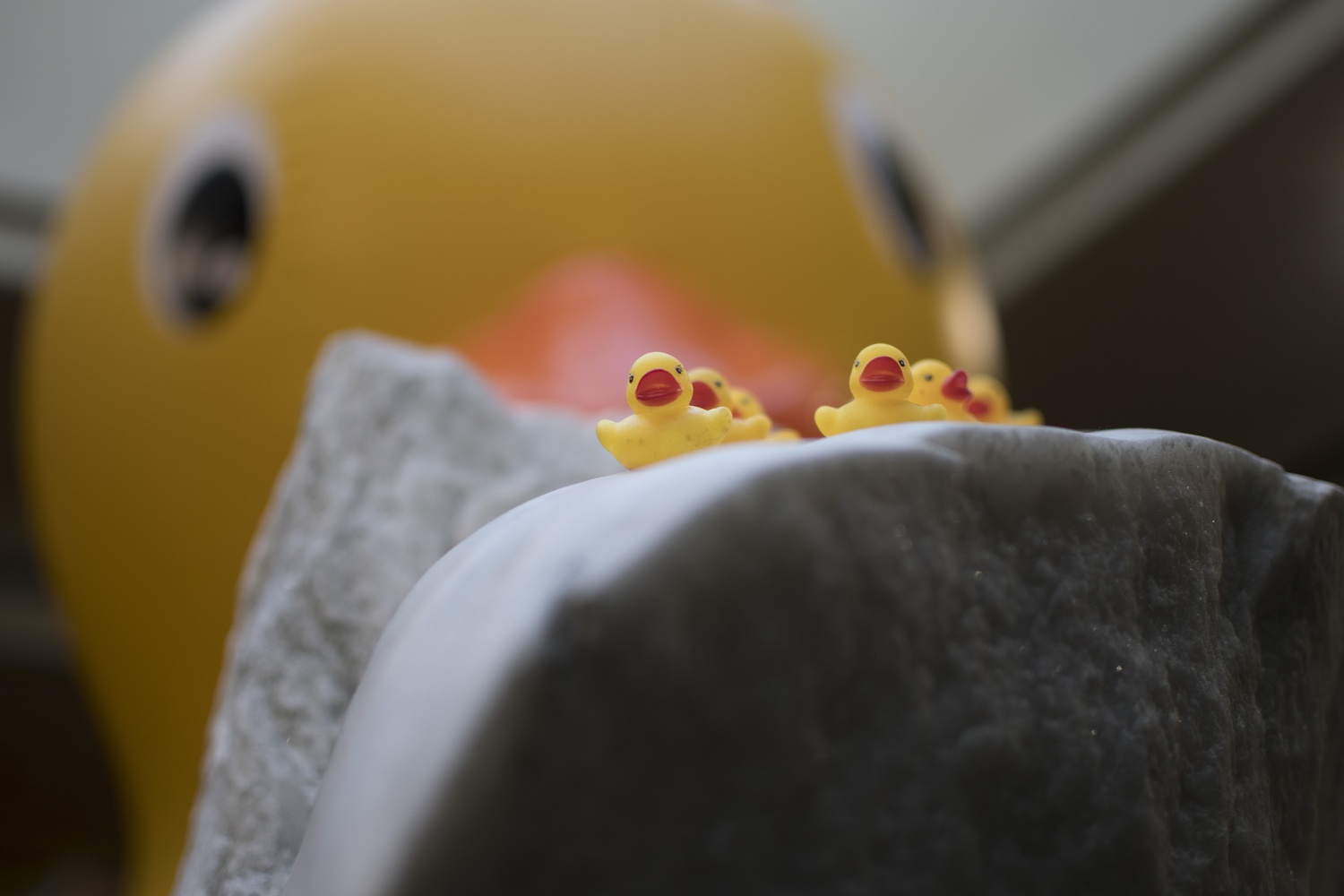 Currier House has adopted a variety of plastic ducks this semester By Megan M. Ross

The residents of Currier House are making way for ducklings.

When Timothy H. C. Tamm '18 first spotted the small plastic ducks in the fountain of Currier House dining hall in October, the ducks were few in number. Before long, however, “a hundred tiny baby ducks appeared there, and then the medium-sized duck in the tree appeared,” Tamm said. “And then I figured, if it’s worth doing, it’s worth overdoing.” 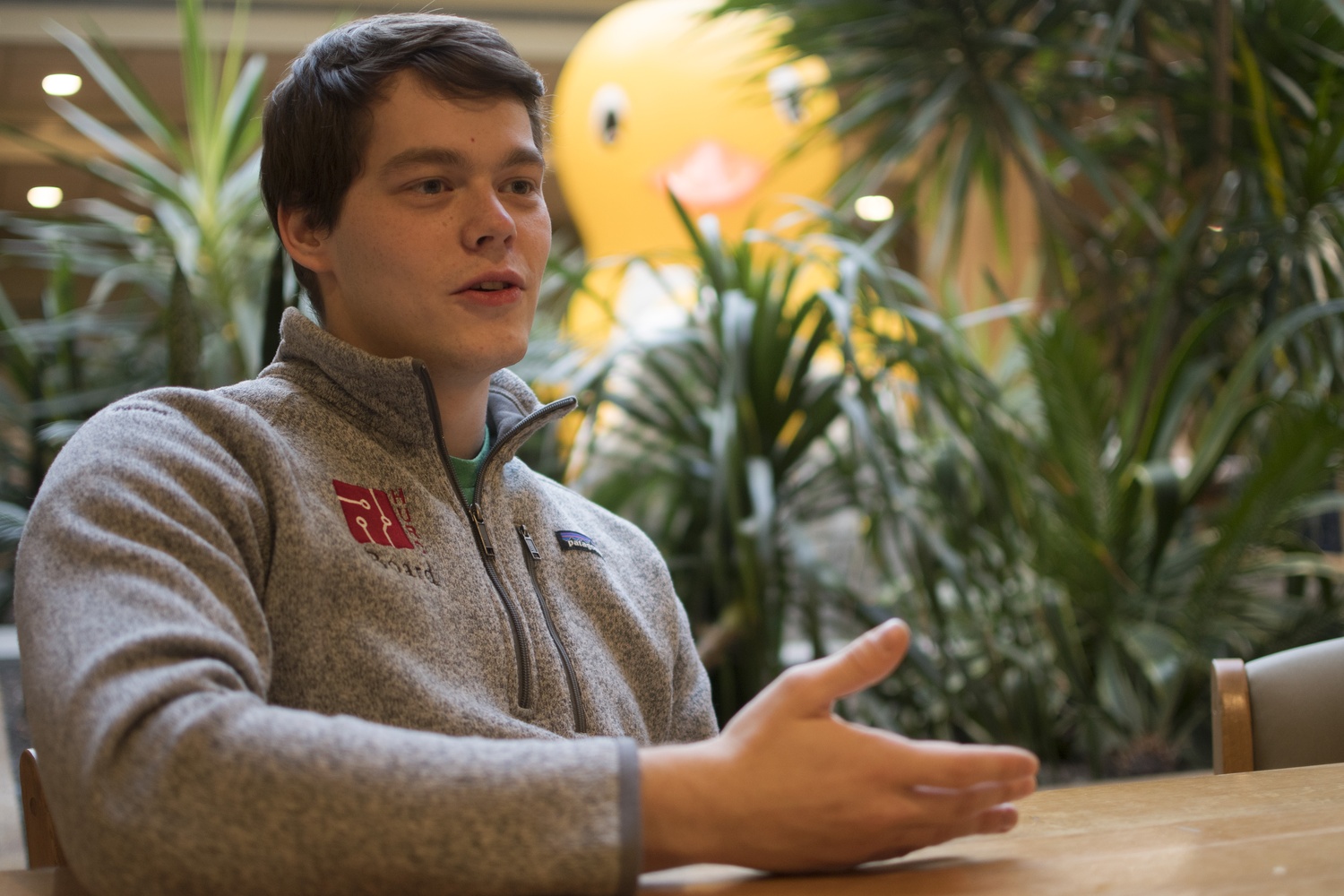 After realizing that his plan would be prohibitively expensive for one man to pursue alone, Tamm started a GoFundMe to raise the $220 needed to purchase a six-foot inflatable duck. In what Tamm describes as a “display of Currier unity,” he reached the fundraising goal in just two days.

Support for the ducks extends beyond the student population of the House. “The House administration thought that we should have a formal competition to name the duck,” Tamm said, adding that administrators also floated a vote on the issue of making the duck a co-mascot of Currier House. 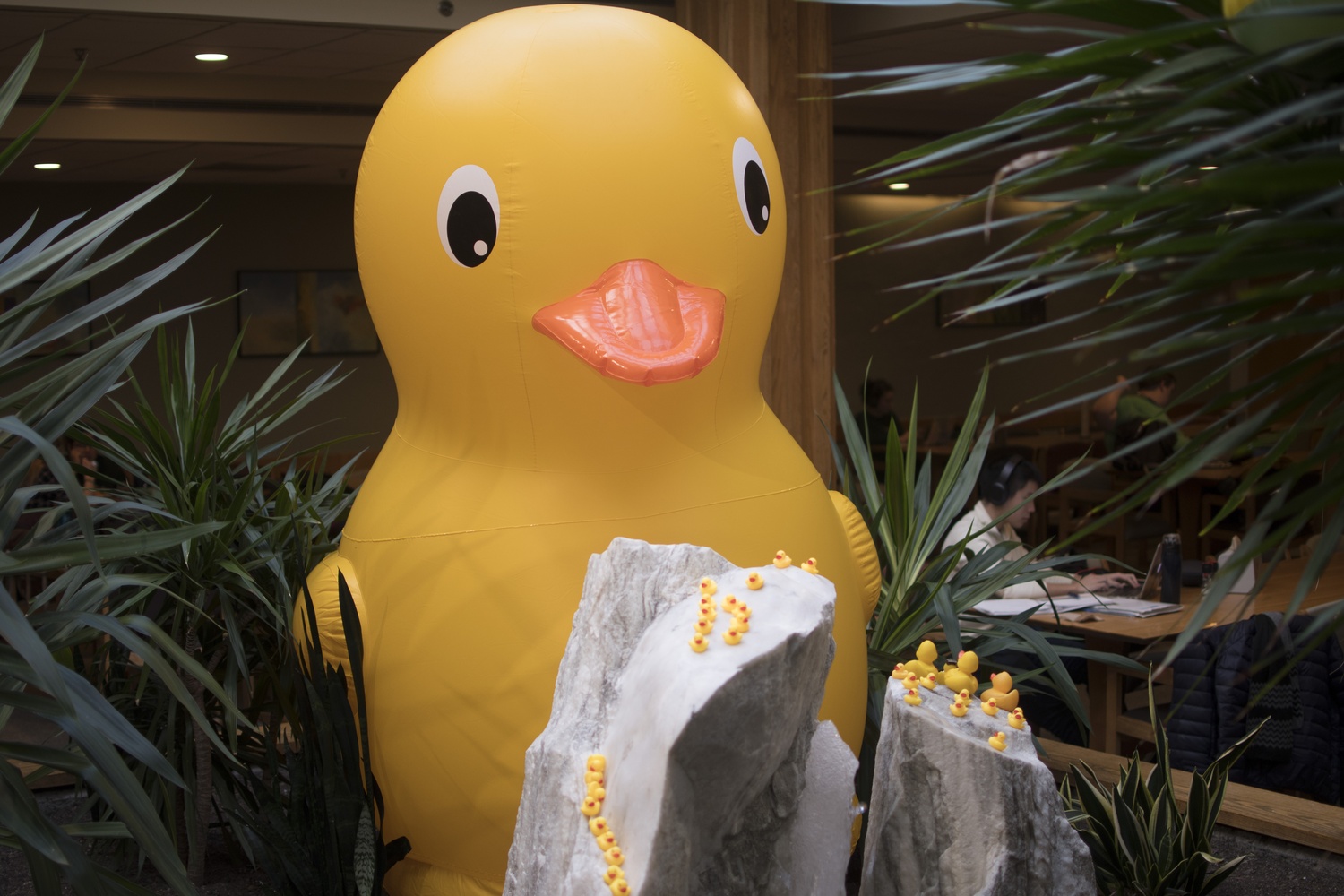 The duck has a large presence in the Currier House dining hall, standing at six-foot tall By Megan M. Ross

The duck arrived on the Tuesday before Thanksgiving break and, according to Tamm, took four people to inflate with a small pump. However, administrator concerns for the safety of the duck led to a temporary relocation for the duration of break. “They locked this up over Thanksgiving break because they didn’t want it to get stolen. It’s a big deal in the House,” Shao Zhao ‘18 said.

“It kind of reminds me of this art installation, this huge duck that floats on some body of water around the world,” Zhao said, while expressing concern that the duck is located in the “one part of the d-hall with light.”

On the issue of making the duck a house mascot, “I don’t know if we can do away with the tree like that, you know?” Ifedayo B. Famojuro ‘19 said.

Joseph Exilhome, a Harvard University Dining Services worker who usually staffs Currier’s dining hall, said the duck is “a little odd.” The HUDS staff were not warned in advance about the duck’s appearance. “The whole thing’s just funny,” Exilhome said, adding that the duck “eases the mood up.”

The duck is a recent arrival, but Tamm hopes that it will become a mainstay of Currier House life. “If I come back for my 20th reunion, I want to see the duck there,” Tamm said. In the nearer-term, Tamm estimates that the duck will require “a few pumps every week” to keep inflated.

Perhaps this Housing Day, Currier residents will be shouting “fear the duck” throughout the dorms of Harvard Yard. 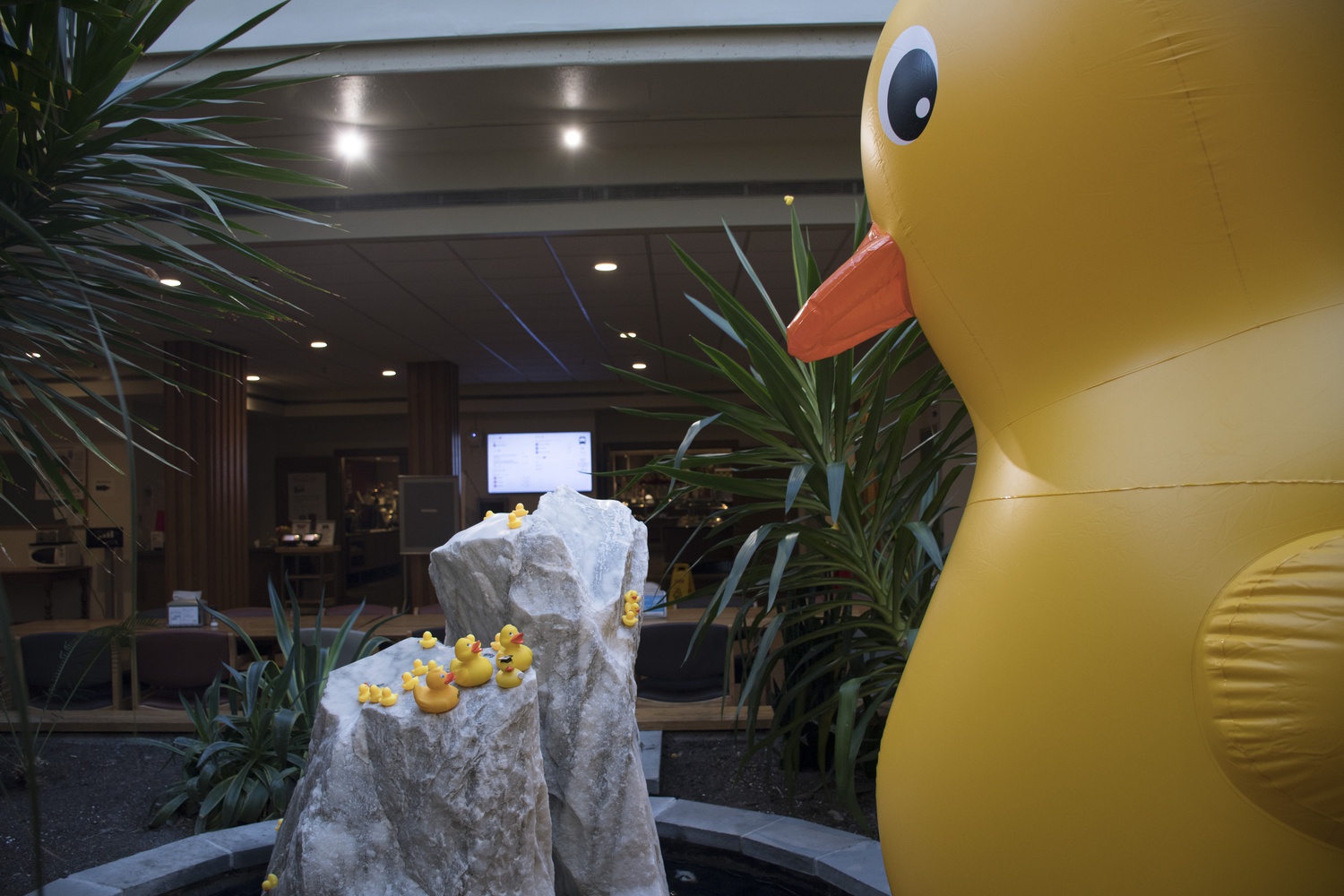 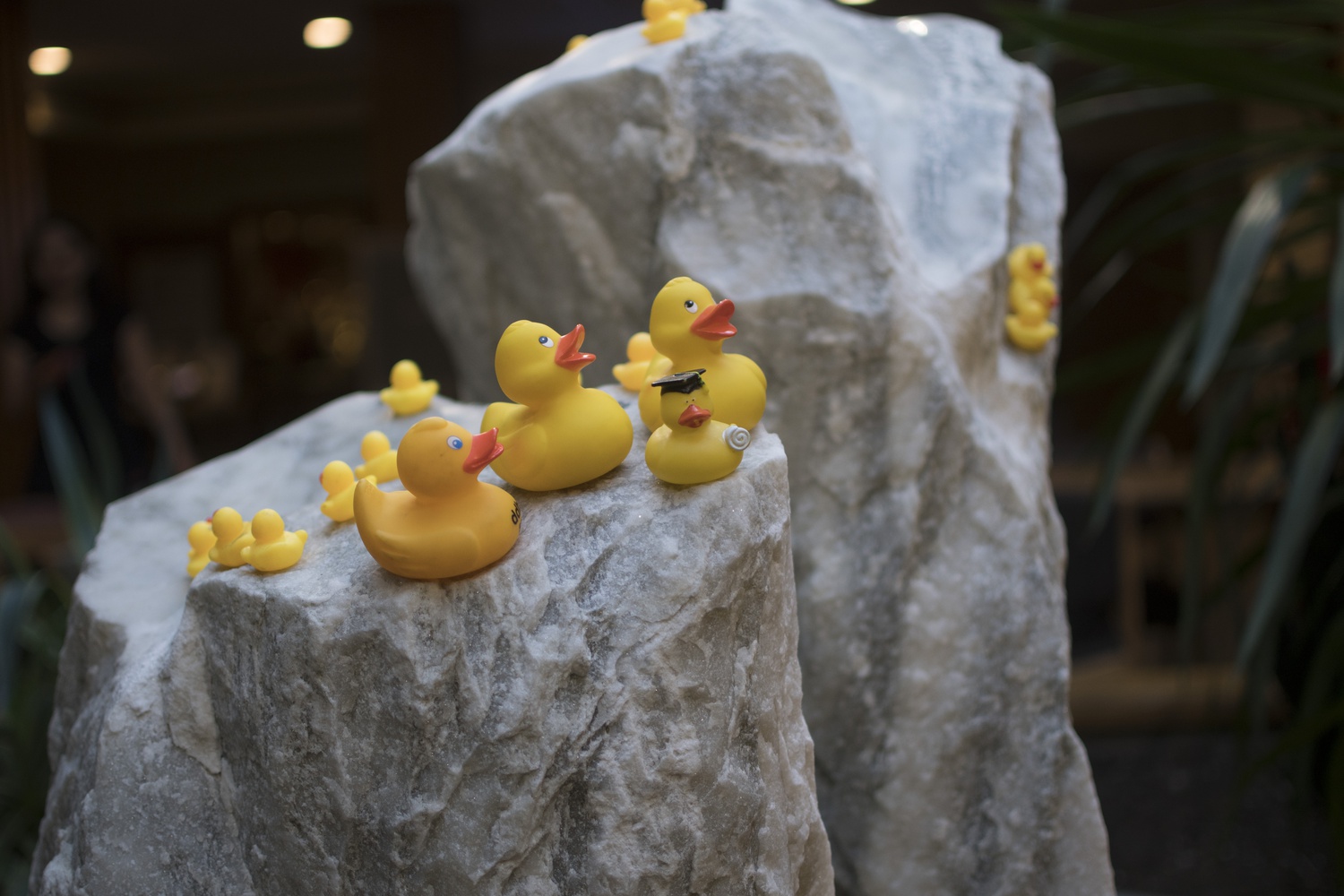 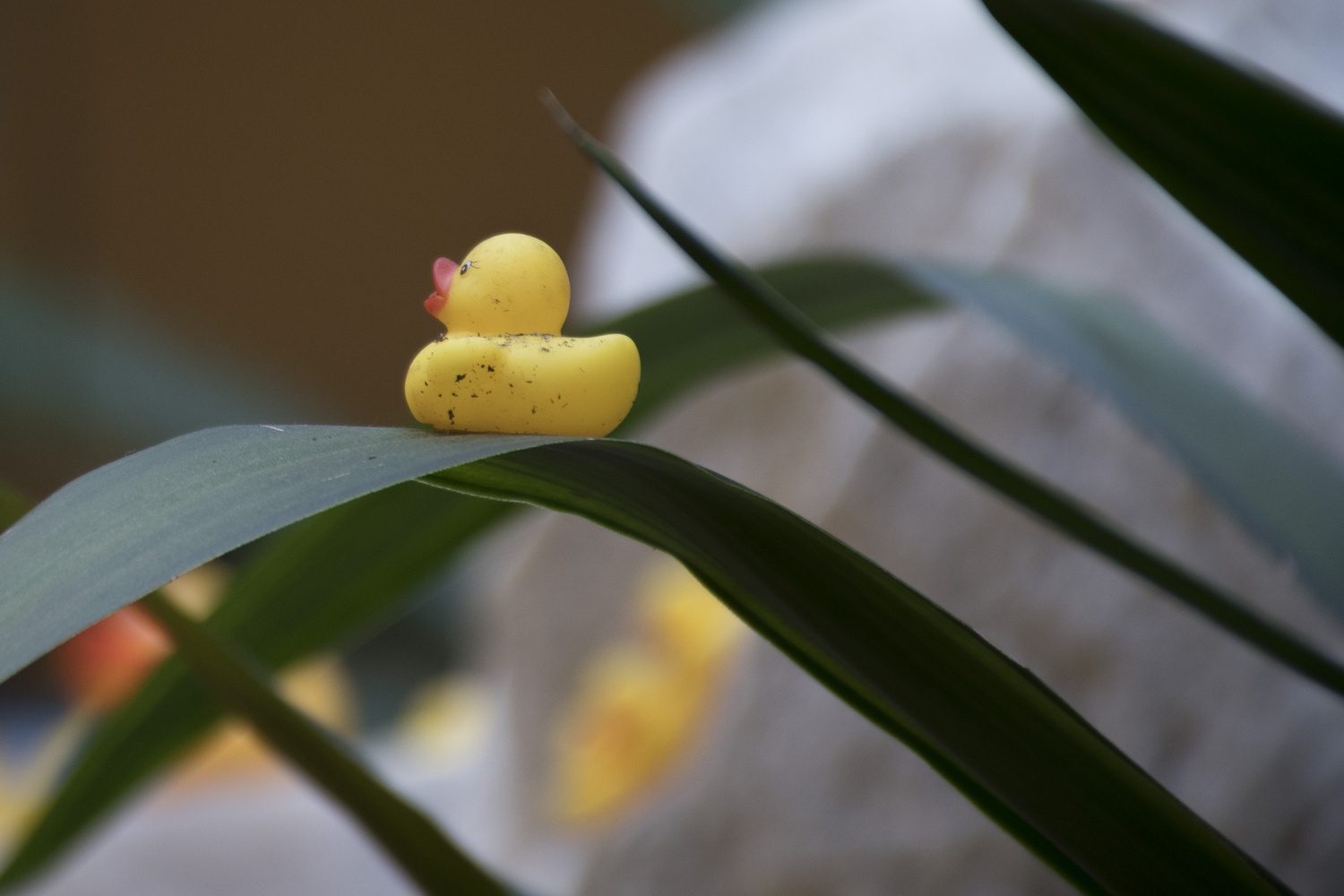 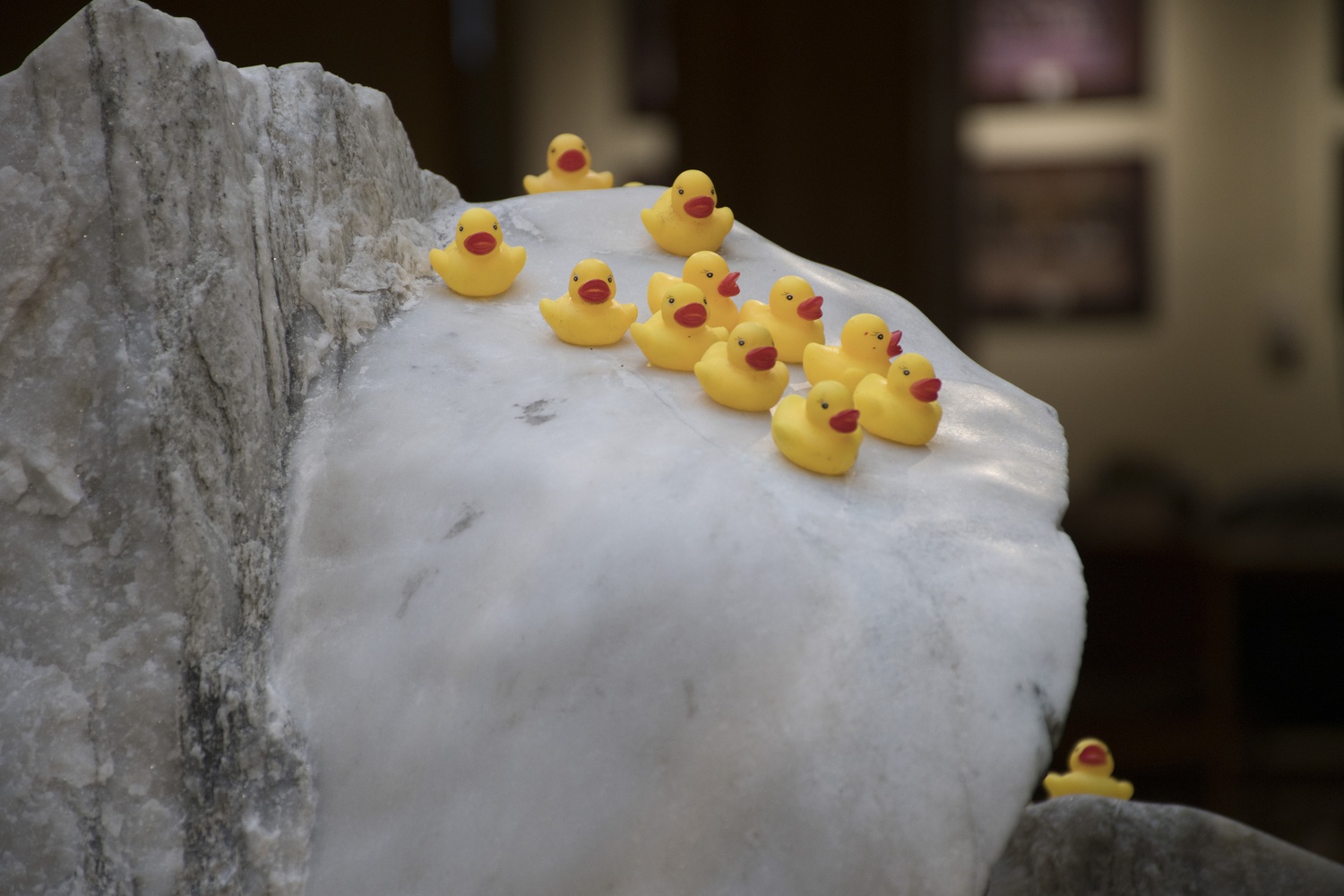 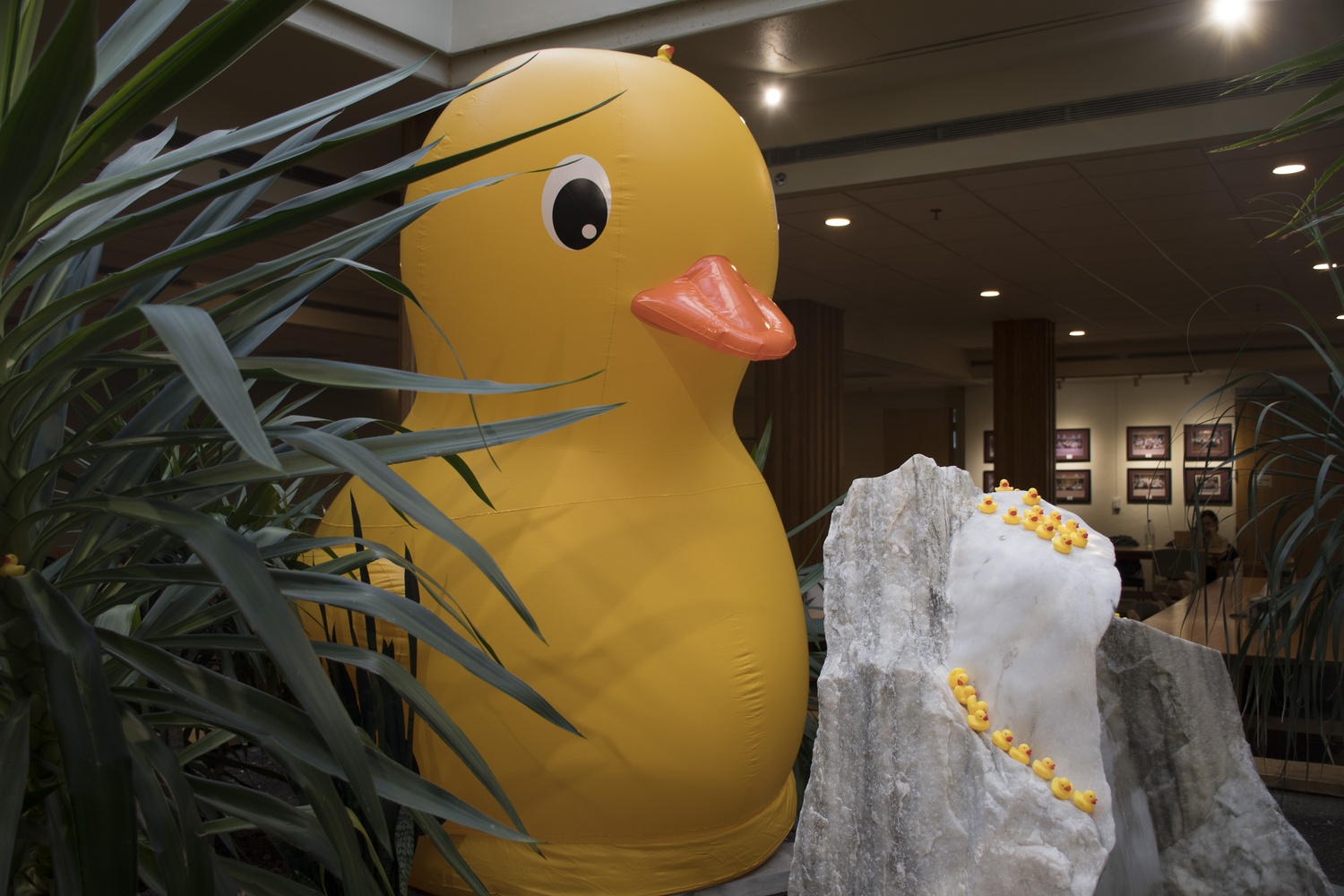 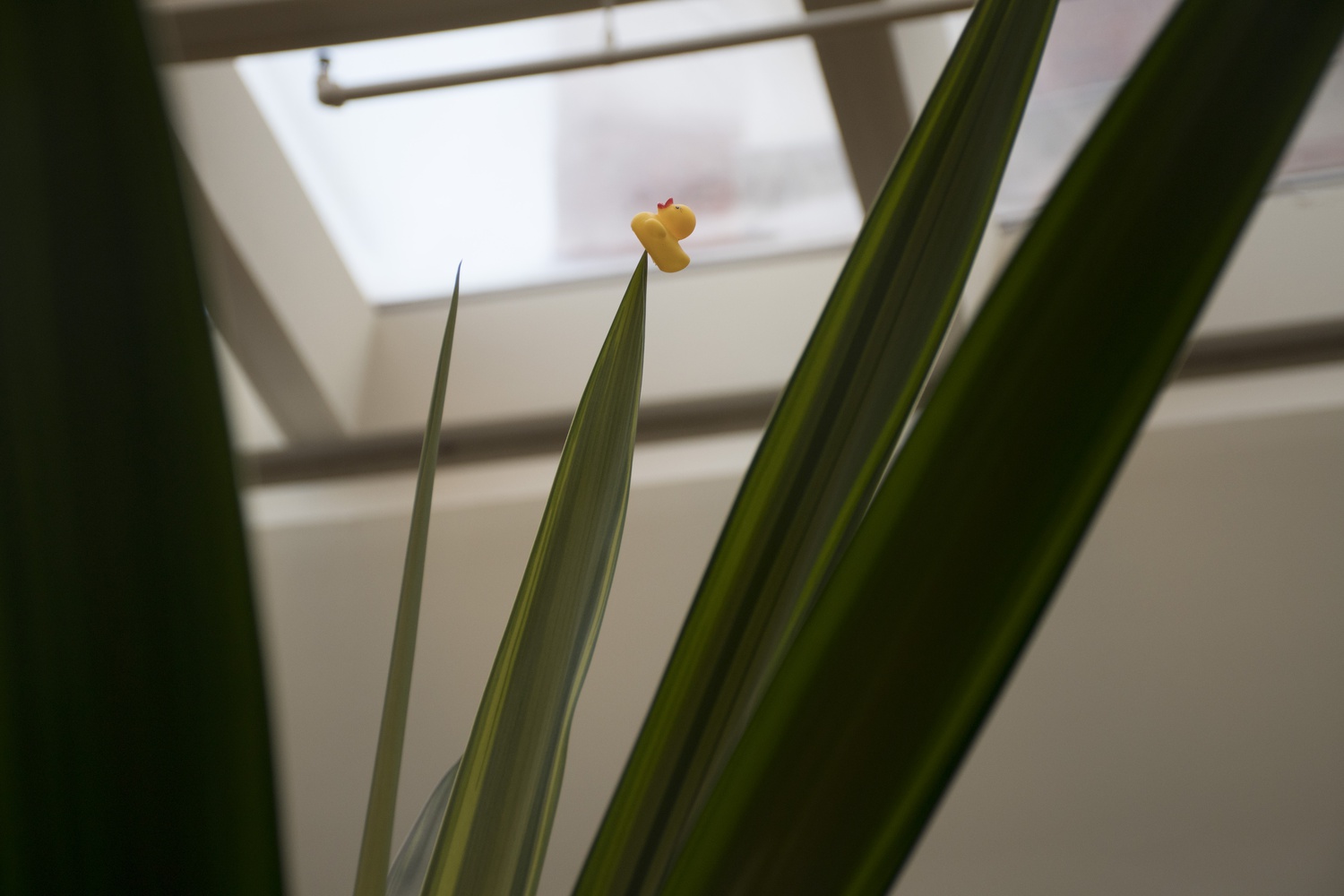