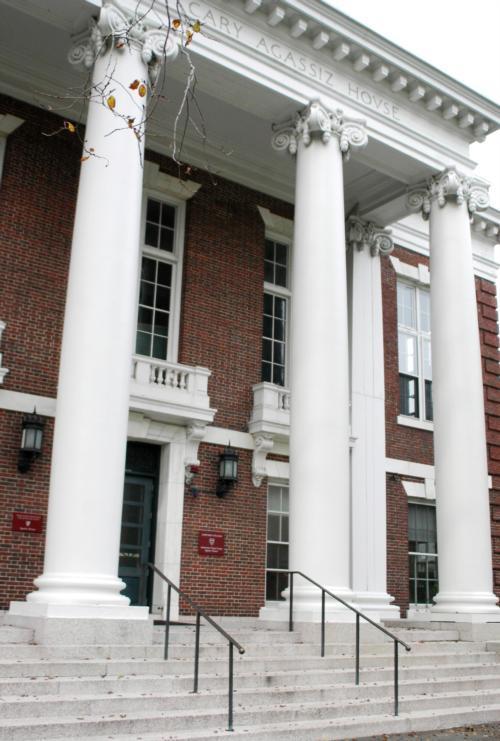 In an e-mail sent out yesterday to the Class of 1975, the Harvard Alumni Association (HAA) apologized profusely for what some would consider at most a spelling error. Apparently, the recently printed Thirty-fifth Class Report omitted the "e" from "Radcliffe" on the book's spine.

According to the College Alumni Programs Web site, Class Reports "are a longstanding Harvard tradition, dating back at least to the mid-1800s. They serve as historical chronicles of classes and encourage alumni to reconnect with each other and the College through the sharing of current contact information, family news, and in-depth life stories."

Class Reports are sent to all alumni in a given class, and the Class Report Office's Web site indicates that 81 percent of the Class of 1975 contributed financially to this year's publication. So this is pretty awkward.

On the bright side, yesterday's e-mail, which was co-signed by HAA director of College Alumni Programs Courtney D. Shurtleff and HAA executive director John P. Reardon '60, extended alumni the options of trading their books in when they're in town for their 35-year reunion or requesting a prepaid mailer for returning the book. The organization explained that returned books will be "corrected by hand at [the HAA's] local bindery."

By hand? Impressive. Though no wonder they made the mistake—the bindery probably thought the terminal silent "e" was from an olde-tymey spelling—but it turns out that “Radcliffe” is actually  the more modern spelling of the college’s namesake, Anne Radcliffe, whose name was often spelled “Radclyffe.”

Props to the 1975 graduates of Harvarde Univerſity and Ye Olde Radclyffe Colleg on their upcoming 35th reunion, though.