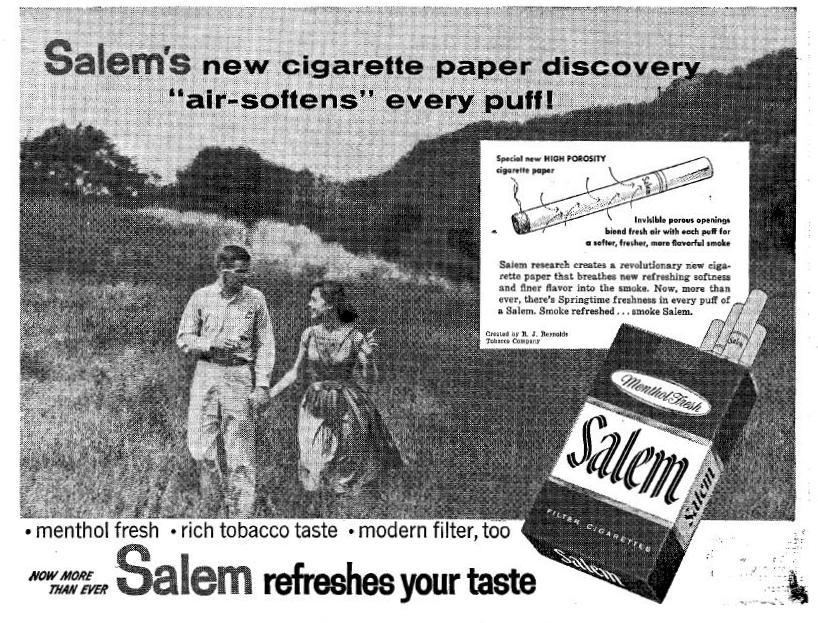 There has been one Queen of England, but that’s about all that has been constant in the 50 years since the Harvard class of 1960 graduated.

One immediately noticeable difference is the frequent presence of cigarette ads in the 1960 papers, free from the warnings of the Surgeon General. An ad from Salem (see first image) claims that its newest technology “breathes new refreshing softness and finer flavor into the smoke.”

But cigarette companies weren’t the only ones to advertise in the paper—back then, recruiters were already hard at work on Harvard's campus. IBM (see second image) looked to recruit students by discussing the capabilities of its newest computers: “the computer goes to work with prodigious speed and accuracy. Often, it can solve a problem in minutes…”

The year 1960 also saw an increase in tuition—the new total moved up to $1520. And that included healthcare.

More significantly, John F. Kennedy '40 and Richard Nixon were locked in a heated presidential race that consumed The Crimson and national news. Though the two candidates were close in most polls, Kennedy dominated at Harvard, winning every measured demographic—except for the Business School, where only 24 percent backed Kennedy (see third image). If you’re curious, Adams was the most liberal residential house—70 percent of its residents backed Kennedy. Winthrop, where Kennedy lived as an undergraduate, showed the weakest support for him at 52 percent.

In the 1960 pre-registration issue, The Crimson re-ran a 1958 article about the role that Final Clubs play on Harvard’s campus titled “The Final Clubs: Little Bastions of Society In a University World that No Longer Cares.” The author wrote that Final Clubs had to change before they would once again "become a generally recognized elite." He predicted, however, that "there seems little chance, however, that the Clubs will take a turn in this direction." Wonder what he would have thought about the way Final Clubs operate now.