Harvard Students are Such "Romantics" 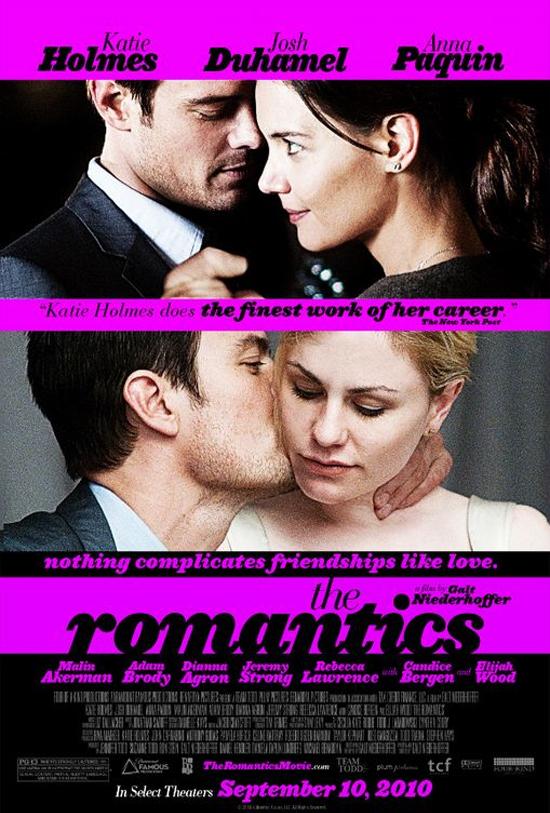 New York Times film reviewer Stephen Holden calls “The Romantics,” a movie about Harvard grads convening at a wedding, “a formulaic rom-com with an Ivy League pedigree and a higher than average SAT verbal score.”  That might be enough to dissuade some readers from seeing this J. Crew-styled reunion flick, but others (hi, freshmen!) might perk up their ears and get out their wallets at the chance to see Katie Holmes and Josh Duhamel portraying big-screen versions of our disillusioned future selves. Still on the fence? We'll break down the Harvard connection to help you decide.

Galt Niederhoffer '97, the film's director and author of the book on which it was based, is a Harvard alum (and former varsity squash player!). +8

In the book, the characters are Yale alums. -10

Much emphasis is placed, in both the film and the book, on the closeness of the titular friend group. In the trailer, Katie Holmes’ character says, “Our friends got the nickname ‘The Romantics'... because of our incestuous dating history.” Sound like any blocking groups you know? What about this earnest paean, also highlighted in the trailer: “Nurse, shrink, opponent—we’re everything to each other,”? Yeah, you can blame the Andre, but you’ve definitely said something like that to your roommates. +6

Even though they’re approaching 30, no one in “The Romantics” has their life fully figured out, or is really even settled on a career. We don’t want to think about this too much. +0

Both the movie and book are set on the tempestuous Atlantic coast (on Long Island in the movie and in Maine in the book), home to a large portion of Harvard students—and even more alums. +3

The book and the movie depict Ivy Leaguers as being exclusively wealthy, preppy, and WASPy, which, occasional slip-ups aside, isn’t really accurate. -4

The final score: +4. Go for the preppy prettiness, stay for the malaise. The movie was released in New York and Los Angeles on Friday, but it's coming to Kendall Square Cinema on Sept. 24.

Image courtesy of Four of a Kind Productions.