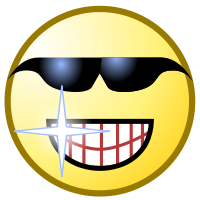 For the transcript-conscious, try distracting recruiters and grad-school admission boards from those sub-par grades with these flashy titles. We recount this semester’s coolest-sounding course titles for those looking for the right mix of pretentiousness and PR.

Aesthetic and Interpretive Understanding 30: Love In A Dead Language: Classical Indian Literature and Its Theorists—For the inner hopeless romantic inside everyone, “Love in a Dead Language”—a class to refine the inner connoisseur of romantic Sanskrit and Hindi literature—speaks to the passions of the classical Indian poets and authors.

Science of the Physical Universe 27: Science and Cooking: From Haute Cuisine to Soft Matter Science—Though it’s the course most un-needing of added publicity this semester, we do give kudos to course heads Professors David A. Weitz and Michael P. Brenner for a cool colon-bearing title when the class could easily have been called “Cooking 101.” And double points for all the “haute” puns this class permits—and The Crimson’s already rampant overuse of them.

Science of the Living Systems 24: From Neurons to Nations: The Science of Early Childhood Development and the Foundations of a Successful Society—A class in an identity crisis of belonging to the Human Evolutionary Biology or Government departments, SLS 24 nonetheless alliteratively bridges the disciplinary spans intended by the General Education program. “Neurons to Nations” seems like a non sequitur at the surface, but with a large teaching staff of Harvard Medical School, School of Public Health, and Graduate School of Education professors, this class is sure to live up to its lofty name.

African and African American Studies 115: HBO’s The Wire and its Contribution to Understanding Urban Inequality—A class that drew a lot of attention when announced last year, “HBO’s The Wire” will hopefully be followed up by a continuing series of Harvard courses, each drawing closer and closer to Romance Languages and Literatures 48: “MTV’s The Jersey Shore and its Contributions to Understanding Guido Inequality.”

History of Science 151: Modern Pasts and Postmodern Futures—Cue up the DeLorean, Doc Brown! Professor Jimena Canales explore scientific and technological modernity in a class with a title sure to confuse anyone unfamiliar with historiographical lingo.

English 199: Expertise—A cool title indeed. We’re more impressed that a class like this exists nonetheless. Seems “meta” to spend a semester developing expertise about… well, you get it.

And finally, honorable mentions go to the following courses, “Statistics for People Who Would Ordinarily Hate Statistics, but Might Possibly Be Fooled by Bad Probability Title Puns”:

Empirical and Mathematical Reasoning 16: Real-Life Statistics: Your Chance for Happiness (or Misery)

Empirical and Mathematical Reasoning 18: What are the odds?