In Test of Student Bodies' Cognitive Abilities, Harvard Comes in Second to MIT 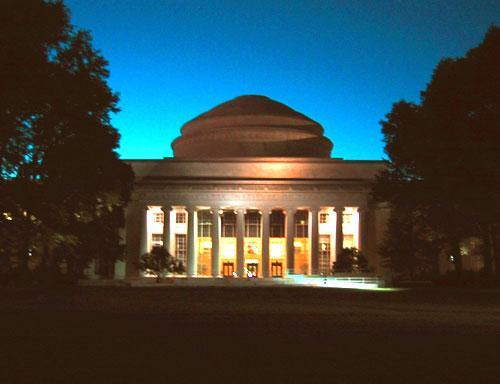 The Massachusetts Institute of Technology edged out Harvard to top a study comparing cognitive skills released earlier this month.

Unlike other college ranking systems, this study analyzed results from online games that use neuroscience to measure five aspects that contribute to intelligence: speed, attention, flexibility, memory, and problem solving.

Lumosity, the company that conducted the study, examined over 60,000 college students from over 400 American colleges, obtaining their data from their database of over 450 million plays by over 30 million global users—the largest database of human cognitive performance in the world.

Stanford, Northwestern, and Yale rounded out the top five overall.

The study also broke down each of the five cognitive areas: Harvard students topped in speed, Dartmouth in attention, Yale in flexibility (Flyby was going make a joke about how Yalies are experienced in adapting to losing before we remembered that they always lose), the Rose-Hulman Institute of Technology in memory, and MIT in problem-solving.

This is the first such ranking system, explains Daniel Sternberg, data scientist at Lumosity and the man who led the initiative.

Rankings were strongly correlated with those based on a college's median composite SAT and ACT scores and with the U.S. News & World Report's annual college rankings. Problem solving scores, in particular, showed strong correlation with SAT scores.

Sternberg did point out, however, that many colleges that he expected to do better fell in overall rankings because of their memory scores, including Brown, Columbia, Penn, Princeton, and Yale, all of which failed to crack the top 25 in terms of memory.

He also said that he would like to repeat the study annually explaining the impact such initiatives could have on shaping our perceptions of human ability.