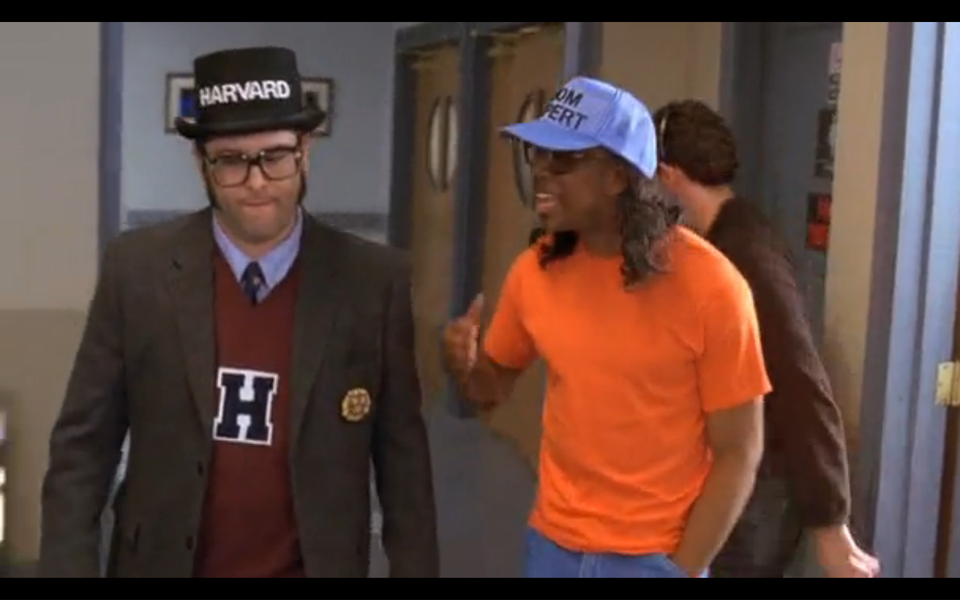 These "hyper intelligent Harvard boys"—as Tina Fey once referred to them—dominate the writing staff of nearly all NBC shows, including Fey's own sitcom "30 Rock," a show about NBC writers. With five Harvard graduates on its writing staff, "30 Rock" has never hesitated to make fun of the University.

Season one, episode two introduces the character James "Toofer" Spurlock, a fictional Harvard grad. According to Alec Baldwin's character, Jack Donaghy, he is nicknamed "Toofer" because "with him you get a two-for-one; he's a black guy and a Harvard guy."

In the full-blown Crimson episode "Secrets and Lies," former Harvard Lampooner Ron Weiner '95 adds an entire subplot where Toofer and another writer feud over Toofer's status as a Harvard alum.

Occasionally the Harvard stereotype just makes fun of itself. When Toofer attempts to quit his job at TGS, the faux NBC show for which he writes, he tells Liz, "I'm off. With my degree I can always go into architecture or medical nanotechnology." When Liz, confused, asks him what his college major was, Toofer responds, "Sorry I don't understand—Oh, I see. At Harvard we call them 'concentrations.'"

Toofer also pulls the eerily accurate modesty card, making every effort to avoid speaking of his education. "You know I went to school in Boston," he says. "Well, not in Boston, but nearby. No, not Tufts."

Tags
Harvard on the Web