Kirkland Did What?! – A History of Harvard Presidents 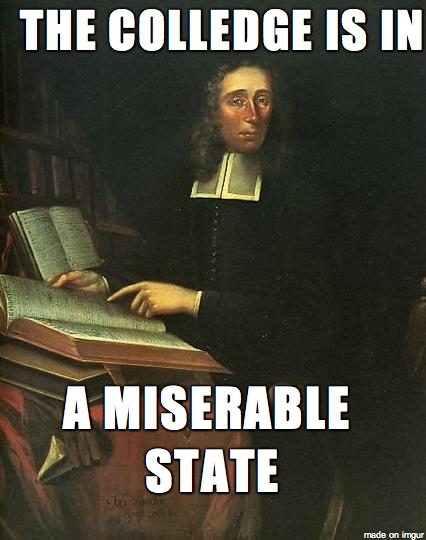 We all know what it takes to get the Harvard School of Public Health named after you. But what did the colorful characters the Houses are named after contribute to our glorious University’s history? Here are the highlights:

Dunster (1640-1654) – Henry Dunster was the first president of Harvard College. He established the corporate charter that still governs Harvard to this day, and the motto “Veritas” was proposed during his Presidency. VE-RI-COOL! Dunster also married twice to women named Elizabeth. Guess he never had to regret that “I <3 Lizzy” tattoo.

Eliot (1869-1909) – In his forty years as president, Charles William Eliot oversaw Harvard’s transition from a small college into a modern research university. You can blame Eliot for why your professor doesn’t respond to your emails. Also, Charles was the cousin of poet T.S. Eliot; never since Eliot Christmases have there been such intellectually stimulating (yawn…) holiday dinners.

Kirkland (1810-1828) – John Thornton Kirkland instituted many of your favorite parts of Harvard during his term, namely grades and sections. Next time you’re in Ec 10 section, curse Kirkland instead of Greg Mankiw! He also was president during a giant food fight in University Hall. Must have been the swai.

Leverett (1708-1724) – John Leverett was Harvard’s first secular (non-clerical) president. During his presidency, Massachusetts Hall was constructed and Harvard’s student population grew to an overwhelming 124 residential students. The line at Ye Olde Tasty Burger must have been the worst.

Lowell (1909-1933) – A. Lawrence Lowell oversaw the “clubby” and “social” campus as it transitioned to his vision of the present House system. He also forced freshmen to live on campus, though this didn’t yet mean exclusively inside the Yard. Nor does it still. I’m still seething with Union Dorm angst.

Mather (1692-1701) – Increase Mather served president for nine years, but he wasn’t around for much of it. He spent a lot of time lobbying in England, so it should come as no surprise that in 1702 Mather wrote “[t]he Colledge is in a miserable state.” Maybe that’s why Mather House is located so far from civilization today. Fun fact about Mather: he was involved with the infamous Salem Witch Trials, and refused to denounce them! The concrete jungle remains haunted by those spirits to this very day.

Quincy (1829-1845) – Josiah Quincy took John Thornton Kirkland’s grading system and added a bonus level “Scale of Merit” that included demerits for behavioral infractions. I wonder how many strikes texting in class is worth? Quincy also served as mayor of Boston for six years, during which the present-day Quincy Market was built. I wonder if Josiah was a froyo or soft pretzel kind of guy?