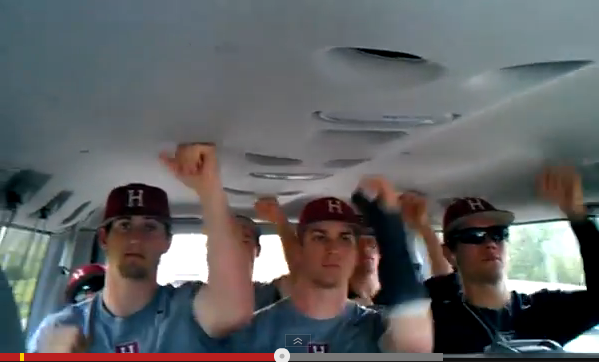 Way back when we believed Carly Rae Jepsen had a promising musical career, it seemed that just maybe our very own baseball team did, too. You might remember that Harvard’s men’s baseball team performed a dance to Jepsen’s hit Call Me Maybe in their van on their way to a game.

The video garnered nearly 18 million hits and led to our boys appearing on various morning talk shows. Alas, both Jepsen and the baseball bros fell from stardom as quickly as they rose, leaving behind only the annoyingly catchy tune, which you’ll now only ever hear at sweaty dorm room parties.

But that’s not where the throwback ends, and in the spirit of Halloween, we want to throw back to October 31 2012, six months after the viral video, when Nicole Bulcher, a Dallas Cowboys cheerleader, tweeted a photo of herself and fellow cheerleaders dressed up as none other than our baseball team for Halloween. True, the idea was not really topical because everyone knows that anything that’s viral has a strict lifespan of a month tops (just ask Robin Thicke), but we still appreciate the recognition. It’s probably the only time a Cowboys cheerleader will ever be in a Harvard Baseball players pants.