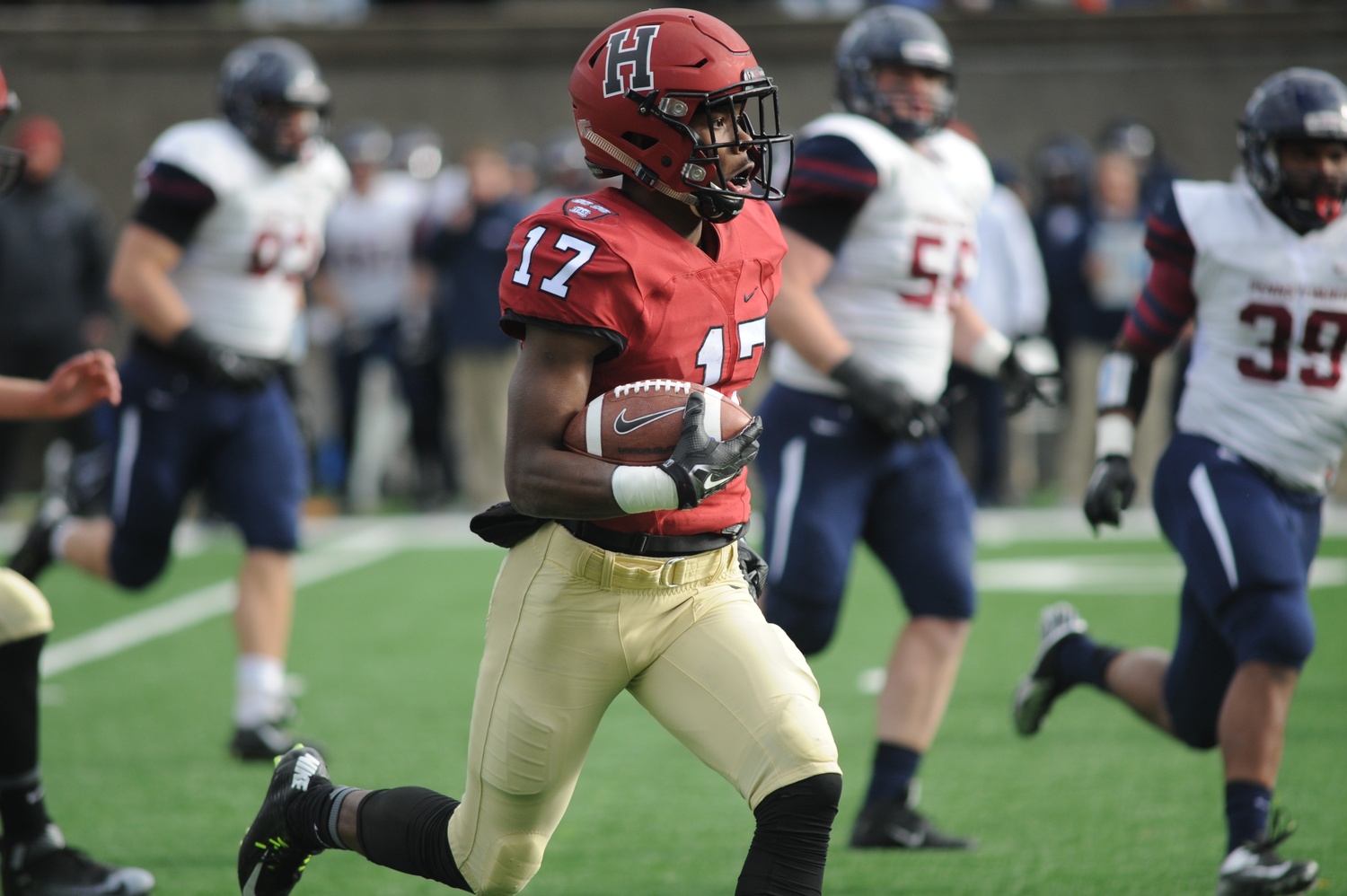 Rookie wide receiver Justice Shelton-Mosley and the Harvard offense will look to bounce back from a loss to Penn and claim its third straight Ivy title against archrival Yale. By Matthew W DeShaw

It’s that time of year again, Harvard! This weekend is the 132nd playing of The Game in New Haven. #YuckFale

Today is going to be 56º with some rain in the morning.

Catch of the Day

Harvard-Yale Drinks
Flyby has your back.

Rather and Banks Win Low Turnout UC Election
Shaiba Rather ’17 and Daniel V. Banks ’17 edged out two other tickets to clinch the Undergraduate Council presidency and vice presidency amid the lowest undergraduate voter turnout since 2011, according to UC Election Commission chair Matthew C. Estes ’18.

Police Investigate Vandalism on Portraits of Black Law Professors
Police are investigating a case of vandalism involving portraits of black Harvard Law School professors that were defaced with black tape, an incident that prompted Law School Dean Martha L. Minow to call racism “a serious problem” at the school on Thursday.

At Rally, Students Call for Sexual Assault Policy Change
Recounting emotional stories of sexual assault, more than 80 undergraduates convened outside Massachusetts Hall on Thursday afternoon to call on the College to commit more resources and attention to preventing sexual assaults on campus.

The Back of the UC Ballot
Before the voting period in the Undergraduate Council’s annual presidential election comes to a close on Thursday evening, undergraduates have the chance to weigh in not only on which students should lead the College’s student government next year, but also on two questions at the end of the ballot.

CS50 Expo @ Yale at 3 p.m. in the Sterling Memorial Library (in case you get to Yale too early to start drinking and/or you really love CS50).

Kittymachine, the show, is being put on at 8 p.m. in the Adams Pool Theatre on Sunday. Reserve tickets by emailing kittyinthepool@gmail.com.