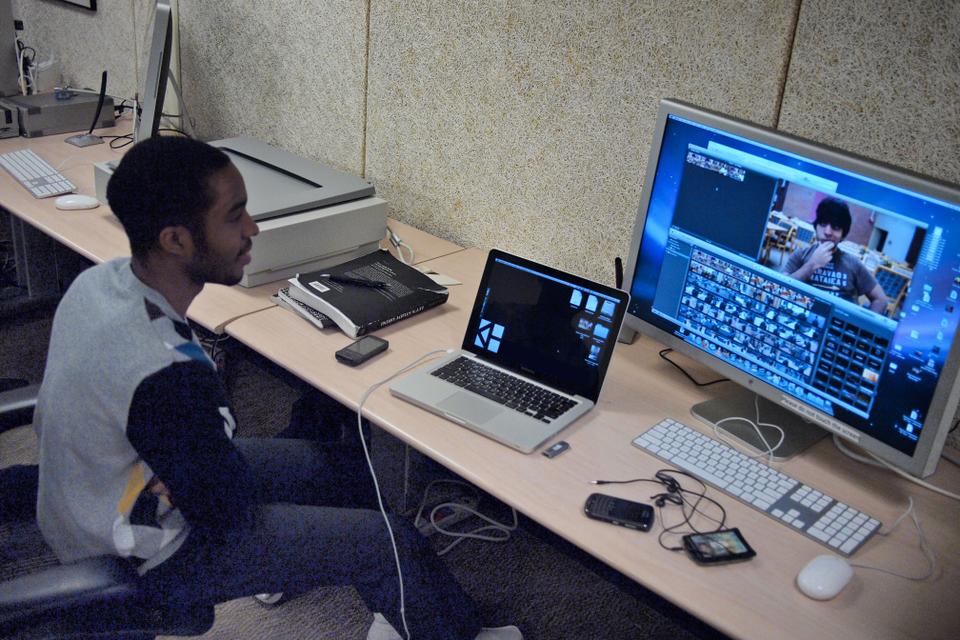 With only a few days remaining, Harvard's Houses have been releasing YouTube videos at a steady clip. The videos are filled with memes and pop songs. Some are pretty bad; others make us want to transfer from our lame Houses and into ones that know how to make a quality video.

The new Adams House video features an original song in the vein of “Almost There” from Disney's “The Princess and the Frog" in which Adams House residents strut their stuff on a short walk to their House’s front entrance.

The song’s narrator tells a girl he meets in Widener, “Come and let me take you back to Plympton Street,” and finally, “Baby won’t you let me show you what it means to be gold coasted all night long,” as House inhabitants dance to the music.

Mather’s video, “Concrete Seduction,” is heavily auto-tuned with some special effects scattered in for good measure. It shows a continuous party throughout the House. A gorilla and wizard roam the halls, opening the doors to reveal rooms filled with dancing Matherites. In the final rap, an unsuspecting first-year succumbs to the “concrete seduction,” as the featured vocalists verbally batter the other Houses—“Cabot sucks and Dunster swallows / Jerkland blows and Adams follows.”

While this year’s video was unable to top Mather’s masterpiece last year, it is a solid attempt and makes sure to brag about everything the House is known for—“singles for life,” the Mather Lather, the “Mather Express” shuttle, and concrete walls.

Eliot’s video, entitled “(10,000) Days of Eliot,” opens with a faux-biblical quotation, extolling, “The LORD makes a distinction between Eliot and the other houses.” Following the quote, it is Housing Day, and we see the depressed reactions of the freshmen, who have not received an envelope with Eliot House scribbled inside. Their reactions range from shock to dread, all the way to tears. A new Kirkland resident even goes so far as to push their letter back under the door.

Finally, however, the video’s protagonist excitedly finds out he has been placed in Eliot, and walks from his dorm in Matthews down to the House in a celebratory dance a la “(500) Days of Summer”—complete with Hall and Oats’ “You Make My Dreams.” Hugging and high-fiving everyone he meets, he arrives in the Eliot d-hall to find it filled with dancing upperclassmen, welcoming him to his new home.

The Harvard Hooligans released another YouTube video in support of Eliot.

They ask students and staff about the other Houses and each time they receive a negative answer. For example when one student is asked about his impression of Quincy House, he responds, “I used to beat the shit out of a kid named Quincy.” Another student asserts throughout the video that he’s never heard of the Quad, while another alludes to the Mather House video, saying, “Concrete seduction, more like child abduction.”

Kirkland House weighs in with a mere 14-second video clip.  With T.I.’s “What You Know” playing in the background, red letters on a black background read, “There’s really only one thing you need to know about Kirkland House. The ‘Holiday Dinner and Dance’ is for Kirkland Residents only.” A last ditch effort to endorse Kirkland with the days counting down? Maybe the prospect of Incest Fest will be enough to excite incoming Kirklanders, but this video sure won’t do the trick.

Winthrop opens with a shout-out from Wyclef Jean and then goes immediately into a re-tooled version of Ke$ha’s “Tik Tok,” opening with “Wake up in the morning feeling like Bernanke.” Winthrop’s lion leaves its room and makes its way through the House and into the Yard, partying the whole way.

Dunster splices Old Spice’s popular Super Bowl Ad with great success. The voice work in this is spot on. Make sure to watch it until the end because you are in for an exciting twist on what was already a cool ad.

While these videos are no replacement for getting your housing assignment, after watching these demonstrations of House pride, freshmen should have a few more reasons to believe that every House has something to offer.