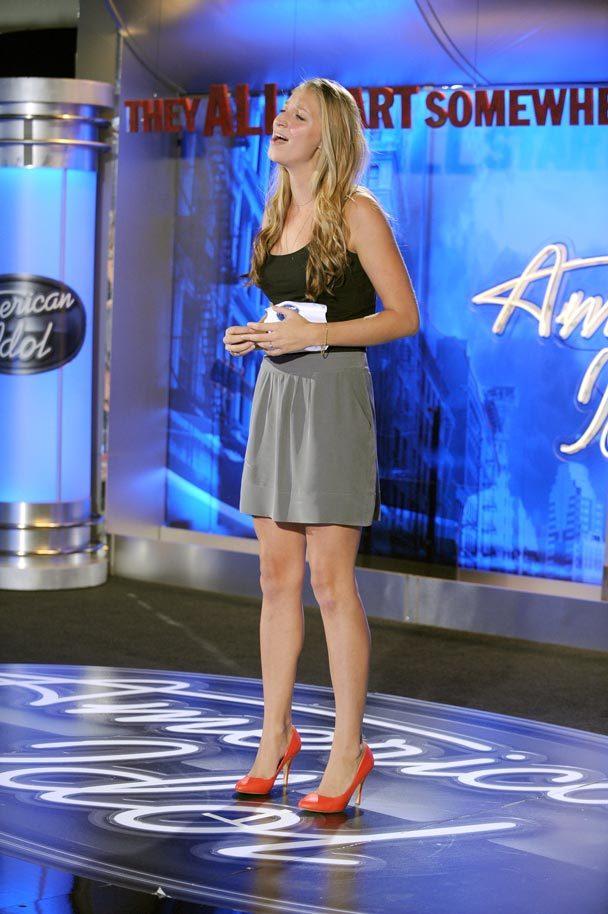 Closet American Idol followers and enthusiasts need no longer hide away in their rooms to watch the show on Wednesday and Thursday evenings. They can now justify procrastination (and secret Idol obsession) by supporting Molly D. Swenson '10, who is a contestant on the tenth season of the popular television show. Swenson, currently a White House intern, made her American Idol debut last Wednesday night on Fox.

The tall blond beauty impressed the judges with her credentials, but she blew them away with her rendition of Otis Redding's "(Sittin' On) the Dock of the Bay."

"I was impressed at how low you started ... It sounded really rich down there, which is a tough thing and tough to control when you're nervous," said Jennifer Lopez, a judge on the show.

The other judges seemed very impressed as well.

Randy Jackson seemed to have a hard time figuring out why it had taken her so long to audition. Now that she had though, they weren't about to let her go, White House intern or not.

"Tell Obama we need you," Jackson said. "Who knew what was going on at the White House?"

He might as well have asked what was going on at Harvard. Swenson had an illustrious singing career at the College as a four-year member of the Harvard Opportunes, the oldest mixed gender a cappella group at Harvard. Swenson held the position of musical director her sophomore year and was the main choreographer for the group during her last two years.

From the very beginning of her career with the Opportunes, Swenson stood out.

"She was one of the most incredible singers I had ever heard," said former Opportune Sam L. Linden '10. "You could tell there was something really remarkable about her voice."

"Even if it was a guy's solo, she was always a contender," said Opportunes President Ebele M. Anidi '12.

The more pressing question at the moment, however, is how she will handle the transition from Sanders Theatre to Hollywood.