The War of the Houses: A Map 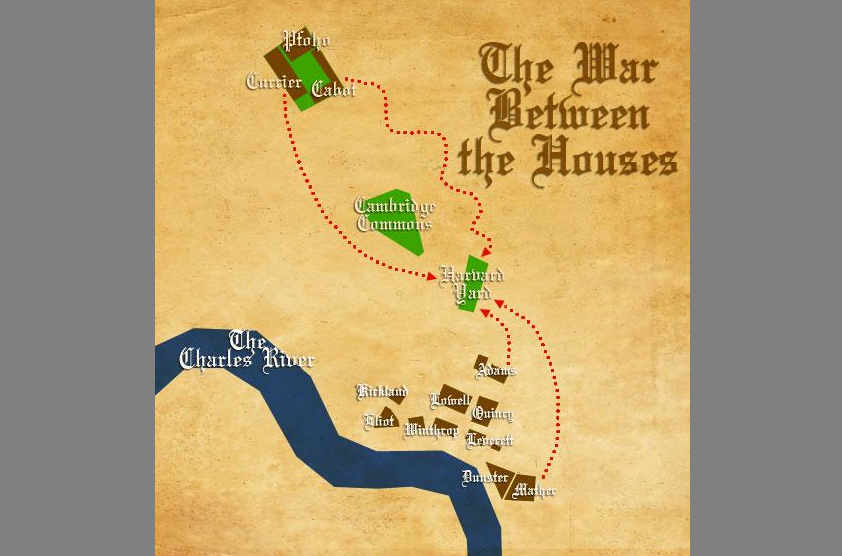 The recent conflict between Currier and Adams has intensified over the past several days to involve Mather, Pfoho, and Cabot—each of which has allied with Currier. Flyby brings you a suggested military strategy for the inevitable climactic battle:

Adams will begin to advance on the Quad. Currier, Cabot, and Pfoho will move towards the Yard to cut off Adams before it makes any headway. Mather will follow Adams, entering the fray shortly after the Quad houses. A skirmish will ensue, and the infantries of all the battling houses will begin to blast each other with water muskets. Combat will be bloody. Tourists will steer far clear of the Yard until the dust settles. And then, at last, a victor will emerge. Generals will meet beneath the John Harvard statue and draft a peace treaty. But who will the champion be? Which banner will you rally behind?