What's Better Than Sex? It Could Be Talking

By No Writer Attributed • 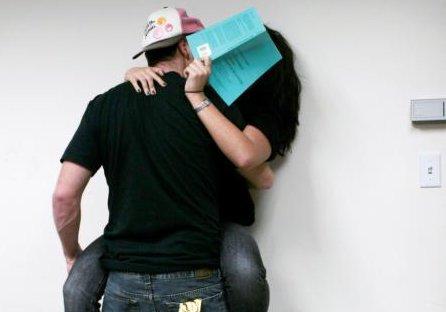 Apparently a chaste activity does exist that is analogous to sex: talking about oneself. A recent series of studies conducted by Harvard neuroscientist and Associate Professor Jason P. Mitchell (who taught SLS 20 in 2010) and psychology student at the Harvard Graduate School of Arts and Sciences, Diana I. Tamir found that self-disclosure activates the same regions of the brain that are associated with food, money, and sex.

According to Mitchell and Tamir, 30 to 40 percent of human speech involves informing others of one's "own subjective experiences," meaning talking about oneself. That's right, we may think we're all great listeners, but we're really spending almost half of our time talking about our opinions on a subject or a telling a story in which we are the protagonist. Mitchell and Tamir conducted a series of five studies in order to determine why we love conversing about ourselves above all other topics.

The studies revealed that we will often go to comic lengths to avoid talking about others and to keep the focus of the conversation on ourselves. In some of their tests, Mitchell and Tamir even offered participants money to talk about other people, such as President Obama. Financial incentives, however, did not prove powerful enough to prevent people from revealing personal information, such as whether or not they liked pizza.

Apparently, long-winded stories about your last trip to the Delphic can be just as enjoyable as how that night might have ended. Next time you find yourself completely annoyed at a friend for being too self-involved, remember: it's just part of his brain chemistry.