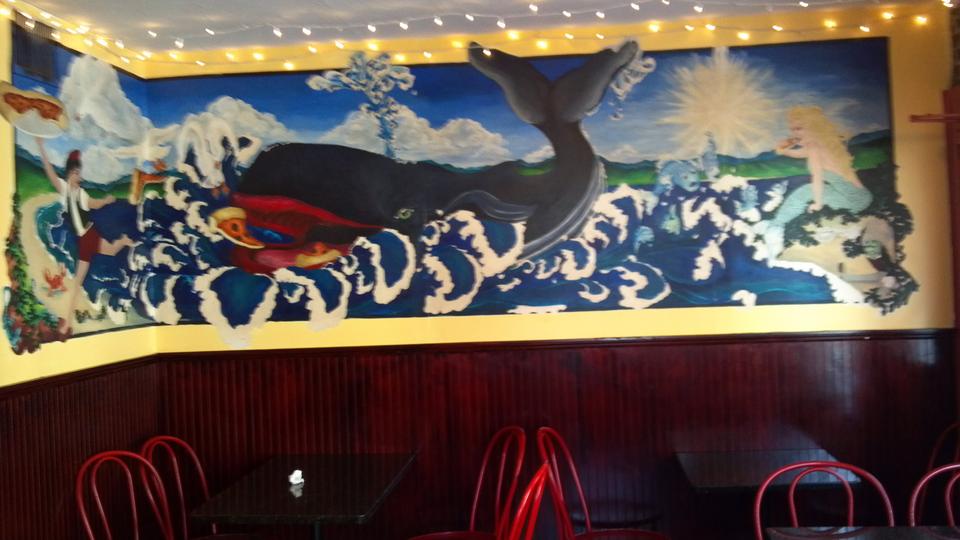 It's 1:30 in the morning, and you're hungry. But where do you go? It is a divisive debate among the Harvard student body, and loyalties to the Square's late-night stops run deep. So far, The Crimson has debated 10 of 11 popular choices around campus. Last, but not least: Pinnochio's.

On a little corner not a far walk from the Square, you’ll see a white brick building—enter through a small red door, and you’ll find yourself in the cramped Pinocchio’s Pizza & Subs, searching everywhere for a seat (and usually not finding one). But no one goes to Noch’s to sit.

They go to eat.

In my first week on campus, I was instantly hooked. Not by the subs, although they’re also pretty awesome. But by the pizza. And not by any pizza, but by the thick slices of deep-dish decadence that Noch’s terms its Sicilian. I’ve never had anything better—pizza or otherwise.

Two flavors of the Sicilian pizza really got me from the start. First, there’s the “pizza rossa,” completely in contrast to the typical composition of a late-night pizza (i.e., covered in mountains of I Can’t Believe It’s Not Cheese). Instead of covering up cardboard crust and sauce from a jar, each slice of pizza rossa embraces its fundamentals—no ordinary cheese, but a small spread of mozzarella in its center, it’s all about the sauce and the bread. Which, both at perfect consistency and packed with flavor, are out of this world. That’s not to say Noch’s skimps on the cheese, though; plenty of its pizzas add a hefty layer into the mix, and most student organizations at Harvard will tell you that Noch’s plainest cheese pizza brings students flocking to the most boring of events.

My favorite slice of pizza, however, brings an unexpected ingredient to the table—spinach. Now don’t get me wrong: like most of America, I hate the wriggling green masses I was forced to eat as a child. But somehow, the chef’s at Noch’s get it right. All of their vegetables, rather than serving as the usual tasteless pretense that usually are, add richly to the flavor of their pizzas. My kids will undoubtedly be eating their veggies in pizza form, at the best pizzeria in the world.

More than anything else, however, Noch’s has a huge personality as a restaurant. While most pizza joints are stereotypical chain franchises (or worse, the sketchy back-alley ones I wouldn't be caught dead in), Noch’s has a rich history here at Harvard—frequented by notables like Mark Zuckerberg (and the restaurant now sponsors technology forums every Friday as a result), Ben Affleck, and Matt Damon, it’s a unique atmosphere for a pizza place. And with a dash of Italian sass interspersed with the friendly staff, the great service becomes part of the experience, too.

At $4.90 for two slices of the Sicilian (which can easily fill you up, especially as a late-night snack), Noch’s is a great deal for any meal. It’s a one-of-a-kind pizza, served from a one-of-a-kind place. And, as the whale and the mermaid on the wall well know, it’s worth the chase.