Summers: Thiel Fellowship 'The Single Most Misdirected Bit of Philanthropy in This Decade' 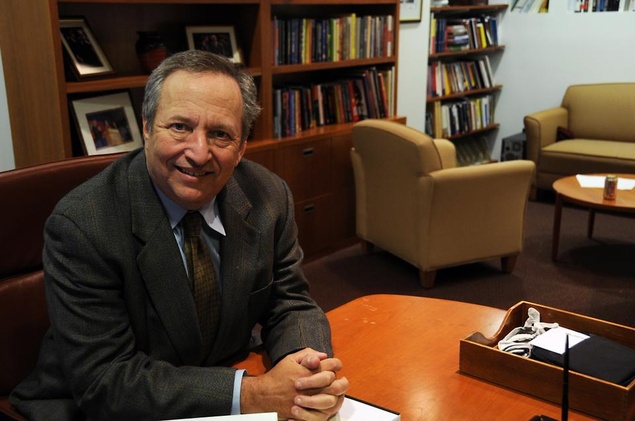 In one of his first public appearances since withdrawing his name from Fed Chair consideration, former University President Larry Summers came out swinging against the Thiel Fellowship, a controversial scholarship created by entrepreneur and venture capitalist Peter A. Thiel.

Summers called the Fellowship, which grants $100,000 to 17 to 20-year-olds who leave college to start a company, “the single most misdirected bit of philanthropy in this decade,” according to technology news website TechCrunch.

With the tagline “Some Ideas Just Can’t Wait,” the Thiel Fellowship’s website states that the scholarship allows bright students to pursue their own work, research, and “self-education,” along with providing access to mentors in a variety of fields.

Thiel was the first outside investor in Facebook, founded by Harvard drop-out Mark Zuckerberg, and the Fellowship’s supporters have pointed to other drop-outs, such as Bill Gates and Steve Jobs, as visionaries who changed the world without a college degree.

The site touts the slogan that, with the Fellowship, “Rather than just studying, you’re doing.”

But Summers said that the Silicon Valley titans who dropped out of college are the exception, not the rule.

“I think it’s hard to look back and say it’s a sad thing that Bill Gates dropped out of college—world’s OK, he’s OK,” Summers said, according to TechCrunch. “I think it’s a hard thing to say that it’s sad that Mark Zuckerberg dropped out of college. But they are extraordinary exceptions, and if any significant number of intellectually able people—of the kind that would have the opportunity to attend top schools—are dropping out, I think it’s tragic.”