Fox News Thinks We Are a 'Threat to the Gene Pool' 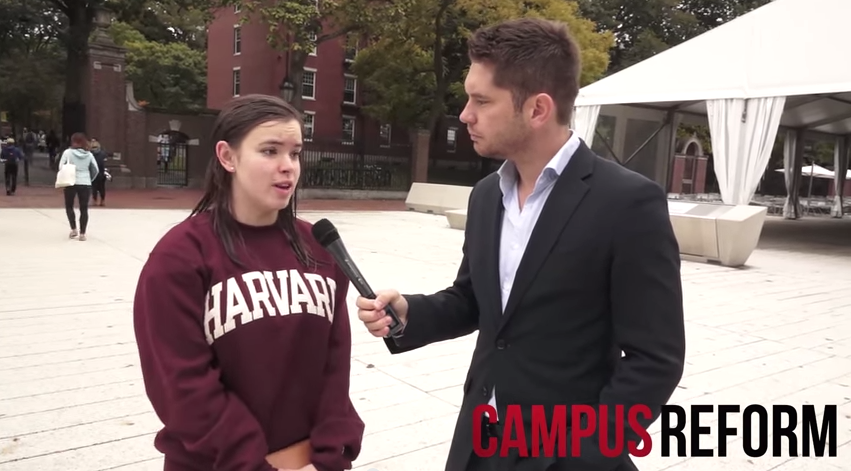 Last Saturday, a reporter from “Campus Reform” came to Harvard to ask students if “America or ISIS poses a greater threat to world peace?” In case you haven’t heard, the video went viral. Within hours Fox News picked it up, and then commented on it during their show Outnumbered.

Now, without discussing the political merits of either argument, here are a couple moments of hilarity, irrationality, and downright absurdity from Fox’s response:

#OneLuckyGuy In Reference to Harvard Students:

“They’re a threat to the gene pool…”

Really? We’re a threat to the gene pool? People want to buy our sperm for $1200. A Harvard student could probably make more money in 20 minutes than Fox News did making this video.

In reference to the fact that many countries require citizens to serve in the military:

“And I’m not saying that’s necessarily the case in Cambridge, or Harvard, or whatever we’re talking about…”

Girl, you know Harvard’s in Cambridge. Your rejection letter was stamped with 02138. And in case you’ve forgotten, the ENTIRE United States of America has a volunteer military, which means regardless of where you live in America, you can be a citizen without serving too.

In reference to the comments of three Harvard Students in Campus Reform’s video:

The video features 3 Harvard students. Three. Out of 6400 undergraduates. 0.05% is a pretty solid sample size to extrapolate to the views of the entire university, right? Solid reporting.

In response to a claim that everyone should drive Teslas to reduce the dependency on foreign oil:

Honestly John Wayne, we don’t even know where to start.