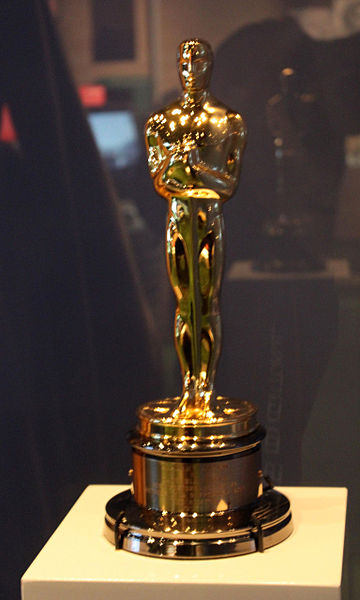 Break out your inner fashionista, because the Oscars are tonight! Before you get ready to judge who wore it best and who was an utter train wreck, you might want to take a look at the mathematical genius behind predicting the outcome of the awards.

Harvard’s very own Ben Zauzmer ‘15 has been predicting the Oscars since 2011, using a statistical regression model that is based on the premise that if something was a good indicator historically, then it will continue to be. The predictions for this year have “Frozen” leading with a 92% chance of winning the Best Animated Picture category. But for Best Picture, the winner seems to be “Gravity”; however, “12 Years A Slave,” the mathematical underdog, is a heavy favorite in the Oscar world and could upset the model. You can see the full list of Zauzmer’s predictions on the website of The Hollywood Reporter.

Zauzmer decided to marry his love of film and math during his freshman year, after seeing the growing trend of predicting political and sporting events. “I was sitting at the IOP after some event there and I was reading about the Oscars on my laptop, and I thought ‘Gosh you really should really be able to do these for the Oscars, even if there isn’t quite as much data, it’d be worth checking out if there was enough.’ So like any cool kid, I spent the next month in Lamont gathering data on Excel to actually try and run some regressions.”

“I do think that math is one of the best ways to predict the Oscars. It’s worked the last two years I believe there’s a lot of personal bias that comes in to play when you try to make predictions based off of just seeing the movies, as good the experts are. But that being said, it needs some of both. You need the science and you need the art. “

When asked about his personal preferences, math aside, Zauzmer said, “My favorite movie of the year was ‘Frozen’. That, of course, did not get a Best Picture nomination… but I really liked ‘Captain Phillips’ and ‘Dallas Buyers Club.’”

Zauzmer has collected some Harvard-related Oscar trivia. Both Leonardo DiCaprio and George Clooney say the word “Harvard” in “The Wolf of Wall Street” and “Gravity,” respectively, and three of the scripts nominated for mention either Harvard or the word “crimson.”

For example, in “Frozen” when Olaf first meets Anna he says crimson is a color for snow. And the film “Captain Phillips” held it’s premiere party at the Harvard Club. But perhaps the most interesting is that two of the nominated directors (Joshua Oppenheimer for “The Act of Killing” and Jehane Noujaim for “The Square”) for Best Documentary went to Harvard, each taught by the same professor and graduating within a year of each other. Three more Harvard alum round out the nominees in Best Picture (David Heyman, the producer for “Gravity” and Jeremy Kleiner, the producer for “12 Years A Slave”) and in the category for Short Film- Animated, with Lauren MacMullen for “Get a Horse!”

“Some fields lend themselves really nicely to mathematical modeling, and the Oscars are not one of them. So, I’m doing the best I can with this. What I’d like to see is that some of the predictions are true, but that some of them surprise, and that’s what’ll make it exciting for the next year.” Each year, Zauzmer co-hosts an Oscar party, which will be held in Winthrop this year. He will be live-tweeting the Oscars for The Hollywood Reporter from his Twitter account @BensOscarMath.

So grab your blocking group and get ready to judge the hell out of that red carpet.

—Staff writer Natalia Wojcik can be reached at natalia.wojcik@thecrimson.com.