How to Waste Away Your Snow Day 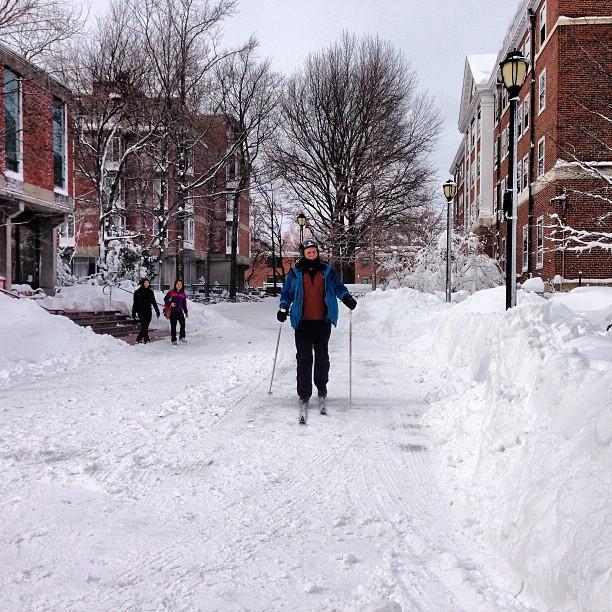 After three snow days in less than three weeks, Harvard students are experts. And at this point, it seems like the university has given up on the “we’re exceptional enough to go hold class during a blizzard” attitude it had for most of its history, so who knows how many more snow days we’ll have this year? That being said, it’s still important to make the most of every precious day off. Here are some of our favorite ways:

Sledding on the steps of Widener
A classic snow day pass time. Steal a tray from the d-hall and make your way over to the Yard. It’s snowed so much that this is a surprisingly safe option. As long as you’re willing to accept the chance that you’ll end up with snow in places you’ve never wanted it, sledding is probably a good option for you.

Never Leave Your Room
The power hasn’t gone out, so the options are endless. Binge watch on Netflix, binge watch on Hulu, binge watch on HBO Go… something we already do, but snow days take away the guilt you (might) feel about skipping lecture to watch "one last" episode.

Snow-Night Out
Snow days are announced early enough to give you plenty of time to bundle up and go out for the night, if you so choose. If you can make it through the snow drifts that are already taller than most of us, the snow days are really just an extension of the weekend. Celebrate having the next day off with your favorite frat or final club.

Catching up on your reading/psets/etc.
What we all told ourselves we would do when they announced the first snow day, but is never going to happen. It’s probably best that you just accept that snow days and classwork are mutually exclusive. You can always catch up on reading during reading period, right?