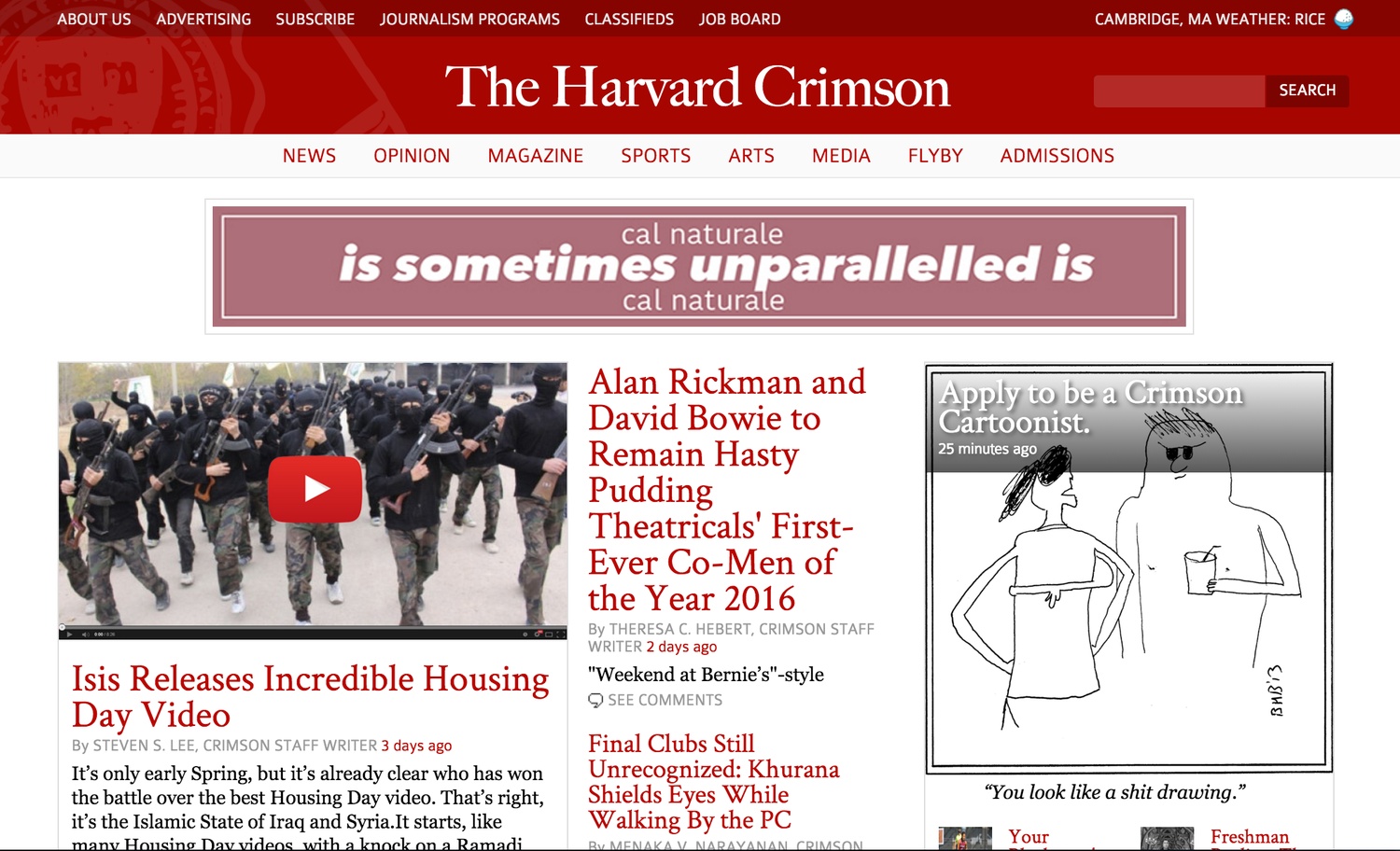 Imitation is the highest form of flattery, right? By Eva S. Monroe

#ComptheCrimson because yes, you too can be a tacky cartoonist. It’s a joke that’s been done before. This Saturday morning, the campus was greeted with a load of recycled humor, with just a sprinkle of good material mixed in. Well, most of the campus...sorry to all the folks in Kirkland who got skipped over. You didn’t miss much.

Throughout most of the year, Flyby—and the Crimson in general—is too busy producing actual content to give much thought to The Harvard Lampoon, a semi-secret Sorrento Square social organization that used to occasionally publish a so-called humor magazine. The fact is that they simply aren’t funny; have you ever flipped through one of their magazines? It’s the sort of humor that only people who spend their time in a castle plastered with basic neon signs would appreciate.

Every now and then, though, they get lucky. Like this summer, when they pranked Donald Trump—that was actually funny. And occasionally, some freshman slips into the organization and gives them a dose of material not yet tainted by their dry humor. This gets passed off as an annual spoof of the Crimson, something almost as funny as that cat video on Facebook that your mother just tagged you in. 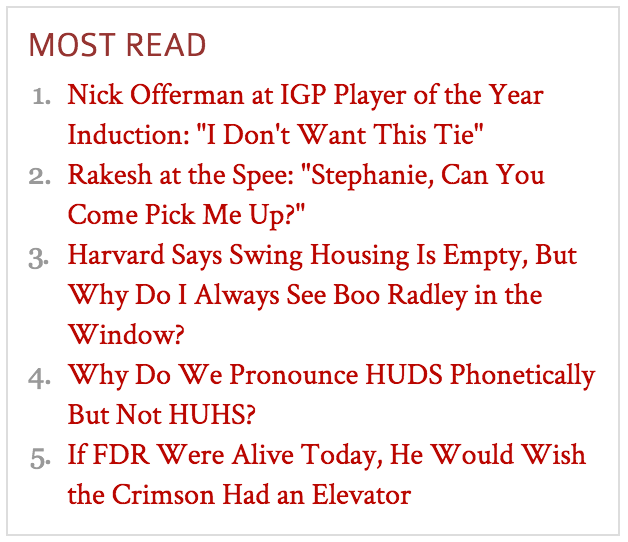 Breaking: Lampoon at its funniest when they don't have to write more than one sentence. By Eva S. Monroe

ISIS gets Turnt: Only at Harvard do we find people willing to take that extra step and turn the recruiting videos for a terrorist organization into a spoof on housing day promos. All day yesterday, we were lowkey expecting some freshman to not realize the paper was a fake and drop a tip to the government that Harvard is in league with ISIS.

Dean Khurana, Denial is the First Step: Best quote: “Sometimes I’ll give the Fox a quick glance,” a noticeably blushing Khurana confessed. Khurana was otherwise unable to comment for this article, replying to most questions with: “Clubs? What clubs?”

Self-Important Op-Eds: “Maybe It’s Time to Stop Checking Our Phones and Start Checking Our Privilege?” Yeah, this one actually doesn’t feel too far from the truth—can’t you just imagine some drunk section kid slurring this to you at a party between rounds of slap-cup? Never mix socializing with your class readings, kids. Also deserving a mention is the “Black Lives Matter by the Poster Boy for White Guys,” in which a probably yacht-loving, sperry-wearing, Vineyard-Vines-loving bro opines on the Black Lives Matter Movement, probably fresh off of the golf course at his country club. He’s just glad he could contribute to the conversation.

An Abundance of (re)Virgins: Hands down the best article. This one goes out to all the Yik-Yak stalking, friends-with-benefits searching thirsty folks fiending for a quickie in the stacks who have been thus far unsuccessful. Props to the survey respondents for finally checking their emails.

Bottom line: if you want to be part of an organization that only sporadically (read: once a year) posts funny content, then comp the Lampoon. But if you want to be a part of the Harvard College’s OG publication—and join your favorite student life bloggers here at Flyby—show up at 14 Plympton St. this Monday and Wednesday at 7 p.m. See you there!