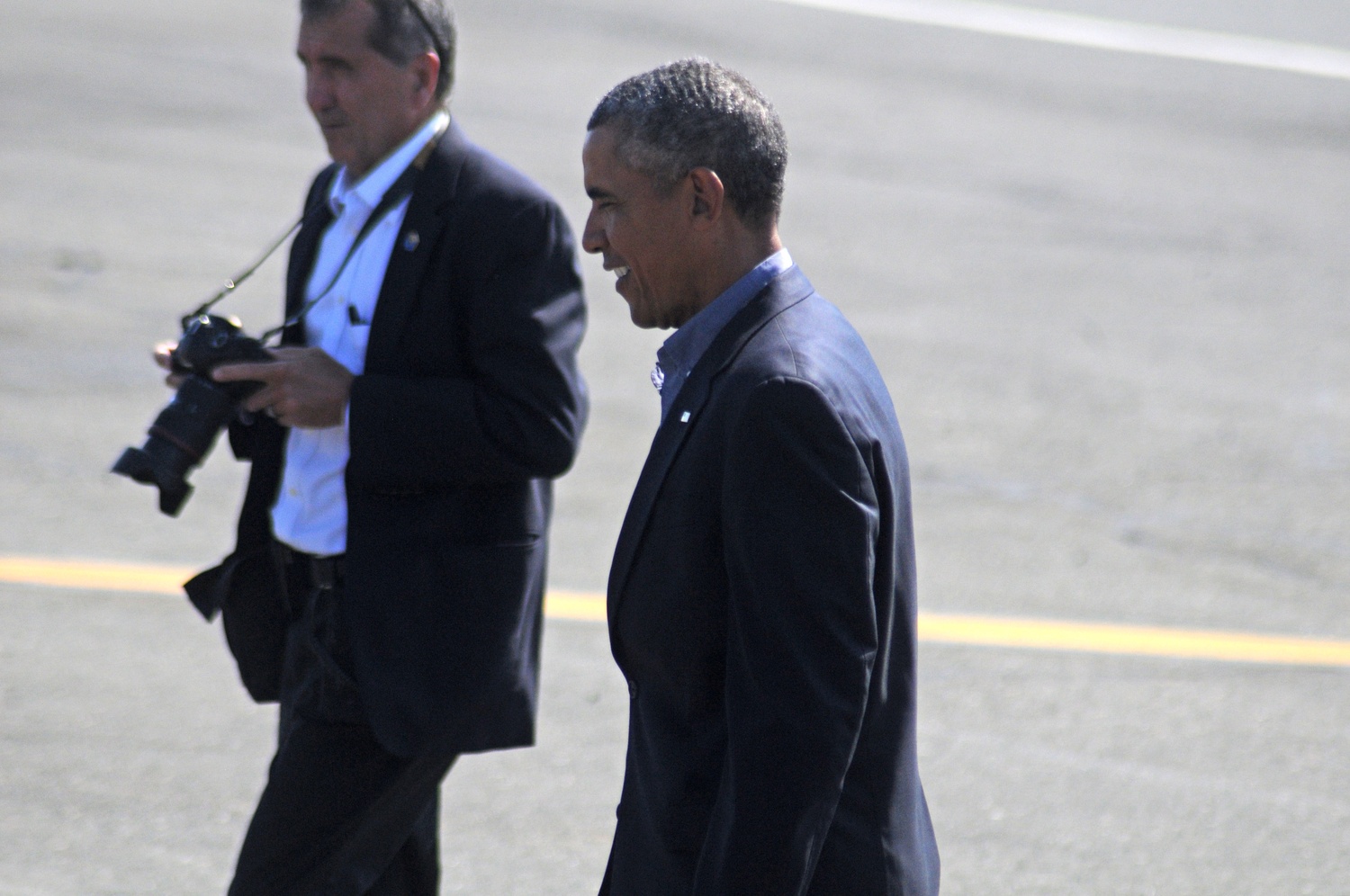 Obama in Boston last fall. By Mariel A. Klein

It seems like Malia Obama just can’t get enough of Harvard.

2017? Yup, she’s taking a gap year. I guess that means one year less of our friendship.

Rumors about Malia’s much-anticipated college decision started swirling yesterday after an image of her wearing a Harvard t-shirt spread like wildfire on social media, about which the media outlet the Tab reported.

Malia will make up part of Harvard College’s Class of 2021, a class year that makes me feel really old, even though I’m only a sophomore.

She will continue the Obama family tradition of claiming Harvard as their stomping grounds. Both of Malia’s parents (Mr. President and the First Lady, in case you were not already aware) attended Harvard Law School.

The elephant in the room though: given this tradition of Obamas at Harvard, will Sasha, Malia’s 14-year old sister, feel pressure to go to the same school? Only time will tell.

Malia, if you’re reading this, comp The Crimson. I promise we’re fun and normal. Follow me on Twitter too: @ignacio_sabate.