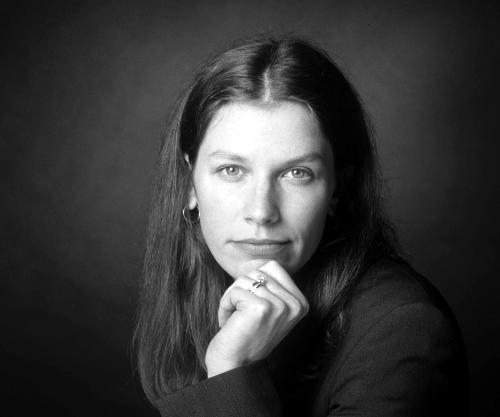 Ask Her About It

People like to complain about their problems. Luckily for them, Carolyn Hax ‘88 likes to solve problems. And she’s pretty
By Alice O. Wong

People like to complain about their problems. Luckily for them, Carolyn Hax ‘88 likes to solve problems. And she’s pretty good at it. In the years since Hax left Harvard she has become the new Anne Landers to a society colored by “Sex and the City.” Americans under 30 are increasingly turning to the Harvard alum and heralded advice columnist for all of their love, family and other needs.

Time Magazine recently named Hax the best advice columnist in the country for her successful Washington Post column, “Tell Me About It.” Since she started in the advice business four years ago, Hax has developed a vast following of confused gen-Xers across the nation who read her syndicated column or catch her online chat sessions. Hax’s wisdom has become so popular she recently published a book, Tell Me About It: Lying, Sulking, Getting Fat and 56 Other Things Not To Do While Looking for Love.

Hax fell into column writing almost accidentally. She graduated with a degree in History and Literature but had no clue what to do with it. A brief stint as a paralegal turned her off of a career in law, but her knack for grammar landed her a job in journalism. Soon she was editing for The Army Times, the media outlet for the armed forces. That led to a gig news editing at The Washington Post. There, while casually talking to superior about an advice columnist who neither of them liked, Hax blurted out, “What you really need is a snotty 30-year-old writing the column.” They both turned to each other and inspiration struck. “It was just one of those moments,” she says.

Hax, despite her popularity, remains humble about her talents. “I do not really have any qualifications at all,” she insists. “I don’t presume to know everything. I am just a person slugging it out like everyone else. I am no different than anyone and that has been the whole attitude of the column from the beginning.”

To Hax, writing an advice column is not about micromanaging others’ problems. She sees her role as more of an observer who can use her distance to provide perspective. “There are really only two services that I can provide. One is to access the situation from a distance and the other is to suggest to people what they actually can do. I have to remind people that you can’t just rush in and save a friend. You can’t change things you don’t control.”

This adviser role comes naturally to Hax. As she explains, “I grew up in a pretty big family and [with them] and with my groups of friends, I have always been a side character. I gravitate to the edge and watch and comment.”

Harvard too helped Hax hone her natural skills of observing people. She credits the University with giving her valuable people experience. “It was great living among all kinds of people,” she explains, “I spent lots of time with them, even at times when I should have been at class. And that is the beauty of life at Harvard, there are people from all walks of life who are very gifted at expressing themselves. Not everybody is as good at articulating. Ideas are brought up at dinner and batted around and the conversation stays with you.” Hax even credits her Hist and Lit degree with helping her become a skilled columnist, “I became entirely comfortable with words after my years at Harvard. It was four years of complete word immersion.”

As an advice columnist, Hax has a laid-back approach to her work. She speaks glibly about her job, “I don’t really have any system. I just got through my inbox and keep reading till somebody particularly angry, bright, funny or with an interesting outlook on life provokes me. I look for somebody who is asking the question in a different manner because so many of the questions I get all sound the same.”

Hax tries to limit her responses to those under 30 because she feels that she is best able to help the younger set. “The column started when I was 30, so it made sense that I would be talking about things I experienced. I feel completely out of my depth giving a 50-year-old woman who wants to start dating again advice. What could I possible tell her?”

As a veteran columnist, Hax is well versed in the variety of problems her readers experience. She easily explains the intricacies of serving up advice, “The most difficult questions are those that you can’t really answer. There are huge areas of inquiry around what this person trying to say by doing this or this or what does he mean. Those are hard because nobody can really know. I also think it is difficult to advise a person when to tell or when not to tell a difficult truth. I dodge a lot of those questions,” she adds with a laugh. Hax also takes a great deal of pleasure in answering certain letters. “I really enjoy when someone who is obviously acting selfishly writes asking for backup and then I get to say, ‘well, no.’”

Although famous for her blunt and sometimes stinging advice, Hax defends herself. “I can be harsh,” she admits, “But at the same time I have a range of styles. When someone is in obvious pain, I can be sympathetic and compassionate. I am just having fun laughing at myself and at the reader. And you have to realize that I am not trying to be cruel.”

Whatever Hax’s style, her readers appreciate Hax’s guidance and continue to clamor for more. Hax readily provides. “I plan to write the column as long as I can read all the new mail and still care,” she promises. “Or until I am way to old to write an under-30 column with a straight face.”