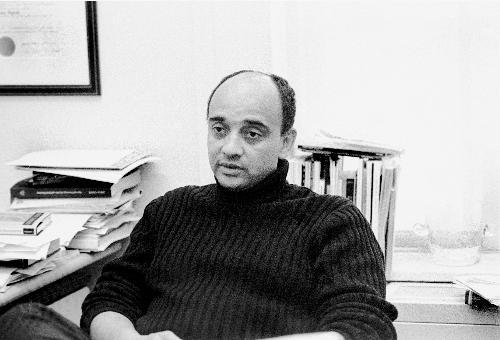 Carswell Professor of Afro-American Studies and of Philosophy K. ANTHONY APPIAH has an accepted an offer from Princeton University, where he will begin next fall as a professor of philosophy.
By Kate L. Rakoczy, Crimson Staff Writer

Noted philosopher K. Anthony Appiah turned in his resignation to University officials Friday and will leave Harvard for Princeton next fall, raising concerns that two other stars of Harvard’s Afro-American studies department will follow his lead.

Some faculty members said they fear that the departure of Appiah, who is Carswell professor of Afro-American studies and of philosophy, may increase the likelihood that DuBois Professor of the Humanities Henry Louis “Skip” Gates Jr. and Fletcher University Professor Cornel R. West ’74 will also leave for Princeton.

That possibility was widely discussed earlier this month after a rift between West and University President Lawrence H. Summers was reported in the national media.

Colleagues said they are particularly concerned that Appiah’s departure will tilt the scales in Gates’s decision—the two have been close friends and colleagues since they met as students at Cambridge University in 1973.

But Gates said in an interview with The Crimson yesterday that he will not make any decision about leaving Harvard until next fall.

“As of now I have no plans to relocate,” Gates said. “It would be very difficult to leave Harvard—I love it here.”

Some said they think that although Appiah’s decision may have more of an impact on Gates, West is a better bet to leave.

“Unfortunately, it is very likely that Cornel will leave for Princeton,” wrote Geyser University Professor William Julius Wilson in an e-mail.

Wilson, who has also been rumored to have been considering a move, was also recruited by Gates to teach at Harvard and worked alongside West on Bill Bradley’s 2000 presidential campaign.

Any decision from West will not likely be made until late spring, after West has fully recovered from surgery he underwent last week, said Climenko Professor of Law Charles J. Ogletree.

“Professor West is resting comfortably and is focusing on his health right now and hasn’t made any decision—and to me that’s good news,” Ogletree said.

In an interview with The Crimson yesterday, Appiah said his departure had nothing to do with the highly publicized dispute between Summers and West.

“I’ve had nothing but kindness since I’ve come here—including the past six months,” Appiah said.

“My own meetings with Larry Summers have been extremely productive and he is interested in all sorts of things I think the University should do,” he said.

Appiah said the primary factor behind his decision to go to Princeton was his daily commute between Cambridge and New York City, where he lives with his partner.

“I realized that I was very worn down by the past seven years,” Appiah said, noting that he has racked up every possible type of frequent flyer bonus.

Given his dissatisfaction with the commuting life, Appiah said Princeton’s offer proved too difficult to pass up.

Princeton has appointed Appiah as Laurance S. Rockefeller University Professor of Philosophy. He will also continue his work in philosophy and ethics at the University Center for Human Values.

“It was not so much that I couldn’t do those things [at Harvard], but I could do them [at Princeton],” Appiah said.

At Princeton, he will join his close friend and academic collaborator Princeton Provost Amy Gutmann ’71, who founded the Center for Human Values. In 1996, Appiah and Gutmann co-authored Color Conscious: The Political Morality of Race.

In a statement released Saturday, Princeton University President Shirley M. Tilghman said she was “delighted” to bring Appiah to Princeton.

“Anthony Appiah brings even greater distinction to our philosophy department, to our Center for Human Values, and to our distinguished and growing work in African-American studies,” Tilghman said.

Prior to Appiah’s Friday announcement, students launched a last-ditch effort to keep him at Harvard.

Ryan L. White ’04, who took a philosophy course with Appiah this fall, e-mailed various lists asking students to e-mail Appiah to urge him to remain at Harvard.

White said Appiah’s departure is “unfortunate” for students interested in studying the intersection between philosophy and race relations.

“He’s so brilliant, but there are a few other people here involved in the same field,” White said.

The renowned philosopher has been a member of the Harvard Faculty of Arts and Sciences (FAS) since 1991, shortly after his friend and colleague Gates took the helm of the Afro-American studies department. He is also chair of the African studies committee.

Appiah is perhaps most well-known for his critically acclaimed book In My Father’s House.

University officials said they are saddened by Appiah’s departure.

“Professor Appiah is a wonderful scholar and a good personal friend, and I am very sorry to lose such a splendid colleague. Both personally and as Dean, I shall miss him greatly,” FAS Dean Jeremy R. Knowles wrote in an e-mail.

“Professor Appiah has made important contributions at Harvard through his work in African American Studies and in Philosophy,” Summers wrote in a statement. “We wish him every success in the future.”

Appiah will remain at Harvard for the spring semester.

According to his colleagues in the Afro-American studies department, Appiah’s departure will be a huge loss.

“Anthony Appiah is irreplaceable,” Gates said. “He is the most brilliant philosopher of Afro-American studies at work today.”

But Appiah said yesterday that the Afro-American studies department would remain strong—even if Gates and West follow his exit.

“Suppose all the people in question left,” he said. “This would still be the best collection of African-Americanists in the world.”

The arrival of Michael C. Dawson—said to be the world’s foremost black political scientist—this summer should also bolster the ranks of the department, as will two new senior appointments and two junior appointments scheduled to begin at the beginning of the next academic year.

—Juliet J. Chung contributed to the reporting of this article.

—Staff writer Kate L. Rakoczy can be reached at rakoczy@fas.harvard.edu.