A License Plate for Life 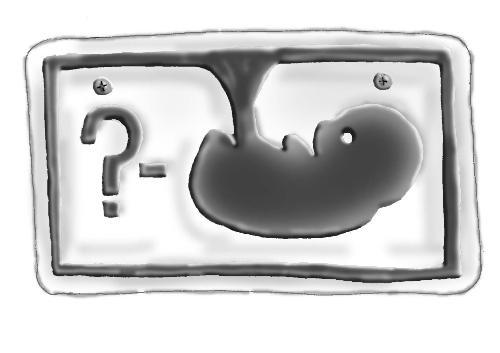 In 1988, Florida started the specialty license plate craze by introducing the “Challenger” memorial license plate. Since then, specialty plates from Florida’s “Save the Manatees” in 1991 to Massachusetts’s “Invest in Children” in 1998 surcharges from the sale of plates have helped state legislatures finance important projects. But worthy causes don’t always get their specialty plates approved so easily.

When Randy Harris, Jim Steel, Russ and Jill Amerling began working for the Florida “Choose Life” license plate in 1996, they had no idea it would take four years to get approval. In a state that has 50 diverse specialty plates available, the sale of “Choose Life” plates was going to fund maternity homes, crisis pregnancy centers and other agencies that work to prevent abortion by facilitating adoption and other solutions not involving abortion.

Though the requisite signatures were delivered to the Department of Motor Vehicles by March 1997, the “Choose Life” plate was not available until August 2000, when the Florida Supreme Court threw out an obstructionist lawsuit by the National Organization of Women. Today there are 37,000 Florida “Choose Life” plates and $1,480,000 has been raised to promote adoption and other pro-birth solutions. Alabama, Hawaii, Louisiana, Mississippi and Oklahoma have also recently put such plates on the road as well.

In November 2001, PP won an injunction preventing plate production. Then, this past Dec. 26, the U.S. District Court for South Carolina ruled that the “Choose Life” license plate legislation violated the First Amendment protection of freedom of speech because it facilitated speech for only one side of the debate. This ruling was contrary to an October decision in which the U.S. Supreme Court allowed a “Choose Life” license plate from Louisiana, despite similar charges.

While appeal to the Supreme Court promises success, the response from South Carolina legislators is interesting. Last week, State Representative John Altman (R-Charleston Co.) introduced legislation for a corresponding “Choose Death” license plate—for those who believe a “Choose Life” plate doesn’t speak for them. PP is not amused.

“State governments serve all citizens, regardless of their political beliefs,” said PP President Gloria Feldt when the “Choose Life” plate was overturned. “If a public forum is open to one political group, it must be open to all.” In that, she is right. The South Carolina legislature is a forum that is open to all beliefs. If that forum decides to produce “Choose Life” plates, then so be it. PP and the courts should stay out of the way.