Attorney Who Advocated for the Homeless Dies at 31 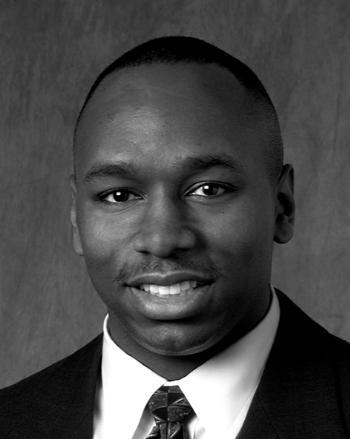 Trent A. Hankins ’93, an attorney who volunteered countless hours to help Boston’s homeless residents find permanent housing, died Dec. 13 of an allergic reaction. He was 31.

Hankins, who was allergic to peanuts and peanut products, died after touching food containing peanut oil at a dinner party, according to friend and fellow attorney Wendell C. Taylor.

“He realized this and went to his car to get his epinephrine pen,” Taylor said, “but he died before he was able to stick himself with it.”

Hankins, an associate at the Boston law firm Ropes & Gray, was active among black Harvard alumni and worked to mentor and recruit black lawyers both within his firm and in the greater Boston area.

“Words cannot capture the extraordinary impact Trent had on his colleagues and friends at Ropes & Gray,” Douglass N. Ellis Jr., the firm’s managing partner, wrote in a statement. “He was kind, gracious and an outstanding lawyer.”

Hankins’ father, Andrew J. Hankins Jr., a Detroit physician, said his son was deeply devoted to the practice of law.

“When the time came, we tried to get him interested in medicine, but he wouldn’t have any of it!” he wrote in a statement. “By the time he went to college, we knew Trent had only one professional desire, and that was to become a lawyer.”

At Ropes & Gray, Hankins helped organizations—including Harvard and the Dana-Farber Cancer Institute—design employee benefit plans. He was involved in the firm’s efforts to recruit minority lawyers and also served as a member of the Boston Lawyer’s Group, an organization that promotes the hiring and retention of attorneys of color in the Boston area.

Hankins was also a member of the Harvard Black Alumni Society’s steering committee and at the time of his death was planning to help the society provide benefits to its employees, said society officer Christia E. Donaldson, a student at Harvard Law School.

Friends and relatives said Hankins was also deeply concerned with the plight of the homeless.

In 1998, he became involved with HomeStart Inc., an organization that helps Boston’s homeless residents obtain and retain permanent, affordable housing. Less than one year later, Hankins became a member of HomeStart’s Board of Directors.

“Whenever I asked him to do anything, he did it, even though he worked many, many, many hours as a junior attorney for Ropes & Gray,” Wood-Boyle said.

“You would ask for his help on a project and he’d always say ‘yes,’” Rosenberg said at Hankins’ funeral service. “After you gave it to him he’d say, ‘Okay, good deal.’ And it wasn’t always such a good deal, taking on something when he was already so busy.”

Hankins was in the habit of waking up before dawn to exercise before beginning his workday.

“[Hankins] woke up around 4 o’clock every morning...worked out for 90 minutes, showered, changed, grabbed the paper, some potato chips and an orange soda, and still arrived at his desk before anyone else,” Rosenberg said.

Despite his busy schedule, Hankins was never too busy to have a good time, and many friends and colleagues recalled his infectious laugh.

“He had a very distinctive laugh, and he was always the life of the party,” Taylor said. “The community will be a lot less fun now that he’s not a part of it.”

Before coming to Harvard in 1989, Hankins, a native of Detroit, attended Grosse Point Academy and the University of Detroit Jesuit High School and Academy, where he was co-valedictorian.

In addition to his father, Hankins is survived by his wife, Melissa DeBose-Hankins ’93; a sister, Andrea M. Hankins; a brother, Corbin K. Hankins; and his maternal grandfather, Howard Roberts. His mother is the late Margaret A. Hankins.

Hankins’ funeral was held last month in Detroit and a memorial service is planned for Friday, Jan. 31, at 2:30 p.m. in Memorial Church.

—Staff writer Jaquelyn M. Scharnick can be reached at scharnic@fas.harvard.edu.