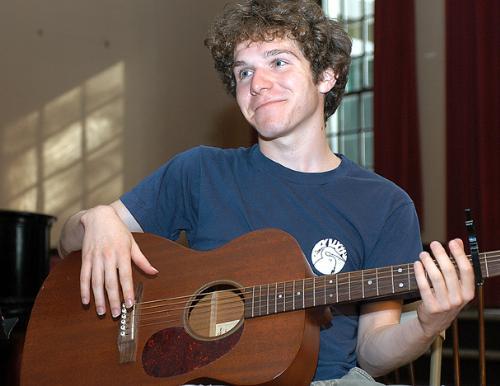 Music Panel
By The CRIMSON Staff

In April 2002, as the buds of spring were just barely showing, thousands of Harvard students put down their coursepacks, emerged from their Houses and flooded across the River. Outkast had come to Harvard, their hip-hop stylings giving undergraduates a better reason to get caffeinated (or inebriated) than thousands of pages of tutorial reading ever did. That night, Harvard almost seemed like a normal college campus—with rowdy students and the floor-shaking bass of live pop music. In an exciting break from the mundane, some of the University’s most beloved professors even moshed with the best of them. All this really did happen. Except Outkast never actually came to Harvard. And nobody put down their coursepacks. And no undergraduates went across the River. Indeed, Harvard has not had a proper concert, with a well-known band and a loud, exciting atmosphere, in over two years—not since Dispatch played at Sanders Theatre.

But the College’s concert-worth-going-to draught seems to be over, for the time being. The Undergraduate Council’s Concert Commission just announced that Guster, a mellow alternative rock band with local roots (the band formed at Tufts), is coming to play in the Gordon Track and Tennis Center on Nov. 2. It is about time.

Even though Guster is not currently topping the charts, they surpass the most recent offering of The Verve Pipe who played Springfest in 2002. Guster’s muted tones and wistful lyrics lack a real energetic punch, but they will be more than enough to rouse Harvard’s live-music-deprived student body. And the band has something that The Verve Pipe didn’t have: it’s actually popular right now. The concert will also be the first to be held across the Charles—taking advantage of the University’s large venues in Allston—which means that more concert-goers (up to 2,500) will be able to pack in to see the band. Ticket prices aren’t even that bad. At a mere $18 per undergraduate and $22 for other Harvard affiliates, even the University’s cheapest students will be able to afford a date. When tickets go on sale at noon today, we hope most Harvard undergraduates will avail themselves of this unfortunately rare opportunity—getting online, on the phone or to the Harvard Box Office to buy their tickets.

But the council shouldn’t stop with Guster. If this event is a success, the Concert Commission should get bigger bands and take advantage of even larger venues across the River. The hockey rink and Soldier’s Field—the oldest reinforced concrete stadium in the world—would be great places to hold an ear-splitting rock concert.

For the time being, however, the council’s beleaguered concert planners will finally have something to do other than complain about meager funds and administrative indifference, and undergraduates will have the chance to put down their coursepacks, leave their Houses and flood across the River to rock with Guster.