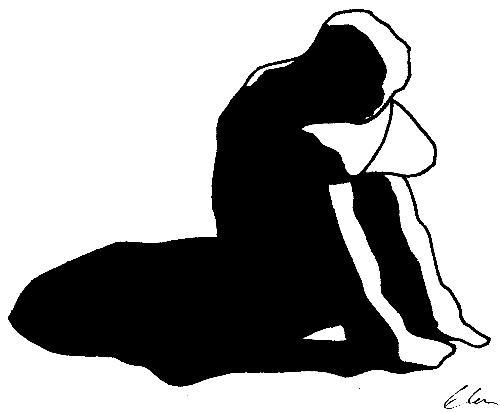 Mental health problems are increasingly common among university student communities. The impact of mental illness is serious: it includes personal suffering, and often difficulties in social and mentoring relationships, problems with learning and academic performance, interference with extracurricular activities and, in the most severe cases, risk of suicide. Indeed, one of the clearest conclusions from recent research is that mental disorders are highly disabling. For example, in the United States and other developed nations, major depression is the leading cause of disability.

Self-report data for Harvard College from the 2002 National College Health Assessment are consistent with statistics from other universities. In Harvard’s case, the data showed that 7.4 percent of males and 10.8 percent of females had received a diagnosis of depression at some point in their lives; 40.1 percent felt too depressed to function between one and 10 times in the last year and 7.3 percent felt this way on more than 10 occasions. These are troubling statistics, and they do not include other common problems such as anxiety disorders and eating issues.

The 2002 Assessment data is only a snapshot. Information from a variety of sources, including student surveys and data collected from mental health service providers, also indicates that the number of college students experiencing mental health problems has increased substantially over the last decade to the point that Harvard, like other universities, must struggle to keep up with the needs of students.

Even if services were fully adequate, however, many students in need of care fail to seek help and suffer in silence, often with severely negative consequences. Why is this? Sometimes it is the malign effects of the illness itself. A person who is depressed may feel too hopeless to seek treatment or might feel so worthless as not to merit help. But more often the failure to get help reflects the continuing stigmatization of mental illness—even in a sophisticated community like ours. A person suffering with depression might feel inappropriate shame at not being able to control symptoms through his or her own efforts, a notion that would not even be entertained if the problem were diabetes or arthritis.

In our society it is still the case that mental disorders may be misunderstood, seen as frightening, belittled or treated as a moral taint rather than an illness. Such stigmatizing attitudes are entirely wrong. Modern science makes it quite clear that depression, anxiety disorders, eating disorders, ADHD, bipolar disorder, schizophrenia and other mental disorders are diseases of the brain. Just like diabetes or heart disease, mental disorders have their roots in the interaction of genetic and non-genetic risk factors. Just like these other medical disorders, the symptoms reflect abnormal physiology—in the case of mental disorders, abnormal physiology of the brain. Just like diabetes or heart disease, which we would treat with both medical and behavioral interventions (drugs, diet and exercise), we treat depression, anxiety disorders and the like with medications and cognitive or behavioral interventions—generally time-limited, symptom-focused therapies that have been shown to be effective in clinical trials. Sadly, we know far less about preventing depression than we know about preventing many other medical conditions like heart disease or lung cancer.

Why are depression, anxiety disorders and other mental disorders apparently increasing on campus? No one knows with certainty, but there are several hypotheses that are not mutually exclusive. Mental disorders (including very serious illnesses such as bipolar disorder) are being increasingly recognized in children and teens. Whether, as is likely, this represents new recognition of an old phenomenon or whether ages of onset are dropping (as they are for some other medical illnesses such as diabetes mellitus type II) is still a matter of contention. In addition, in the not very distant past, many young people with mental disorders might not have made it to Harvard or indeed any college because of academic and interpersonal difficulties. With the emergence of good treatments for depression, anxiety disorders, ADHD and other disorders, young people with these challenges are better able to live up to their potential, but may also continue to need services, especially at times of life transition like college. Finally, it may be that, in ways that we do not understand, the stresses of life are different now than in the past and those who are genetically vulnerable may be more likely to develop a mental disorder.

What are we to do as a University? Over the last five years, several committees have been appointed to study the problem and recommend improvements to our care system. And, indeed, mental health care on campus has improved. But there remains much work to do. We must increase education about mental disorders, decrease stigma and provide an environment both in which problems will be detected early—when they are most readily corrected—and in which treatment is available and delivered, using the highest evidence-based standards.

To achieve these goals, Dean of the College Benedict Gross and I have created a task force on mental health that will include clinicians, students and faculty members expert in health issues. This task force is charged with implementing the recommendations of the Provost’s Committee on Student Mental Health Services and the University Health Service (UHS) Patient Care Assessment Committee. Specifically, the task force will seek to: improve outreach to encourage students to seek help without fear of being stigmatized; integrate and enhance clinical treatment services under UHS; re-focus counseling and academic support services at the Bureau of Study Counsel; and expand education of residential life staff. We have asked the committee to complete its work by March of this year.

While these problems are difficult, I am confident that they are not intractable. Together, we can increase knowledge and understanding of mental health problems and improve mental health services for our student community.

Steven E. Hyman is provost of Harvard University. He was director of the U.S. National Institute of Mental Health from 1996 to 2001.