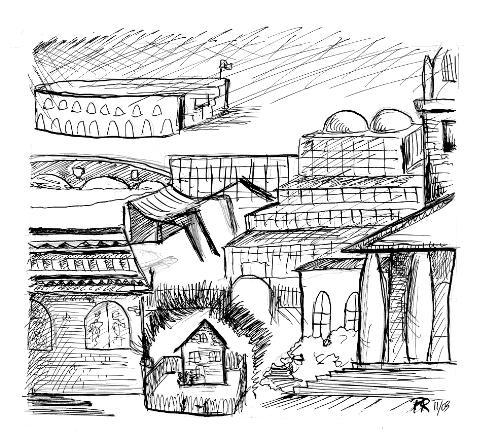 By Alex B. Turnbull

Walking by Cob Carlson’s house-cum-billboard you notice two things. One, Carlson has no time or space for further Harvard development. Two, the riled Cantabrigian is probably sitting on a property that has appreciated faster than Pets.com in 1998. For a man who has lived a stone’s throw from Leverett House for some time, he is surprisingly uncomfortable with Harvard and its community. Indeed, this Cob Carlson even had his own plan to severely restrict the extent and density of Harvard development—the aptly-named Carlson petition. But what his signs don’t say is that it is plans like his that keep property prices so high.

Admittedly, activists like Carlson probably aren’t just fighting Harvard development because restrictions raise property values; they are frequently motivated by a sense of dislocation following the rapid changes that have occurred in Cambridge over the last 30 years. But choosing Harvard as a scapegoat is hardly reasonable. Harvard hasn’t really changed that much since Carlson moved in. It is, and always will be, an unusual entity that draws a large number of young people to the area.

What Carlson and his boosters do not realize is that the greatest social change in Cambridge over the last 20 years is a result of their own work. The city of Cambridge currently has the largest number of houses valued in excess of a million dollars of any city in the U.S. It is the kind of controls on density and development—local Not In My Backyard (NIMBY) politics—pushed by Carlson and his ilk that may be the main offender in pushing housing prices to extraordinary levels. Despite Carlson’s cries against the University as a greedy, corporate land-gobbler, there is actually one group that stands to lose more as a result of the NIMBY stance than Harvard. Young families looking for housing in the Boston area are in an extraordinary squeeze as more and more city governments choose to restrict the level and extent of development across the Northeast.

So activists like Carlson have a tough choice. They can either restrict development and make it impossible for anyone except financial-district Yuppies to buy a house or they can allow development and ensure that Cambridge grows larger and more dense but stays affordable and diverse. By choosing the latter, Cambridge residents are likely to do well by subdividing their land and redeveloping it, which will probably turn out to be as profitable or more so than strangling the local property market.

As well-meaning as some of these activists claim to be, their plans and petitions are unlikely to bring back the wild and wooly past of Cambridge. But they will ensure that their proponents enjoy returns on their homes that would make many Wall Street investors weep. Taking the moral high ground in restricting all development is a farce—and, I think, little more than a blatant grab for returns on assets at the expense of those with the least ability to pay. It’s not about making Cambridge better; it’s about making homeowners richer.

—Alex B. Turnbull is an editorial comper.