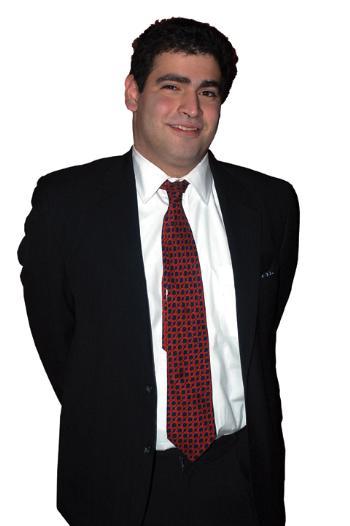 It’s just you and the chip leader, a big guy with dark curly hair and a five o’clock shadow. You’re
By Brian Feinstein

It’s just you and the chip leader, a big guy with dark curly hair and a five o’clock shadow. You’re looking for tells, watching his shifty eyes, trying to read into his carefree, almost goofy smile. He pauses for a moment, silently slides his chips toward you, and lays down pocket Aces. After just three hours, he is sitting alone at the table, stacking $1,600 worth of Foxwoods chips. It’s 7 a.m. on a Tuesday, but he’ll be back to Cambridge for his 10 a.m. lecture. Just a typical morning—after a typical night—for Rudi G. Patitucci.

This is just one in a now lengthy anthology of “Rudi stories,” which have been told and retold since the very first days of this senior’s freshman year. First, there was Patitucci’s Undergraduate Council campaign, during which he postered half the Yard with a photograph of himself in a Speedo. Later that spring, Patitucci became an icon on the intramural circuit after breaking his arm in the climax of a softball game and then passionately pumping his fist in a symbolic act of determination. And Patitucci quickly became well-known in the freshman party scene, as the crazy kid who carried a traveling bar in his backpack.

“In Annenberg, he was one of the people that everyone pretty much knew about. You had the ‘There’s Rudi’ conversation all the time,” says friend William I. Bressman ’04.

By the end of sophomore year, anecdotes about Patitucci’s antics verged on the absurd. How he took a week off of school for Mardi Gras, found himself at the Big Daddy strip club and fell in love with an exotic dancer named Raven. How he went to Disney World, drank a handle of rum and, at 7 a.m., vomited off the balcony of his hotel room while children looked on in wide-eyed wonder. How he got back his fake ID at the Quincy formal after his date, a waitress he picked up at Bartley’s, flashed the bouncer her nipple rings.

Over the years, Patitucci has become the archetypical party animal at an all-too-serious Harvard. But nearly everyone who has come into contact with Patitucci says that it his genuine friendliness, more than his drunken antics, that makes him so memorable. “There are a lot of cool people here and I might as well get to know as many of them as I can,” he says. “That’s what I think college is about.”

Patitucci is more interested in poker and having a good time than grades and traditional success. He came as an academic all-star, first in a class of 800 at a competitive Chicago high school. But at Harvard Patitucci became, according to Bressman, “the most undedicated genius in the world.”

Not surprisingly, for a man so caught up in the moment, the future remains uncertain. After graduation, Patitucci plans on living in California and taking his poker game to the next level. Playing 20 to 30 hours a week of online poker, and having competed in over 25 tournaments in two years, he views this dream seriously. “I know that on any given day, I could compete with very good players in a tournament setting. It’s just a question of whether or not on that day I’ll get lucky and win,” he says. And if the poker circuit doesn’t pan out, Patitucci plans on studying law. “But I don’t want to do that yet,” he says. “I feel too young for that.”

Most of Patitucci’s friends laugh when asked where they see him in 15 years. It’s hard for them to imagine Patitucci outside the life of a college student. As Patitucci’s friend Ryan W. Pakter ’04 puts it, “If you told me Patitucci was going to be a college professor, or playing in the World Series of Poker, I’d be like, ‘Yeah, that all sounds right.’”