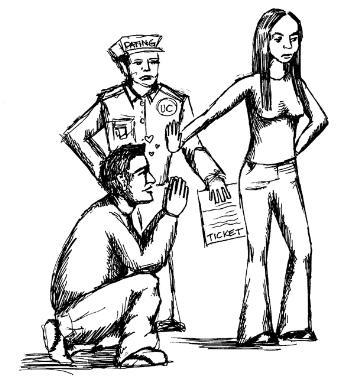 If you want advice on any subject under the sun, then Harvard is the right place to be. Except for romance, that is. Indeed, the undergraduate dating scene has just reached an all time low, and the student body’s desperation an all time high. In an attempt to increase dating among our commitment-shy student body, the Undergraduate Council has recently created an actual task force determined to spice up our love lives.

Even as a newly acquainted first-year, council representative and founder of the dating subcommittee Sungmi A. Choi ’06 had already keyed in on the dismal state of the Harvard dating scene. “All we have are serious long-term relationships and random debauchery….there is a real lack of actual dating,” our intrepid new university matchmaker commented. “Most people recognize that the Harvard dating scene is pretty poor,” explained Council Campus Life Subcommittee Chair Michael R. Blickstead ’05. “As the representatives for the student body, we want to try and tackle the issue.” Blickstead estimated that the council would be willing to spend upwards of $1,000-2,000 in order to combat the undergraduate dating crisis.

One of the council’s ideas to ease the burden of approaching that special someone is offering discounted movie tickets; the council will spend student money to subsidize the cost of going out to a movie for two. “We want dating to be acceptable, it shouldn’t be a weird thing to ask someone out,” explained Choi. Just think about the alluring pick up lines that will come out of this program: “Hey…so…um…now that movie tickets are really cheap…uh…wanna go out?” As much as it would be great to see droves of Harvard dating-novices finally working up the nerve to make a move, it seems unlikely that the idea of saving a few extra bucks will instantly turn a timid Joe Harvard into Mr. Debonair.

Another brilliant idea of the council is to have a speaker series on dating etiquette. Classes would teach proper dining conduct and other essential dating protocol. “These classes would help make the dating process easier for people,” explained Blickstead. Although it’s always nice to know where the salad fork goes, if students actually find their less-than-savvy table manners to be a hindrance in their love lives, then we are all a lot worse off than I thought.

The council surely has the best intentions in mind, but their approach overlooks the root cause of our dating difficulties. Harvard students need more guts—not more mixers; we cannot rely on the council to hold our hand and walk us through the process. There are already plenty of opportunities and plenty of excuses to go out—if only Harvard’s notoriously confident students could just get up a little courage to make a move. But if we don’t, there’s no one to blame, or fix the problem, but ourselves.