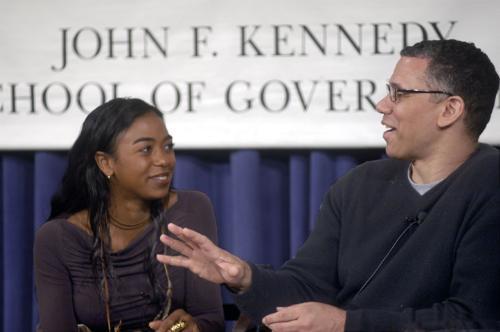 More than 500 people crowded into the ARCO Forum Friday for a panel discussion on the appropriation of black music by popular culture. The event, which kicked off the weekend-long sixth annual Black Arts Festival (BAF), focused on a discussion of who “owns” jazz, rock and roll and hip-hop.

“What does ownership of a music form mean?” asked Jones Professor of African-American Music Ingrid T. Monson to start the discussion. “What does the success of non-black people mean to black people?”

The panelists said that music originating in the black community should not remain limited to that community.

However, some expressed concern about the lack of black ownership in the music industry. They also bemoaned what they said were common themes in hip-hop music including materialism and the commodification of women.

“Black folk don’t own anything in the U.S., much less the music,” said Robinson. “The economic benefit that comes from the music doesn’t go to us.”

He said the situation is changing, however, with entrepreneurship increasing in the black music industry and the appearance of record labels owned by black people.

“It is black music,” said Little X, referring to jazz, rock and roll and hip-hop.

“The source comes from black people and the real source is Africa. Nobody can deny that.”

Regardless of its origins, music “is made to be given,” said Little X. “This is our gift...there is no problem of an Eminem rapping, because he loves hip-hop.”

The panelists often mentioned Eminem and Elvis Presley as examples of white artists who they said adopted black music forms and appealed to a large and wealthy white audience more than their black counterparts.

Many audience members described the panel as inspiring. However, several complained about the response to a question about how to change the degrading image of black women in hip-hop.

The responsibility for the negative images of black women “was returned back on the individual…rather than the people who work in the media,” said Akiba E. Smith-Francis ’00, a student at the Kennedy School of Government.

But the panelists said that the public determines what images the music industry and TV stations use.

“It’s up to us, up to y’all, because you get the entertainment you want,” said Robinson. “If this has reached a level that it is really offensive to you, it’s incumbent upon you to protest.”

The discussion was the first event in the weekend’s series of BAF performances, art exhibits, workshops and movie screenings.

The Kuumba Singers of Harvard College started the festival in 1998 as a fund-raiser, according to the BAF website, but it has grown significantly since then, attracting guests such as the hip-hop group The Roots and spoken word performer Sonia Sanchez.

Two of the panelists advertised, rapper Guru and syndicated columnist Florence Anthony, were not able to attend the forum.

The discussion was co-sponsored by the Institute of Politics.