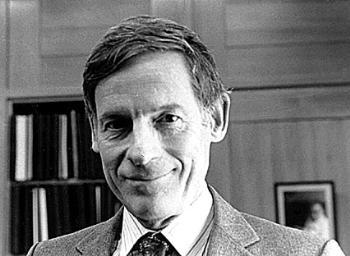 And Don’t Forget the Suntan Lotion

They can no longer influence graduating seniors in Science Center lecture halls or during weekly office hours, but FM offered
By Ishani Ganguli

They can no longer influence graduating seniors in Science Center lecture halls or during weekly office hours, but FM offered professors a final chance to make an impression on their soon-departing charges. Drawing from personal experiences, philosophical musings and some irreverent takes on Life After Harvard, some of our best-loved faculty members share their gems of wisdom, scholarly or otherwise.

Get married and have children. We professors need new recruits. Our jobs would be gone if there weren’t a fresh supply of smiling faces every September.

Read a newspaper everyday, and not only American newspapers. You don’t have to be at Out of Town News in Harvard Square to read a European or Asian newspaper!

Work hard but know when to quit. Say, ‘I quit,’ and really do it at least for awhile. You’ll be surprised at how much more productive you will be when you return to work. So, that is exactly what I am going to do. See you after my sabbatical.

I know you’re all burned out senior year, I know I certainly was. I went to Armenia the summer after graduating to study Armenian. It was a nightmarish psychological experience, I found it very refreshing. It was primal torment rather than the more refined psychological torture of college, from girls in particular.

Avoid investment banking and consulting at any cost, and don’t go to New York. And I have news for you, there are no jobs in international human rights law. But don’t be scared off from grad school by the paucity of jobs. If anyone gets the jobs it will be our people. Leave the worrying to the Yale undergrads.

One thing I often see with American students, and with young people, is that they have a lot of choices to make. In a way that’s very good, in another way that can cause you to freeze, to wonder if you’ve made the right choice. You can get stuck in a rut. If you’re not burned out, go straight to graduate school. Once you’ve tasted the real world, you won’t want to go back. Also, there’s always a premium for being done at a young age. At the same time, it’s important not to go to grad school by default. It’s something to be enjoyed. If you don’t enjoy it, then it’s terribly frustrating when you’re with other people who are enjoying it.

Try something different and don’t be in a rush to get to where you want to be. Take some time off, do something that’s different from going to school.

I haven’t left a college campus since 1974. If you have the money to travel around the world, go do that. Eastern Europe is an especially exciting place if you’re interested in the humanities, government, or sociology. If you haven’t been to Fenway Park, go to Fenway Park. You gotta do that. It’s worth going to see the great museums, the Freedom Trail...

It’s a nice idea to take a year off, spend time considering what you want to do. It’s a chance to explore and see what the real world is like. Some people like to do lots of traveling, I think it’s better to do something active in what you want to do. If you’re interested in research, work for a lab. Otherwise you come back just as confused.

BRIAN PALMER, Lecturer on the Modern West in the Study of Religion

Don’t be afraid of bullies, individual or institutional. If you resist those who try to dominate, you may find that allies come to your side unexpectedly to lend their support. Confronting the abuse and centralization of power may also help you discover your own strengths to recognize the reality and glory of your own existence. Take important risks but avoid trivial ones. You may choose to risk dying as a photojournalist covering wars, but cross the street carefully and get plenty of exercise while back at home.

Feel free to take a year off to pursue what crazy interests you may have. Life is short, and you don’t know when you’ll get to do these things later. Opportunities like flying off to Thailand or going to Fiji won’t avail themselves anymore. You can start to climb a corporate ladder pretty easily and you can’t get off of it.

I asked my six-year-old son what advice I should give to graduating seniors, and he said, “Tell them not to get lost.” People say, “I don’t know what to do, I’m going to stop and think.” That’s the worst thing to do. People should follow their interests, any interests they have at the time. That will lead you to the right place.

You should believe your mother, you are really incredibly smart. People forget that their mothers have a pretty good idea of their capabilities.

As someone who was never very good at taking advice, I feel somewhat unhappy about dispensing the kind of wisdom that I myself always made a point of disregarding. As a parent, I’ve always been amazed at how children thrive when they do exactly the opposite of what you think is in their best interests. Still, at the risk of encouraging conformity among those who think differently, I want to endorse the power of taking risks, going out on a limb, sticking your neck out, deviating from the straight and narrow, doing all those things that require, not recklessness, but passion, imagination, and commitment. Oh, and don’t forget the suntan lotion . . .

BRIAN R. LITTLE, Associate of the Department of Psychology

Find out what gives you goose bumps or chills and follow it through, allowing enough space to divert and reformulate when the vicissitudes of life get complex. If many things give you a thrill, of course, you will need to do some winnowing (here pragmatic concerns weigh far more heavily than they did when I graduated). I remember a professor at Berkeley poking his head in the TA room door saying “Anyone want a job at Yale?” Things are rather tighter now. My own research explores well-being across the life-span and we know that it is enhanced if you engaged in the sustainable pursuit of core projects. This means you need to know what is truly core and you must find ways of handling the internal rumblings of our natures and the external vicissitudes of a complex world. We also know that for many students the greatest chills come from doing things that bring delight to others. It helps if you have well formulated projects, but pay attention to your peripheral vision. Amazing things can come swiftly into view but pass you by unless you are prepared to stop, turn and follow. The critical issue, of course, is to know when to plod on and when to divert. Though it may make a well formulated life-plan go wobbly, I recommend a combination of circumspection and leaping. Leaping at graduation is particularly salutary.