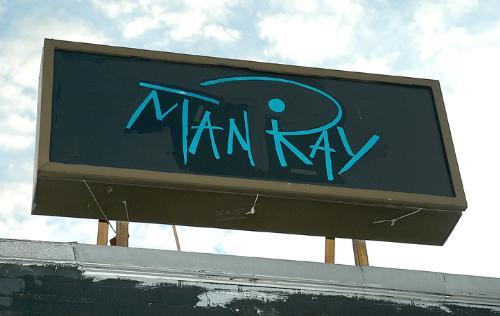 ManRay, the popular Central Square nightclub, is in danger of being forced to close by its corporate landlord.
By Ryan J. Kuo, Crimson Staff Writer

One of Cambridge’s most unique and best known nightclubs may soon be demolished to make way for new apartments—to the disappointment of many Harvard students who flock to the club’s gay nights and alternative scene.

ManRay, which is located on Brookline Street in Central Square, currently occupies space that First Cambridge Realty Corporation plans to use for fifty residential units. The corporation—which also owns the property—has the right to remove the club without approval from the city, according to Jai Khalsa, the architect who is designing the apartment complex.

“It’s a property that they own, and they’re hoping to utilize it for the highest and best use allowed under zoning,” he said. “It has nothing to do with ManRay.”

Construction of the four-story apartment building, Khalsa said, will only require the Cambridge Historical Commission to allow the demolition of a 50-year-old home that is also on the premises.

“There is no approval required to demolish ManRay, because it is not considered in any way significant or requiring review,” he said.

Khalsa said response from area residents to the building project has been “very positive,” with unanimous support from the community, though the Cambridge Chronicle reported that some neighbors opposed the plan.

“We had a very productive and interactive meeting,” Khalsa said.

In accordance with community recommendations, Khalsa said, the developers are currently looking into ways to change the location of the apartment building’s parking ramp, as well as certain landscape and fencing features.

They had already scaled the project down from its original five-story design, based on complaints from the Cambridge community.

“We don’t need approval from anybody,” Khalsa said. “As part of the public project and part of zoning requirements, we present the project to the community for input...Being good citizens and concerned neighbors, we work to include the concerns of the communities in our plans.”

But the prospect of ManRay’s closing comes as tragic news to its dedicated clientele.

“It does have a very cult-like following,” said Elizabeth H. Rivers ’05, who has been a regular visitor for the past two years. “If you go there on a particular night, you will see the same people—it’s such a niche market. There’s nowhere else for these people to go, so you’ll see them every week.”

“I understand the financial and business motivation, but I think it shows the proprietor’s disgraded for the Cambridge and Boston commnity. They’re obviously doing this because of money, and not because of community interests,” she said.

“It would be really unfortunate if it closed or moved out of Cambridge, because it’s a gay club that’s not 21-plus and it’s walking distance from Harvard,” said Skier, who is also a Crimson editor.

“It is the one place that people who don’t enjoy really cheesy, awful, mainstream techno music can go, and enjoy really unique takes on old-school 80s music and really unique genres of electronica,” said Julia C. Davidson ’05, who said ManRay is closer to the Harvard community than other dance clubs, almost all of which are in Boston. “There’s really interesting people—a whole different subculture really—that you don’t normally find in Boston.”

“Even if there are other venues that have a similar scene, it’s a far way to second place,” she said. “They’re not even close. ManRay is far and away the most distinctive of any of its competitors.”

—Staff writer Ryan J. Kuo can be reached at kuo@fas.harvard.edu.