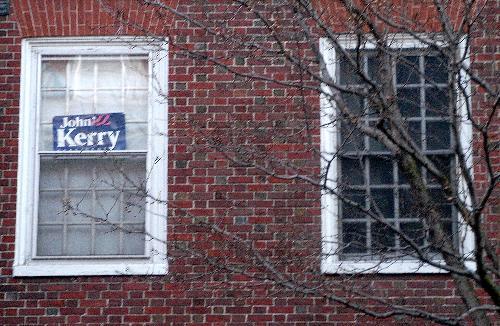 Bush is out and Dean is in, according to a recent survey of Harvard undergraduates on political issues ranging from the Democratic primaries to gay marriage.

Nearly 76 percent of students disapproved of how George W. Bush has handled his job as president, while 24 percent rallied behind him in a poll of 365 undergraduates conducted by The Crimson over a four-day period in mid-December.

The poll had a margin of error of plus or minus five percentage points.

Bush’s numbers reflect an unusually low approval rating—especially given that the poll ended shortly after news of Saddam Hussein’s capture broke. Nationwide, roughly 63 percent of Americans support the sitting president, according to a Dec. 15-16 Gallup poll.

In the question that asked which party’s candidate poll participants would vote for in their Congressional district, the majority of Harvard students—77 percent—identified themselves as voting Democrat.

But college students nationwide are more likely to align themselves with the Republican Party, according to an October IOP poll.

Jonathan S. Chavez ’05, who helped oversee the IOP poll for its Student Advisory Committee, wrote in an e-mail that he was not surprised that Harvard is a “much more liberal campus than the nation as a whole.”

Campus partisans offered their own viewpoints on students’ dissatisfaction with the Bush presidency.

Harvard College Democrats President Andy J. Frank ’05 contends that Bush’s low approval ratings are nothing out of the norm.

“President Bush is a very polarizing figure. You either love him or hate him,” he wrote in an e-mail. “And so Hussein’s capture did little to change these perceptions, especially since Harvard students are so politically aware.”

But Harvard Republican Club President Mark T. Silvestri ’05 wrote in an e-mail that he believes the liberal tendencies of Harvard undergraduates played a part in the results.

With 77 percent of Harvard undergraduates registered to vote, and 81 percent of respondents to the IOP poll stating they will definitely or probably vote, college students nationwide could play a significant role in the upcoming election.

“The student vote could be very powerful in influencing the next election,” Glickman said. “But it all depends on turnout and other factors.”

Regardless of whether or not undergraduates choose to exercise their voting privileges, Glickman noted that the 2004 election has benefited from “a heightened level of student interest.”

“Even just our polling indicates that students are more engaged in this election than previous ones,” he said, adding that The Crimson’s results only substantiate this assertion.

The Dean of Democrats

Dean’s popularity among Harvard students is in line with national polling data.

The public consensus points to Dean as the Democratic favorite, with the former Vermont governor garnering support from 25 percent of Democratic adults surveyed in a mid-December Gallup poll.

Senator Joseph I. Lieberman, D-Conn., and Clark came in second and third among potential voters, drawing backing from 14 percent and 11 percent of those surveyed, respectively.

While Dean’s strong showing among students at the College mirrors the rest of the country, Glickman said it was Kerry’s third place finish that startled him.

“He’s from Massachusetts, so I thought he’d be closer to Dean than anyone else,” he said.

But President of Harvard Students for Kerry Nicholas F.B. Smyth ’05 said he wasn’t concerned by the Crimson polling data.

“The Harvard student body is in no way representative of Democrats in general; it is generally much more liberal,” he wrote in an e-mail.

Smyth, who is also a Crimson editor, said that for now, his group’s primary concern lies in ensuring that Kerry culls strong support “in primaries in New Hampshire and other early states.”

Student coordinator of Harvard Students for Clark Anat Maytal ’05 looked at the poll results favorably. Clark’s showing demonstrates that though he entered the race late, he could net more support over time, Maytal wrote in an e-mail. Maytal is also a Crimson editor.

And though Dean emerged as the preferred contender in the Crimson poll, Eli S. Rosenbaum ’05, another coordinator of the Harvard Students for Clark campaign, said that he thinks Clark will prove to be a viable opponent.

“Many thoughtful Democrats, especially on campus, are worried about supporting someone with more experience putting his foot in his mouth than conducting foreign policy,” he wrote in an e-mail. “Still, many who are angry at Bush have flocked to Dean like lemmings to a cliff. It’s not intentional political suicide, just evidence of a very misguided sense of how to win a presidential election.”

Rosenbaum also suggested that the mounting interest in Clark’s campaign following his visit to the college reflects a wider national trend.

“The more that people see and hear Clark, the more they like him,” he said.

“Harvard and the rest of the Democratic Party are getting behind Governor Dean because he is not afraid to speak his mind,” he wrote in an e-mail, adding that he believes Dean has also won support because of his respect for the typical “American Voter.”

—Staff writer Margaret W. Ho can be reached at mwho@fas.harvard.com.