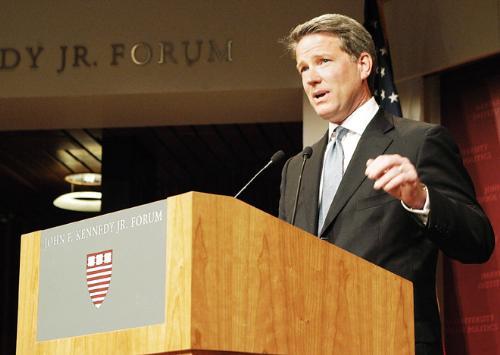 “The more time we express our opinions, the less time we have to talk about the facts,” Westin said. “Unfortunately, opinion is driving out facts too often in most of what we see on television today.”

In a speech entitled “Is Network News Obsolete?” Westin argued that network news is far from dead but that the networks must adapt to changes in media.

Westin pointed to the rise of alternative news sources, such as the internet and 24-hour news channels, which have challenged networks to meet constant deadlines and provide continuing coverage.

Westin said the emergent alternative media is partly to blame for the dearth of objective news.

“Expressing opinion on TV is vivid, entertaining, and in all honesty, less expensive than the alternative,” Westin said. “Therefore, the explosion of news outlets has in its own way encouraged the explosion of opinion.”

Westin acknowledged that there is a place in television for commentary, but said too much commentary can hinder the distribution of useful information.

“It can be very entertaining to have two very spirited people discussing heath care in this country, but I for one would be better benefited by someone coming on and telling me exactly what the state of health care is before we talk about what ought to be done and telling mewhat my real options are,” Westin said.

During the question-and-answer session that followed his speech, Westin said he believes that his warning “parallels” that of Jon Stewart to Tucker Carlson and Paul Begala on an October 15 episode of CNN’s Crossfire—that there’s just too much spin and not enough reporting.

As president of ABC News, Westin is responsible for all aspects of ABC News broadcasts, which include World News Tonight with Peter Jennings, Nightline and Good Morning America. From September 1994 until 1997, when he assumed his current position, Westin served as president of the ABC Television Network. Before joining ABC, Westin had been a partner at the law firm Wilmer, Cutler & Pickering since 1985.

Amy R. Spitalnick, a Tufts freshman who attended the forum with some of her classmates, agreed with Westin’s warning against excessive opinion commentary.

“There is a serious lack of unbiased news coverage,” she said. “I think that if the media had focused more on the facts during the 2000 election, it would have been a lot less controversial.”