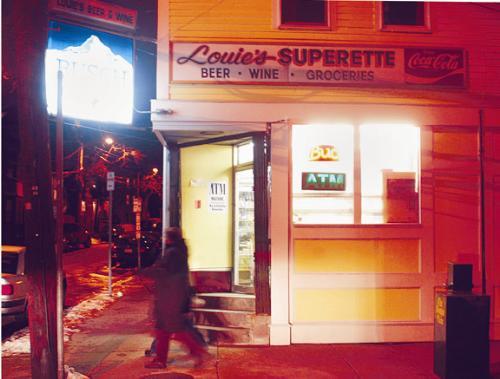 Louie’s Superette, the convenience store next to Mather House, is under investigation after police caught four minors with alcohol.
By Hera A. Abbasi, Crimson Staff Writer

The owner of Louie’s, Cheng-San Chen, said he forgot to check the students’ IDs because he was distracted by paperwork when the students came in to buy a few 40 ounce bottles of beer. He said that if his liquor license is suspended for more than a few days, he will give up the store.

Students said they were surprised and upset to hear that Louie’s, located near Mather House, was under investigation.

“I wouldn’t want to see any harm come to him,” said Mather resident Brian Jin ’06.

“The first time I went there he carded me,” he said. “I’ve never seen him card people who look older than 21.”

The four students all had a large build and were over six feet tall, according to Chen. “They looked like they were over 21,” he said.

Chen said the day after the underage students were caught outside of his store, he started checking the IDs of all customers, including students he knew were of age.

Massachusetts law states that anyone who sells alcohol to someone under 21 “shall be punished by a fine of not more than $2000 or by imprisonment for not more than six months, or both.”

According to the Cambridge Police Department (CPD) police log, an undercover bike unit saw the students buying the alcohol.

According to Chen, the officers were there to protect him (an armed assailant stole about $100-$200 on Jan. 2).

Chen said that a few minutes after the students left his store, CPD officers told him that he forgot to check the students’ IDs.

Chen received a letter from Cambridge District Court yesterday ordering him to appear before the court on Feb. 25 for the charge of selling alcoholic beverages to persons under 21.

Chen said he was thinking of talking to his lawyer today.

He said that the License Commission sends someone to his store every year to make sure he verifies that his customers are over 21, and that he has passed every year.

Scali said the License Commission is trying to finish the investigation by the next commission hearing, March 9, which will decide whether or not to suspend the store’s license. The severity of the punishment will depend on whether the violation was “blatant, unintentional or a mistake,” said Scali.

He said he is confident that witnesses will cooperate, including the undergraduates.

According to the CPD police log, this is the second offense of alcohol sale to minors at Louie’s. Chen said he could not remember the events of the first offense.

—Staff writer Hera A. Abbasi can be reached at abbasi@fas.harvard.edu