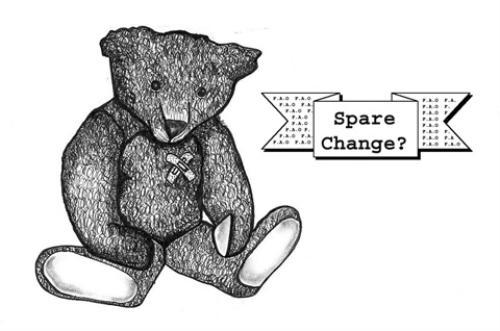 A friend and I recently walked through Harvard Square carrying a large stuffed dog named Schwarz. We anticipated looks, stares and perhaps even insults as we embarked on our peculiar social experiment; however, we witnessed some interesting reactions. Large stuffed animals like Schwarz, we concluded, truly bring out the child in all of us. From the policeman who gave us a sly but heartwarming smile to the garrulous waitress who, after one adoring look, recalled fond childhood memories of the dog’s namesake, we realized that FAO Schwarz wasn’t just any toy store—it was the toy store.

A product of the American dream, the toy store that is now a national institution was started by German immigrant Frederick August Otto Schwarz in 1862 in Baltimore. In 1880, the store moved to its location on Fifth Avenue in New York City, later made famous by a playful Tom Hanks in the 1988 film Big. Many of us grew up watching Big, yearning to go to that very toy store one day and play “Chopsticks” on that very piano.

During my first year at Harvard, over intersession, I finally fulfilled that desire. As my roommates and I headed to New York, the famous toy store was top among our list of must-see attractions. After all, it wasn’t just a store, it was more of a museum—enshrining classic memories, old-school toys, a sense of tradition—forever preserving our childhood. Little did we know that the chain was headed for bankruptcy, filing for Chapter 11 protections twice in 2003.

The store’s Boston location was always part of my tour of the city. We’d have to go in after peering through the crystal clear windows that featured delights we simply couldn’t pass by. We entered to the tune of “Welcome to Our World of Toys,” the background buzz provided by the jingling and commotion of toys. Once upstairs, we were inevitably drawn to the story-time corner to listen to Mother Goose tell of the triumphs of Thomas the train car. The mystery, the magic, the charm, the glee: It was like nothing else in this world, because FAO Schwarz was, indeed, a world of its own. A world of toys, a world of agelessness, a world of no worries.

And now that world might soon be lost. I went by last Sunday to find that the once-clear windows were now plastered with liquidation signs. I walked in to no music. I went up the escalator, but heard no stories. As I was about to leave, defeated and feeling the place eerily empty, I saw a big stuffed dog staring at me. He was alone—the last one. And so I took him home with me.

People like my roommates and I took the FAO message to heart. As the inscription on the large, welcoming bronze bear outside the store declared, the place represented “playfulness, a spirit of love, and the warmth of big hugs.” Schwarz is now my only lasting token of what once was. Though FAO’s fate is still uncertain, whatever the outcome, I hope the magic of that world is not lost to us all forever.