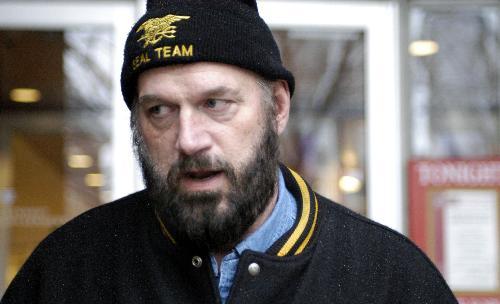 Jesse Ventura, who went from professional wrestler to state governor to Institute of Politics fellow, is doing more than just
By Brian A. Finn

Jesse Ventura, who went from professional wrestler to state governor to Institute of Politics fellow, is doing more than just teaching at Harvard. He’s reliving a college experience he never had. He talked to FM about the merits of a college degree, what he thinks of Harvard parties and whether he could take Arnold in a fight.

1. You had a lot of things that you could have done after your term as governor. Why’d you decide on Havard?

They offered it to me and it fit into my schedule. I also needed to get out of Minnesota for a while. And also, it is sort of an ego trip. I only went to high school and now I have the opportunity to teach at Harvard. Only in America.

Seriously, only in America. I did it also for the experience. I never got to go to college really—where you live on campus and walk to class every day. This gives me the opportunity at age 50 to do it. Here I get to go to classes taught by great professors. You don’t get a grade, but a grade is meaningless—it’s what you retain and what you learn. Like if I go to Alan Dershowitz’s criminal law class, I’m sure he’ll say something that will stick with me. That’s what it’s all about.

3. You’re from the heartland of America. How’s this place different from what you’re used to?

I find a lot of bleeding liberals up here, which I guess is what you’d expect. You need the whole spectrum covered. That’s fine. I can battle both. As an Independent, I’m used to battling both.

4. Do you think that your down-to-earth, everyday-man perspective is something missing in this ivory-tower world of academia?

There was resistance for me coming here because some of these academic people didn’t think I was academically qualified. My answer to them is simple: how many of them have ever run a state?

There is theoretical book-learning, and there is actual going out and taking the theories and applying the theories to the real world. You’ve got the Harvard Business School here, right? Now if these professors are so smart at businesses, then why aren’t they out there making millions instead of teaching here? To me if I’m gonna learn business, why not have someone like Donald Trump over there teaching it? Don’t get me wrong, they’re brilliant people—they’re brilliant theoretically. There’s book learning, and there’s reality.

6.You didn’t go to college, are largely self-educated and yet you achieved an amount of political success in your lifetime that the students here at the Kennedy School could only dream about. Is there something that we’re not getting here at this college?

You’re learning the books. The books are important, but they don’t always adapt with the times. The theories that you’re reading about in the book may not be reality. It’s good to know both, though. I’m not here to say you’re wasting your time going to Harvard. What I’m saying, though, is that it is important to maintain a balance: a combination of book smarts and street smarts. You can look at it this way. Coming here you might not have to learn it the hard way. I had to go through the school of hard knocks.

7.How do you feel about the students you’ve met so far?

They’re terrific. They’re bright, friendly. A lot of fun to get to know. I think I relate to them because I’ve got two children that are their age. Being a parent, I can really relate to this generation.

8.From what I hear, you’ve been to a few parties at Harvard. What’s your take on the social scene here?

I was actually worried at first. I was walking around and I didn’t hear any loud music or people going out. But as the weather has improved a little more and I’ve gained a few friendships, I’ve found that indeed they do party at Harvard.

I’ve not spent that much time at a state school. The only thing that is weird is that they don’t have the fraternities here. It’s much more low-key. At University of Minnesota, they have frat row, and everyone knows that’s where the partiers are. But seriously, I actually thought that you all here were paying so much money and you were so studious that partying didn’t go on, but like I said I was happily proven otherwise.

Are you insinuating that smart girls are ugly?

11.I guess what I’m trying to ask is whether college should be about the education or the experience.

It’s both. It’s young people getting away from their parents. They’ve gotta accept responsibility for themselves. That in itself is an education. In the case of myself, I received that education in the U.S. Navy.

12. But still, aren’t these state schools way cheaper and a better time?

I’d still take Harvard in a New York second. I actually steered a kid here in the late 80s. One of the top hockey players in Minnesota. He’d gotten into Harvard and University of Minnesota, and I told him to go to Harvard. He did, and ironically he was a member of the 1989 Harvard hockey team that beat Minnesota in the NCAA finals.

14.If you were to kind of sum up whatever it is you’re trying to get across, what would it be?

Don’t trust the media. Use your mind, read into the stories, and don’t accept the sound bite that the news media give us. There’s more depth to all this than what lazy media does. You’ve got to be skeptical of what you’re being told.

15. Alright, final question. You might have seen this coming, but I’ll go with it anyway. Your friend and fellow celebrity Arnold Schwarzenegger is now governor of Califonia. In Venice, they’re already selling these “My governor can beat up your governor t-shirts.” If you guys went at it, who’d win?

They’re selling those t-shirts for Arnold now? God. They copy everything. Those are so old they were being sold in Minnesota in 1998. It’s irrelevant. Those t-shirts are ridiculous to begin with. When you’re 50 you grow out of that macho stuff. However I would say this—I’m younger and better trained. Arnold was just a body builder. So you be the judge.