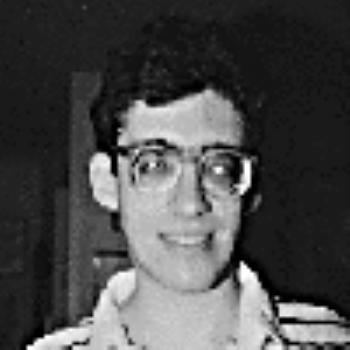 The Lester R. Ford Award—named after a former editor of American Mathematical Monthly and president of the MAA—was created in 1964 to recognize authors of articles in the magazine that demonstrated expository excellence, according to an MAA press release.

MAA officials could not be reached for comment at the Summer MathFest in Providence, R.I., where the award will be given.

“The rational numbers 1/8, 1/32, 1/96, 5/1536...that occur on the right-hand sides of these formulas are remarkably ubiquitous in mathematics and the mathematical sciences: they pop up in contexts ranging from power series for trig functions, to black-body radiation in physics, to abstruse mathematical disciplines such as K-theory and homotopy groups,” Elkies wrote in an e-mail.

Elkies’ paper consisted of three parts. The first was the presentation of a recent proof of Euler’s formulas that Elkies said was not yet well-known in the mathematical community.

Elkies added that the third aspect of his paper examined “the integrals of ‘odd Fourier series’ (series that among other things describe physical phenomena such as the sound waves produced by the clarinet—indeed this part of mathematics is sometimes known as ‘harmonic analysis’!).”

Elkies wrote that he considered one-third of his paper to be original work.

“The first two [parts of the paper] constitute the ‘expository’ part of my paper: the mathematics was known before, and my contribution was only to write about them in a manner that the readers of this journal (typically at or above the level of math majors at an average American college) would find comprehensible and appealing,” Elkies wrote. “The third is also ‘research,’ in that this connection of Fourier series with up-down permutations and the Euler formulas was not known before.”

“As noted in the citation, the paper is a model of clear exposition showing unexpected and interesting relations between different, seemingly unrelated areas of mathematics,” the MAA wrote in its press release.

Elkies wrote in an e-mail that he is in California and will not be at the Summer MathFest to collect his certificate and $500 prize money.

“It is an unexpected honor and pleasure to have my first Monthly paper recognized by the Lester R. Ford Award,” Elkies wrote in an acceptance response that will be included in the prize booklet distributed today.

Up to five Lester R. Ford Awards are given each year. The other winners this year included Ruediger Thiele from the Karl-Sudhoff Institute at the University of Leipzig, R. Michael Range from the State University of New York-Albany, and Charles Livingston from Indiana University.