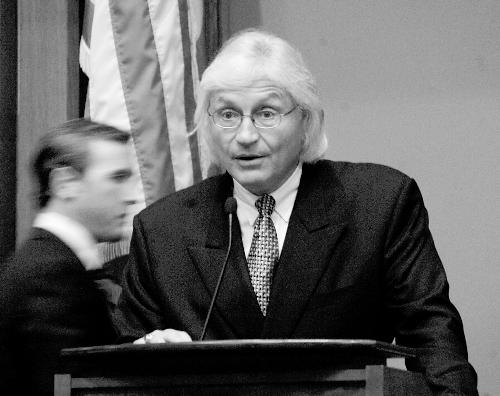 Debate over the media’s treatment of high-profile trials came to the fore at Harvard Law School yesterday, as Michael Jackson’s defense attorney, Thomas Mesereau Jr. ’73, MSNBC anchor and correspondent Dan Abrams, and Middlesex County District Attorney Martha Coakley all participated in a panel on race and the Jackson trial.

Mesereau, who was named one of Barbara Walters’ “10 Most Fascinating People of 2005,” served previously as the defense attorney for actor Robert Blake and accepted the Jackson case after its first preliminary hearing. He explained his reasons for not raising race as a factor in the defense case, arguing that any use of race would only backfire on the defense.

“I said to myself, ‘Race is not going to be an issue in this case,’” Mesereau said. “I looked at it purely in terms of what would help him.”

Mesereau compared his treatment of racial issues in the Jackson case with another case he took, which involved a black city councillor from Compton, Calif. who was prosecuted following a corruption sting. He used racial arguments in that case, he said, because the evidence strongly indicated that race played a major role in the situation.

He also attacked the media in its coverage of trials in general, complaining that the media routinely predicts verdicts incorrectly and has little regard for the actual issues of the trial.

“You look at Menendez one, O.J. Simpson, Robert Blake, Scott Peterson, Michael Jackson; the media usually predicts the wrong result,” Mesereau said. “They are primarily governed by a desire for ratings and money. They don’t have responsibility for what happens to the accused.”

Abrams strongly defended the media’s actions in trial coverage, while arguing against the perception that the media is less credible than the attorneys in a case.

“The only people who should have less credibility than lawyers on TV are lawyers who are paid to take a position,” Abrams said. “The notion that somehow, some member of the media...is less credible than someone being paid to advocate for somebody is an absurdity.”

He also attacked the belief that media somehow affects a trial’s result, a sentiment shared by the other panelists.

“It’s such an easy scapegoat to blame the media,” Abrams said. “I don’t buy the argument that media coverage somehow leads to a particular conclusion.”

Coakley, who is also a Democratic candidate for Mass. attorney general, raised the issue of the impact of race-based trial tactics on victims.

“Anyone who thinks the accuser may be prejudiced against them because of racial or ethnic or some other reason, has that opportunity to play the race card,” Coakley said. “What happens when the defendant plays the race card against the victim?”

The event is the first hosted by the Charles Hamilton Houston Institute for Race and Justice since its grand opening on Sept. 15. Climenko Professor of Law and Institute head Charles J. Ogletree, Jr., sees this event as a stepping stone in the growth of his program.

“We plan to have a number of largely significant issues of race and justice presented this year, all to the public and all free,” Ogletree said.

Future events for the Institute include a Hurricane Katrina summit in February and a conference about race and the death penalty that will coincide with the April release of Ogletree’s book on the issue.